Laura Perrins: Feminists – taking the joy out of life since 1962 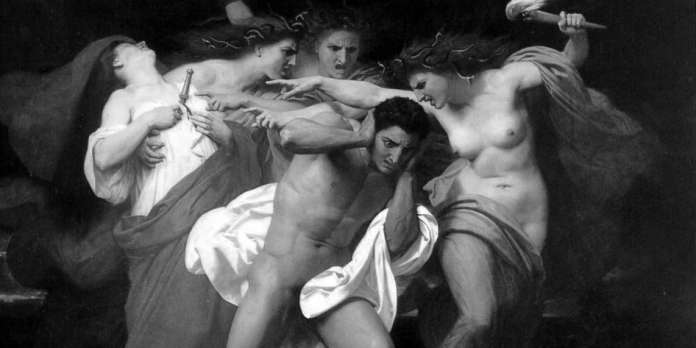 One of the most of hideous things about modern  feminism is the constant moaning. The shrill whining that sucks the joy out of life is never ending. Modern feminism is miserable and often predictable.

Let’s look at some life enhancing moments, big and small that feminism likes to rain misery upon.

Feminists have been trashing marriage for over three decades now, happily to little effect. The majority of young Americans and British still want to get married. Even among Guardian readers (so a self-selecting bunch) only 12 per cent said they were planning on ‘not getting married at all’. A solid majority said they did want to get married. This is despite the feminist view of marriage being the ultimate patriarchal institution.

Not that the pain ends there for our feminist friends when it comes to marriage. Here, Laura Bates, actually admits to the exhaustion involved in keeping up the feminist fight. I have no reason to doubt her exhaustion – I am sure inventing wrongs must be tiring. When the whole world is against you, I guess you feel overwhelmed sometimes. And then the worst happens – someone proposes to you.

But how do you deal the wedding – will you wear white, will you throw the bouquet, and the ultimate – should you take his name (or just stick with the one your father gave you? – figure that one out)? I think I need to sit down and grab some smelling salts. And you thought getting married was supposed to be a joyous occasion?

One of the greatest victories for women was their surge into the workplace. Western women today have opportunities unheard of only a few decades ago. Cause for celebration for the feminists, you might think? Not so fast.

Work, in fact, is a horrible place, full of sexist discriminatory practices. Women are paid less than men, we are told over and over again, even though as Christina Hoff Summers in the US and Joanna Williams in the UK point out, upon analysis the ‘gender pay gap” is a myth. A big fat lie to keep the feminists in jobs.

There are not enough women engineers or mathematicians, we are told. Interestingly enough we are told this by women who would never dream of studying these subjects themselves. In fact, the only thing many of them did study was ‘gender studies’ to reinforce their sense of victimhood. Try designing or building a bridge with that degree.

Margaret Thatcher completed a four-year chemistry Bachelor of Science degree specialising in X-ray crystallography at Oxford (this was in 1943, well before the feminists liberated us all), before becoming the first and only female Prime Minister of Great Britain. Unsurprisingly, she did not call herself a feminist, or a victim.

The only thing that sucks more than work, the worst thing a woman can possibly do, is to spend part of her life doing some full-time mothering. Woe betide you for the horror, the sheer pain that is mothering.

We have this very recent piece from Slate, the feminist Bible, that tells us the only reason mothers choose to leave employment is because the childcare is too expensive, not because they are “maternal softies’. Because feeling maternal is bad I tell you, very, very bad in feminist land, where it rains all the time.

In this piece, Sarah Ditum declares that “feminism is not here to make you feel good about yourself.” I’ll say. Feminism: making women feel bad about themselves all of the time.

Ms Ditum also believes that any women who sees herself as a full-time mother (a full-stop mother) is making a bad choice and it is “heinous waste of human potential.” There you are full-time mothers – wasting your potential again.

Finally, there are even US studies out there that will “fail” mothers in the equality stakes if they do the mothering themselves.

If you thought marriage, and work and motherhood were bad enough, then you have not had to deal with the cooking. Slate once again, pours scorn on the frequently happy task of the home-cooked family dinner.

This used to be known as just making dinner for the people you love, but now it is another thing for the feminists to moan about and wage war against.

“Home cooking” is a ‘tyranny’ and a ‘burden’. “It’s expensive and time-consuming and often done for a bunch of ingrates who would rather just be eating fast food anyway.” In the feminist world, husband and children are odious ingrates dreaming of a Big Mac instead of your spag bol. Seriously, I wonder how these women get out of bed everyday and manage to put one foot in front of the other?

I am not denying that cooking for your family can be tiring, and takes time, but then doing anything for your family takes time and energy, but you do it because you love them. Sure, take a night off if you want, or train up husband if you want, but I really do not think liberty, or happiness for that matter lies in the ding of the microwave oven.