Laura Perrins: Why we should not abolish faith schools 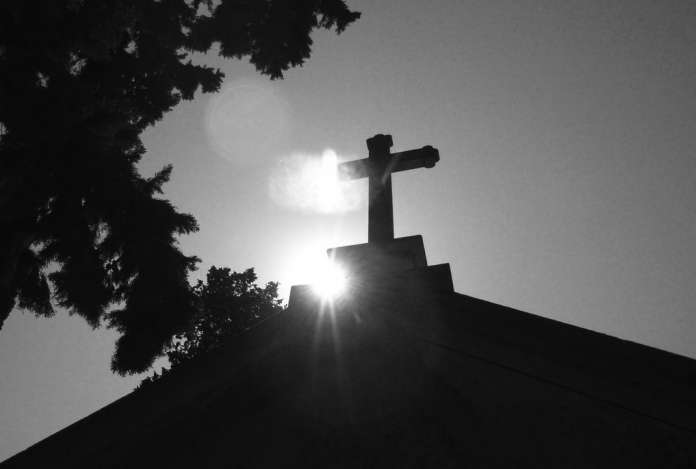 So it is alleged that the World Cup to be held in Qatar was secured through corruption and FIFA was complicit in it. Obviously, the solution is to abolish Wimbledon.

Football and tennis are both ‘sports’ you see, so they are as bad as each other. And if there is corruption in one sporting organisation, there must be corruption in all.

So in fact we should just abolish the Premier League and Rugby Union and all other sporting organisations, as well as Wimbledon, while we are at it. This is the logic of the atheist secularist fools out there who are calling for the abolition of faith schools in light of the alleged Trojan horse scandal.

Also, in the wake of the alleged Trojan horse scandal there has been calls for a return to the British values of tolerance and fairness. But the secularist atheist extremists who advocate for faith schools to be defunded just demonstrate what hypocrites they are.

They are intolerant of all faiths – and the Christian faith in particular. And their manipulation of this scandal to persecute faith schools just demonstrates how odiously unfair they are.

Here are some key points about Trojan horse:

2) They were not even community schools serving an overwhelming ‘Christian’ community. The schools involved served an overwhelming Muslim community. So take your atheist frustrations out on them instead. Only the atheists cannot do that as it would be rightly viewed as Islamophobic, so they just target all religions. The atheist extremists are, in fact, equal opportunity bigots.

3) If faith schools did not exist this community school infected with Islamic extremism would still have operated under the cloak of “State non-religious neutrality” – just all the good moderate faith schools that serve Christians would be abolished. But then this is what the atheist extremists always wanted so this makes sense to them.

1) They are Christian – they really loathe Christians.

This is probably because being religious requires the following: discipline, adherence to norms that do not involve slavishly giving into your own internal desires; and, delaying gratification. Christianity promotes strong and involved families. All of these values are conducive to the academic success. Unsurprisingly ‘if it feels good at the time, do it’ does not.

Here are some interesting facts about Catholic faith schools:

1. Catholic schools and Church of England Schools were educating poor pupils long before the State got involved.

3. Catholic schools were banned by the British state in the not so distant past. The English King wanted to ‘convert and civilise the “Deluded People” of Ireland (sound familiar – religious people are deluded and irrational and immune to reason?) so they passed the Penal laws between 1702 and 1719 banning Catholic education. But parents refused to accept this and opted out completely educating their children in ‘hedge schools’.

4. Catholic schools are ‘voluntarily aided’ so as well as the tax of the parents funding them, they are funded by the church. If you withdrew taxpayer’s money from Christian faith schools you would lose funding from the Church. This would mean more places must be found in the Godless state sector, which would require more taxpayer’s money. Are you up for this?

Finally don’t bother telling me that your taxes should not fund faith schools. Your taxes are not funding them – parents of those children attending faith schools as well as the churches themselves fund them. Unless of course we are going to pick and choose what state services we fund. In which case I don’t fancy my taxes funding the nearly 185,000 abortions that are carried out on the NHS every year. And that is just for starters.