Lack of manners maketh May 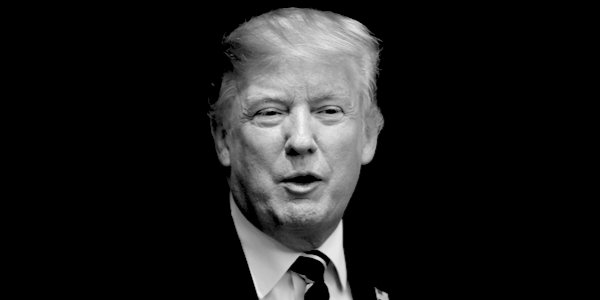 Thick-skinned Trump will definitely come to London. These are not my words but the derogatory headline in Saturday’s Times. The story selectively quoted the US London ambassador. The President, he said, was ‘thick-skinned enough’ to deal with any protests that might greet him.

He will need to be. There are times these days that I truly feel ashamed to be British. Never has an American President been treated so insultingly by both the British government and the wider British establishment.

A reprimand from the Queen at one of Mrs May’s weekly visits would be in order.

So far there’s been no sign of remorse from Mrs May regarding her consistently lamentable stance since backtracking on her State Visit invitation to Mr Trump. Did her parents never teach her that withdrawing an invitation is the ultimate in bad behaviour? Where this stands in the etiquette of diplomacy is anyone’s guess.

If this capitulation to Leftist pressure was not embarrassing enough, Mrs May has allowed it to set the tone of her statecraft – or rather lack of it – vis-à-vis President Trump.

One clumsy and inept intervention has followed another, each designed to show her disapproval to curry favour with the Left, so brilliantly described by Robert James on TCW yesterday as the defining feature of her premiership.

First she took it upon herself to condemn Mr Trump’s comments after Charlottesville for suggesting that the counter-demonstrators shared some of the blame. Injudicious, maybe, but it was not proof of racism. It was certainly injudicious for a Western ally to pass comment on a complex internal US matter.

Then, ever eager to virtue-signal her right-on PC credentials, she delivered an entirely inappropriate reprimand to Mr Trump over his ‘anti-Muslim’ retweets. This time he understandably retorted: ‘Theresa, don’t focus on me, focus on the destructive Radical Islamic Terrorism that is taking place within the United Kingdom. We are doing just fine!’

Nor could the Foreign Secretary Boris Johnson resist signalling his anti-racist credentials. Nor could Conservative MP Nadhim Zahawi wait to ‘share’ a letter he wrote to Mr Trump to register his ‘strong discontent’ at the retweets. Nor could Sajid Javid, nor could Justine Greening. And so it went on.

Liberal Democrat leader Sir Vince Cable went one further, describing Mr Trump as an ‘evil racist’ and calling on Mrs May to cancel his planned visit to the UK.

By now the British establishment was in a queue to say a visit by the US president was now unimaginable. It was toe-curling.

Their memories appeared to be as short as they were selective.

In 2015 the UK hosted a State Visit by Xi Jinping, President of China, which happens to be fifth on Human Rights Watch’s 2018 list of countries which abuse such rights.

Saudi Arabia’s Crown Prince Mohammed bin Salman has just been given a right royal welcome on his State Visit despite his country’s appearance on the same list. I can’t remember Tory MPs lining up to express their disapproval of that.

Of all the world’s leaders it is Mr Trump’s mental health which is questioned, it is the US President about whom casual assertions of his insanity are made. Mrs May had the perfect opportunity to condemn this on the Andrew Marr Show. She did not take it. Her response to Marr’s question was half-hearted, to say the least.

Can you imagine Mrs Thatcher standing for Ronald Reagan being so maligned?

Is it at all surprising in the circumstances that the President decided to cancel his visit to open the new US Embassy?

Yet when the Word Economic Forum presented Mrs May with an obvious public opportunity to make amends and extend the olive branch, she missed it. She was lucky that Mr Trump was gracious enough to announce that a working visit was in the planning.

When this visit was finally confirmed last week, the President’s ‘opponents’ immediately announced plans to take to the London streets in protest. Theresa May stayed silent while her craven officials were reported to be considering staging the visit away from the capital.

Sadiq Khan, warns that ‘if he comes to London’ it will be marred by protests: ‘President Trump will experience an open and diverse city that has always chosen unity over division and hope over fear. He will also no doubt see that Londoners hold their liberal values and freedom of speech very dear.’ A veiled threat if ever there was one.

Nothing from Mrs May. No contrasting expression of her Government’s pleasure at his forthcoming visit, let alone any reprimand for the provocative Mayor. Simply a Downing Street confirmation of the scheduled talks.

FANTASTIC news that President @realdonaldtrump will at last come to Britain on 13 July. Looking forward to seeing our closest ally and friend on the GREATest visit ever.

It is hardly likely to be now. This was the week that Macron stole a march on May and took full advantage of Britain’s broken relationship with the US. He made us look pathetic.

Bu there are none so blind as those who will not see. It is hard to comprehend the arrogance and sheer stupidity of the British establishment.

Not only do we depend totally on the US for our defence, but Donald Trump seems about to secure the most dramatic geo-political change for the good since Reagan’s call to Gorbachev to tear down the Berlin wall!

At least the Bow Group are trying to make amends for Britain’s appalling manners by expressing their total embarrassment  and extending a hand of welcome to President Trump in the knowledge that it is Mrs May’s manners, not his, that require rebuke.