NewsPaperthe art of publishing
Home News Lack of individual morality – the deadly rot at the core of...
0 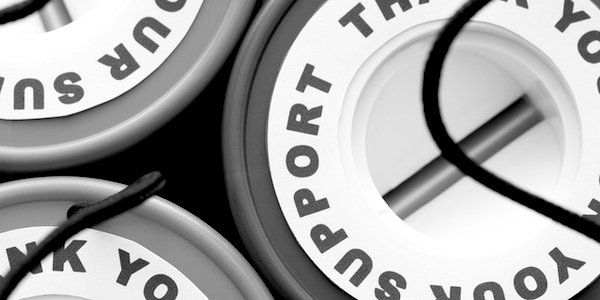 Something is rotten in the state of the charity sector. The carcasses of sex, money and power are piling up in the meat freezers of Oxfam and other charities.

Is the charity sector immoral? No. Neither is it amoral. How can it be? It is zealously devoted to ending poverty, inequality, disease and hunger. ‘We won’t live with poverty’ – Oxfam’s punchy, idealistic strapline says it eloquently. The charity sector is deeply moral – but it has a brave new morality.

I first encountered this morality when I began a Masters in theology at India’s most prestigious theological college. I had previously studied at a Roman Catholic seminary and a conservative evangelical seminary. Individual moral and character formation was at the heart of Catholic and evangelical seminary training, even though it felt a tad Puritanical and straitjacketed at times.

I then passed an excruciatingly demanding entrance exam and entered the hallowed portals of the college that had thrown off the shackles of individual character formation. Our professor of ethics read Gramsci, not the gospel, in chapel. Day after day, students were force-fed a different morality. According to the new gospel of Gustavo Gutierrez, the father of Marxist liberation theology, sin and evil were social and structural. Day after day, we were carpet-bombed by sermons in chapel telling us how the oppressive structures of hierarchy, patriarchy, and capitalism were the real evils.

Some resisted the brainwashing; others succumbed. When I returned to this college as a lecturer, I noticed a fascinating phenomenon. The disciples of the new morality often abandoned personal responsibility and personal moral and character formation. Even those from a conservative stable were ‘liberated’ from moral restraints that had been part of our earlier character formation.

The hypocrisy created by the contradiction between a lack of personal morality and an over-emphasis on structural morality was palpable. Upper-caste professors talked endlessly of inclusion, except when their daughter came home saying she wanted to marry the lower-caste cleaner’s son. Professors with doctorates from Harvard and Princeton berated us with lectures on poverty, but treated their maidservants like dirt – with minimal wages and not even a weekly day off from their slave labour. Feminist lecturers hired underage village girls to cook and clean for them (depriving them of school) but ran a campaign of linguistic Bolshevism revising the Lord’s Prayer to ‘Our Parent, who art in heaven’.

Part of this indoctrination included a sustained attack on ‘charity’ and individuals helping those in need. Some of the lecturers ridiculed Mother Teresa as a supporter of the system. Charity offered the oppressed only crumbs that fell off the table of the rich. Charity was outmoded and oppressive. Social justice activism was cool and liberating. To be a good, moral individual, you had to abandon the creed of individual morality and sign up to the dogma of social justice and systemic injustice.

After all, individual morality was no longer possible in a postmodern world of relativistic flotsam and jetsam. So what if the charity worker exchanges food for sex (unless he gets caught and the charity loses funding)? Individual morality is relative, after all. What is absolute is the economic and culturally Marxist moral code of equality, inclusion and diversity, and the abolition of the real evils of patriarchy, capitalism and hierarchy.

The charity worker (or social worker) has been transmogrified into a social justice activist who seeks a well-paid career in a non-governmental organisation (NGO), even though the government, rather oxymoronically, supports the NGO.

The rot began with the cutting of the umbilical cord joining charity to Christianity – even charities such as the Samaritans, founded by the Anglican priest Chad Varah, have severed this sacred link. I stopped supporting the British Red Cross after it banned nativity scenes from its shop windows. It later tried to backpedal with a rather convoluted excuse about not having ‘items of a religious nature’ in its shops because it would compromise its neutrality. One would have thought that the cross was the central symbol of Christianity! The Red Cross forgets the fact that its founder Henri Dunant was a Reformed Christian, who wasn’t ‘neutral’ about his faith. Amnesty International, which now supports abortion, was founded by Catholic convert Peter Benenson, based on a ‘religious commitment to justice’. Exclusively secular humanist or Leftist worldviews simply could not have spawned such organisations.

My congregation decided to stop giving to Christian Aid after we discovered a consistent strain of anti-Semitism in its advocacy of the Palestinian cause. We also realised that in 2014-2015, Christian Aid received £42.1million from governments and institutions, the majority from the UK and the EU. According to NGO Monitor, which analyses the activities of non-governmental organisations, Christian Aid ‘assumes a highly biased and politicised approach to the Arab-Israeli conflict. Its publications systematically ignore Palestinian responsibility in the conflict and minimise Israel’s right to self-defence’.

In June 2012, Christian Aid issued a call for legislation to ban the import of goods to the UK from Israeli settlements. In May 2016, it released a video entitled Christian Aid’s work in Israel and the occupied Palestinian territory. The video is pure Palestinian propaganda, presenting ‘misleading and false information about the security barrier and water usage in the West Bank’, according to NGO Monitor. Last year the former Archbishop of Canterbury Rowan Williams, and Christian Aid, of which he is chair, led the charge of the Left brigade on the immorality of banks profiting from climate change.

Western governments have further disempowered the church and other religious bodies by taking over the charitable sector and playing Mother Teresa. The state will help you; in fact, if you are a single mother, the state will even be your husband. Once you marry the state, you don’t need the church, the family, the community or individuals to help you.

Unconditional service of the other was a novel ethic, unique to the Judeo-Christian worldview. It was a paradigm shift from three previous ethical systems: tribalism, survival of the fittest and fate. Tribalism dictates that I care only for someone who is part of my tribe. Why should I care about the weakest when Darwinian forces dictate who dies and who survives? Fate, or karma, determines that a person is destined to suffer and is undergoing cleansing for the misdemeanours of a previous life – so charity may actually do more harm than good by hindering the karmic cycle from being completed.

Only in one text does the Hebrew Bible command us to love our neighbour. However, it reiterates the command to love the stranger in 37 different texts in the Torah. This unique motivation to serve the stranger requires both individual moral character and individual calling – because, traditionally, it would require the charity worker to make a personal sacrifice in fulfilling this calling.

The Judeo-Christian tradition transferred responsibility from the group to the individual and invested the individual with the royal agency of moral responsibility and culpability. Larry Siedentop persuasively argues this in his scholarly book Inventing the Individual: The Origins of Western Liberalism.

The transfer of moral responsibility from the individual to the group, government or social structure is the greatest moral collapse in the moral code of the postmodern world. This is the deadly rot at the core of the charity sector and until we deal with this rot, the decomposition will continue.