A Kiwi foretaste of life under Corbyn 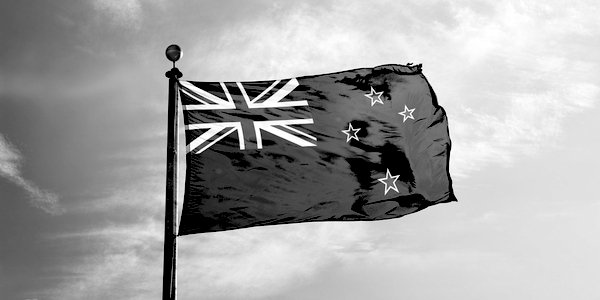 Taxinda, they call her. The resurgent Labour Party in New Zealand lost a fourth consecutive election last autumn, but did enough to deprive the ruling National Party of a majority. When incumbent leader Bill English failed to agree a coalition, 37-year-old Jacinda Ardern was startlingly named the new Prime Minister. The Labour leader is threatening taxpayers’ purses and wallets in an already expensive country by planning a substantial public sector expansion.

Look out, readers, because this sharp left turn is a herald for Corbyn’s government-in-waiting. I spent Christmas in New Zealand, home to the other side of my family. It’s a lovely place, with lovely people. But as in Britain, society is changing rapidly owing to the dual forces of immigration and a young graduate generation that adorns itself with progressive values. Here, too, the liberal-Left has crept through the institutions, and now radical legislation will be foisted on this generally sensible, family-orientated populace.

Virtue-signalling and identity politics are encouraged by the mainstream media. The once-staid broadsheet Dominion Post has abandoned its balanced and informative coverage of national and international events to promote feminism and transgender rights, historical revisionism and anti-American sentiment, with a predictable daily anti-Trump cartoon. A good illustration is the editorial of December 27.

Lorde, a 21-year-old Kiwi singer who won numerous global music awards while still a teenager, cancelled a concert in Tel Aviv after an open letter by two activists sparked a social media storm. Under the heading ‘Lorde’s first steps on new, dangerous stage’, the Dom Post cast the songstress as brave, lauding her ‘political maturity’. Really, she took the easy option, rather than showing courage against bullying bigots. The editorial feared that Lorde’s honourable decision would be tested on her 30-gig US tour ‘given the strong Jewish influence in American politics’. This is the same thinly-veiled anti-Semitic trope of Corbyn’s fanatical followers, dichotomising the world into emancipatory multiculturalism and the evil conspiracy of Jewish oligarchs who control global finance and Right-wing media. The new administration showed its colours by voting for the United Nations motion condemning Trump’s decision to move the US embassy to Jerusalem.

Brexit is seen from afar as the backwardness of Brits. Accompanying the Lorde article, the editorial borrowed a piece from the Observer ridiculing the revival of the old blue passport. We expect such anti-patriotic bilge from our metropolitan elite. But irony is lost when a major newspaper of a nation with a proud identity and strict border controls mocks another independent country having its own passport. Would New Zealanders accept rule by Canberra? The Dom Post is struggling in the digital era, but like our Times and Telegraph, it seems hell-bent on alienating its customers. Kiwi society has a strong socially conservative strand, as shown by the recent referendum on replacing the national flag (heavily rejected).

Like Jeremy Corbyn, Jacinda is a product of the times. Labour does not need to win an election; it just needs enough of a push to get one hand on the reins. And it would be naïve to take this burgeoning movement on the policies packaged for public appeal: we should be wary of the hidden manifesto. Once it grasps power, the Left will soon enact racial quotas, reparations and stifling laws against ‘hate speech’. As experienced with socialist command-and-control governments elsewhere, the electorate will find that merely opposing the party becomes unlawful. Ignorant of history, because of (not despite) all their years in education, the young are oblivious to the plight of the ordinary people during the socialist regimes behind the Iron Curtain, in Cuba and Cambodia, and in the current realities of Venezuela and the increasingly controlling apparatus in China.

Jacinda and Jeremy have much in common. She has a down-to-earth appeal, shunning the favours of office and taking a bus home after her coronation at the Beehive, the parliament building in Wellington. However, in one area she appears significantly different. The youthful Left is extremely pro-immigration, but in New Zealand it is politically acceptable to express fears that foreigners are taking over. In a somewhat awkward coalition, the deputy leader is Winston Peters, a veteran Right-winger who has repeatedly warned of the Asian invasion. Walk round much of Auckland and you could be in Seoul, Kuala Lumpur or Manila. Jacinda too wants a limit on incomers, although she has mollified critics by taking a few boatloads of refugees from Papua New Guinea (irritating the Australian government, as this will surely encourage the people-trafficking that it has worked so hard to suppress).

At a closer look, though, the cooler welcome to the Asian influx is not so at odds with Corbynism. There is a growing hostility on the Left to foreign investors buying land and property, and this can be curtailed only by strengthening borders. Corbyn’s proposed nationalisation programme will be funded on national wealth (and debt), rather than the trickle-down proceeds of global capitalism. My students would balk at their beliefs being assimilated to the Make America Great Again isolationism of Donald Trump, but the US president was elected on a not dissimilar theme of reversing neoliberal neglect. Jacinda’s deputy is the leader of New Zealand First. Be careful what you wish for, young Corbynites!

The good folk of New Zealand deserve better than a costly experiment in socialist redistribution and cultural Marxism. Labour is heading a fragile coalition and some think it won’t last a year. But they should not underestimate the underlying strength of the Left. Its tacit support in mainstream media reinforces the younger generation’s indoctrination on campus and ideological privilege in the institutions. Labour is in tune with the values espoused on social media, which are normative and hazardous to oppose. A friend of a friend tweeted ‘Labour rocks!’ after Jacinda’s victory. We shall wait to see what that means in the real world.