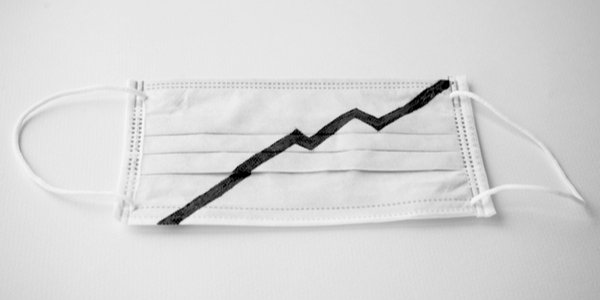 ONE day in the 1980s, I climbed to the upper deck of the bus, where smokers and schoolchildren gravitated, and saw a simple graffito on the back of the seat in front: ‘kill the old’. I didn’t know then that it would become government policy.

For example, there is (or was) the Liverpool Care Pathway, developed in the late 1990s. The word ‘care’ in this context is a sick perversion of the normal usage: even the worst felon in any British prison would not be made to die of hunger and thirst. Allegedly the LCP was to be phased out seven years ago, though the Daily Telegraph then commented that it was merely being ‘rebranded’, replaced by ‘individual end-of-life care plans’, another mealy-mouthed verbal formula that smells of rat.

A couple of years later (2015), the NHS was adopting the United Nations’ ‘Sustainable Development Goals’ (SDG), under the terms of which the death from ‘non-communicable diseases’ of patients aged 70 or over would not be counted as ‘premature’, with obvious implications for health service targets and strategies. This ageism was challenged by Professor Peter Lloyd-Sherlock, seeking to change the word ‘premature’ to ‘preventable’, because: ‘The problem lies in how the UN (and World Health Organisation) define “premature mortality”. This is specified as deaths occurring between the ages of 30 and 69. In other words, deaths occurring beyond age 70 should not be considered to be “premature” and should not be included in the UN target.

To date, he has been unsuccessful, as the deadly word remains in place (target 3.4).

Please don’t imagine it will stop there. Already the ageist attitude is seeping down in the NHS to apply to patients below this cut-off point and to cases that are eminently treatable. My wife, who is under the bibilical ‘three score years and ten’, healthy and active, had a telephone consultation on Saturday regarding a condition that is painful but correctable by surgery. In the course of the discussion the consultant twice came back to her age, which felt to her as though he was implying that for that reason she should seriously consider not bothering.

As Dr Vernon Coleman says: ‘The young who seem to welcome the idea of the elderly being deprived of medical care might like to reflect on two thoughts. First, they may one day be old themselves. Second, the age for cutting off medical services will get younger and younger – as the pension age gets older and older. Today’s 20-year-olds may well find that they are ineligible for medical care when they hit 50.’

(I am indebted to Dr Coleman for his reference to the UN’s SDG, among other valuable points in the same piece.)

In the current crisis, it’s not true that the PM advocated a ‘take it on the chin’ approach to the coronavirus, which might result in hundreds of thousands of avoidable deaths – but in the US, CNBC’s Rick Santelli did.

Yet is it really a choice between the money men’s ‘nature red in tooth and claw’ approach and the blanket curfew here that threatens to crash the economy? The cost of the latter surely dwarfs that of a more focused alternative plan (as others have argued here on TCW): testing, tracking and isolating cases of infection (numbered even now in the thousands rather than the hundreds of thousands); and putting in place protective measures for the elderly and others who are particularly vulnerable – organising systems of supplies, checking the health of their carers etc.

While we are on this subject, why is it taken for granted that thousands in this country should die every year from influenza? Those who want to downplay the coronavirus contrast the low (for now) toll with that of flu – which spreads less easily and is less often fatal. Unlike Covid-19, flu sufferers are most contagious after symptoms appear, a smaller proportion of the population is affected than is predicted for WuFlu, and a smaller proportion of flu sufferers need hospitalisation and intensive care. However, as with coronavirus, the risk of death rises significantly with age and with other health problems.

So why is there not a national plan for annual flu, more than just the hit-and-hope vaccination against the strain that experts guess will become the commonest that year? Not all of us can escape the British winter and go to the south of France as the upper crust used to before the war, but we could all consider our behaviour – and our plans for care – towards those who are immuno-compromised by age and health conditions: we can wash hands more often and remember the wartime slogan ‘coughs and sneezes spread diseases’. Why should flu-ridden employees be praised for taking tablets to suppress symptoms, struggling into work and infecting colleagues (and indirectly, many others), rather than be ordered to self-confine for public safety? Is it merely coincidence that since we started to think about these things, deaths from respiratory diseases in February have dropped by hundreds per week, even when compared with the same period in 2018 and 2019? Are the old being murdered wholesale by indifference and negligence?

In the shadow cast by this pandemic, rough beasts are slouching towards us to be born: the abrogation of civil liberties by the executive (see Peter Hitchens on this), and the death culture that is moving from abortion on a scale that was never envisaged in 1967, past the implications of the way courts have sometimes tackled cases of alleged ‘mercy killings’, towards an ugly scrutiny of the expensive and troublesome aged. Perhaps we are in a battle for values that we thought we were defending in the last war.