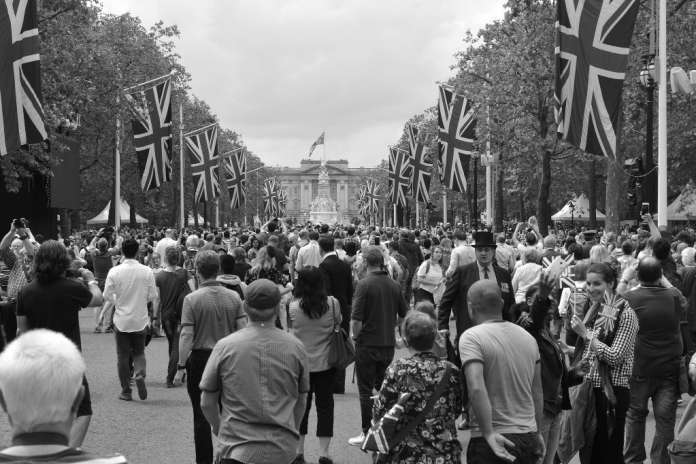 A few weeks ago, my wife and I took our daughter to a petting farm in rural Scotland for her birthday. While in the enclosure that housed the bunny rabbits, I overheard another visitor say to his companion, “Now we’ve got monkeys to look at too”. I looked up, half expecting to see a chimp running about amongst the rabbits. The man was nudging his bemused companion and nodding towards my (mercifully oblivious) wife and daughter. My wife is black and my daughter mixed-race. The man was calling them monkeys. He was making a ‘joke’, which he then, for good measure, repeated. I felt stunned by this imbecilic 1970s-style hatred, directed, in part, against my little girl.

I stared mutely at the smirking cretin as he began to lumber off, playing his words over in my mind, hoping to find some innocent explanation for them. But there was no innocent explanation. I wanted to hurt the man. For a moment, ‘Man goes berserk in bunny petting enclosure’, very nearly became my life’s first (and probably only) contribution to the news cycle. But I held back, not wanting my daughter’s day to be poisoned by hate. This depressing little episode, which left me feeling dead inside for several days, is not some plaintive demand for pity. Rather, the salient point is that I regarded myself as being very different, in terms of human decency, to the racist man.

But apparently I’m not.

Cut to several weeks later. As a ‘Leave’ voter in the recent EU referendum, I am discovering, via certain sections of the media, that I am, in fact, on a continuum with the scumbag who abused my family, part of the same great amorphous mass of oafish haters. CNN’s Christiane Amanpour summed it up when she described the Brexit vote as a victory for “xenophobia”. In a Guardian article entitled ‘We are the 48%’ an anti-Brexit protestor asserted that, “deep racism is not something that happens to other people, locked away … It’s everywhere – ultimately this vote was about race”. Indeed, on just one visit to the Guardian website I read the following headlines: UK faith leaders unite in condemning post-referendum rise in xenophobic abuse; Racism is spreading like arsenic in the water supply; Emboldened by Brexit, Europe’s far right is surging;‘My family doesn’t feel safe here anymore’; Why I will be leaving Brexit Britain; These are scary times for people of colour; It’s become OK to be racist in Britain. The BBC and Channel 4 News are, needless to say, fully down with this narrative of a hateful post-referendum British population baring its teeth.

If this narrative is true, then it can mean one of two things: 1) that the vote for Brexit has changed us (the British people), or 2) it has not changed us, but has instead given us a licence to openly express our normally hidden ‘inner’ beliefs. In the first interpretation, the Brexit vote has acted in a manner akin to the rainfall in the film Invasion of the Body Snatchers. It has arrived, innocuously. But it has infected us, morphing us into terrible new beings. Outwardly there is no change to us. But on the inside, where once a gentle love engendered by EU membership trickled like mountain streams, hatred has now assumed control. Alternatively, if the second interpretation is true, the vote for Brexit has merely pulled back a thin veneer to reveal the true, ever-present nature of the British. As such, we find ourselves gazing into the yawning gates of racist hell. In other words, EU membership has done nothing to reduce our bigotry or extreme nationalism, but has instead allowed it to fester beneath superficialities, yearning for the moment when it can all pour forth. These are the two narratives possible under the ‘Leave = bigotry’ analysis. One is preposterous, the other dismissive of positive EU influence.

Of course, neither of these analyses are true. There are many reasons why I voted Leave, but a hatred of melanin-rich skin was not one of them. Undoubtedly, there are vile racists who have used the Brexit vote upon which to hang their hate-filled epithets. But these people, like the man who abused my family, were vile racists before the referendum. We cannot fashion our political hopes and dreams so as to avoid provoking that slither of society who would engage in such behaviour. Would this not be to imbue these fools, the lowest of the low, with immense power?

The bogeyman that haunts the nightmares of metropolitan liberals is that of the Far-Right demagogic agitator who finally succeeds in rousing the idiot white working-classes from their Sky Sports-induced torpors to become a well-organised band of signet-ring wearing fascists. The hysterical and condescending rhetoric that has accompanied the Brexit vote harks to this fear (the fact that, save for a tear-up on Cable Street eighty years ago, this bogeyman has resolutely failed to materialise does not diminish the liberal Left’s obsession with it).

But the Left should stop and ask itself, how could this imagined bogeyman ever hope actually to affect this dreaded ‘rousing’ of the masses? What would be the bogeyman’s weapon in its quest to exert control over the tiny, malleable minds of Daily Star readers? The answer is fear – the identification and then the stoking of pre-existing fears. Legitimate fear of the effects of unchecked immigration – of the pressure on public services and of the potential loss of cultural tradition and British identity. In order to succeed, the would-be demagogue would have to make the public believe that he or she was the sole bulwark against rapid and unsettling change. Their potency would be directly proportionate to the fears which they stood counter to. To remove those fears – the source of demagogic potency – would be to remove the demagogue.

And this is what is now happening, right before our eyes. To end the free movement of people, as Brexit will bring about (unless a truly humungous betrayal is about to be perpetrated), is to rob potential future extremists of their requisite weapon: fear. People will be far less likely to fear immigration because it will be controllable. Rather, there is the possibility that immigration will come to be more widely perceived as a positive, a tool that can be used to strengthen our economy.

As such, the position of Britain’s long-standing immigrant communities will become more secure. The true threat to social cohesion is posed not by Brexiteers, but by those liberals who would welcome an endless tide of refugees to the UK, and in so doing send fear levels through the roof. A properly implemented Brexit will be the progressive option. I fear, however, that the bunny petting enclosures of Britain will never be truly free of racism: future einsatzgruppenfuhrer need somewhere to hang tough.

Ken MacIntoshhttps://www.conservativewoman.co.uk
Ken MacIntosh is an NHS psychiatric nurse and is married with one daughter. Ken is interested in politics and mental health issues.