NewsPaperthe art of publishing
Home Kathy Gyngell Kathy Gyngell: Want to have sex in barmy California? Get a lawyer...
2

Kathy Gyngell: Want to have sex in barmy California? Get a lawyer first 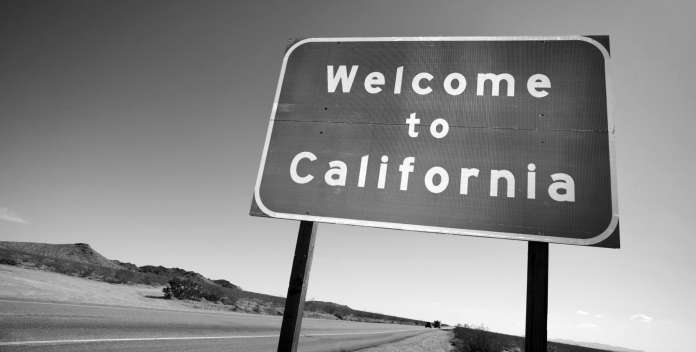 Christina Hoff Sommers, the scourge of American feminists, may be unknown in the UK yet she stands, like Horatio at the Bridge, as the defender of truth and traditional values in America’s culture wars.

This former philosophy professor and author of Who Stole Feminism and The War Against Boys is a national name on the other side of the pond. She is best known for her devastating critiques of late 20th century feminism.  She has also criticised how “conservative scholars have effectively been marginalized, silenced, and rendered invisible on most campuses” in the USA (as indeed they have been here too in the UK).

For years she has been at the forefront of the battle of ideas, challenging the liberal Left’s received wisdoms, not least those of contemporary feminism which she dislikes for: “its irrational hostility to men, its recklessness with facts and statistics, and its inability to take seriously the possibility that the sexes are equal – but different.”

Years of public debating have not worn this heroine down. She continues to write regularly for high profile websites and academic journals. Last week in an excoriating opinion column in the prestigious magazine TIME she highlighted the five feminist myths that will not die.

They are based, she says, on ‘faux facts that have been repeated so often they are almost beyond the reach of critical analysis’, ‘canards’ about female exploitation, discrimination and repression which, though baseless, have ‘become the foundation of Congressional debates, the inspiration for new legislation and the focus of college programs’.

We have our equivalents here. As in the United States, sex differences are routinely treated as self-evident proof of widespread sex discrimination and sex-role stereotyping, rather than the result of personal choices and preferences.

Calls to smash the glass ceiling, to eliminate the pay gap and to end sex differentials are regularly heard in our Parliament as they are in the US Congress, demanded by supranational organisations, academia and the media too.

Sommers’s response is to detail how these demands rest on faulty assumptions and out-dated or partial evidence.

In the TIME article she cites the academic research and cross-national comparative studies showing how most of the theories and ideas built up around gender equality in the last few decades are wrong.

It is timely for the US has been in the forefront of every new front on the feminist agenda. The latest dramatic claim to be taken seriously is that one in five women will be sexually assaulted on campus,  one of Sommers’s myths.

This figure’s  ‘legitimacy’ is that it derives from a national survey. However the survey defines sexual assault so widely, to include  any intimate encounter while at all intoxicated,  that it is no wonder they were able to concoct this extraordinary claim

Despite this it has already driven one State – California – into legislation; legislation that circumscribes the most intimate and personal of relationships between the sexes.

As for a driving test, there are procedures you have to follow if you need later on to prove you obtained the sexual consent of your partner.

Woe betide you if you don’t in California. Their Sexual Consent Bill, which requires students on the State’s ten campuses to seek affirmative consent from would-be partners, is now law.

This is no joke, yet the idea of having the government dictate how anyone should behave in sexual or pre-sexual encounters is both terrible and farcical in equal measure. I cannot think of anything more inhibiting or more dispiriting,  a horrible mix of Big Brother and Brave New World.

Talk about killing off  the natural development of a relationship, let alone romance.  Talk about either inhibiting friendships or equally likely a fast forward to sex.

Far from preventing sexual violence on campus this is unlikely to deter predators or protect victims.  I can imagine it being used rather effectively by the most predatory and the most manipulative.

Its effect will be to codify the current vague rules governing student conduct, to shift the burden of proof to (usually male) students accused of sexual offences. It creates a disturbing precedent for government regulation of consensual sex.

As Cathy Young points out – also in TIME magazine: “there’s a big difference between sexy banter or endearments, and mandatory checks to confirm you aren’t assaulting your partner (especially when you’re told that such checks must be conducted “in an ongoing manner”).

Where America leads Britain often follows, for bad as well as for good. So beware this brave new campus orthodoxy taking hold here.

Like all those other policies intended to promote sex equality and end supposed injustice, it will at best have little impact and at worst,  be invasive of privacy,  counter-productive  and emasculating of men.

But if policy makers finally see through this warped feminist world view and the barmy policies it gives rise to  – and let’s hope they do – it will be no small thanks to Christina Hoff Sommers for puncturing its myths.

May she, and her works, become better known here.