Kathy Gyngell: Schools are becoming a no-go area for men. But male pupils are the ones who are suffering 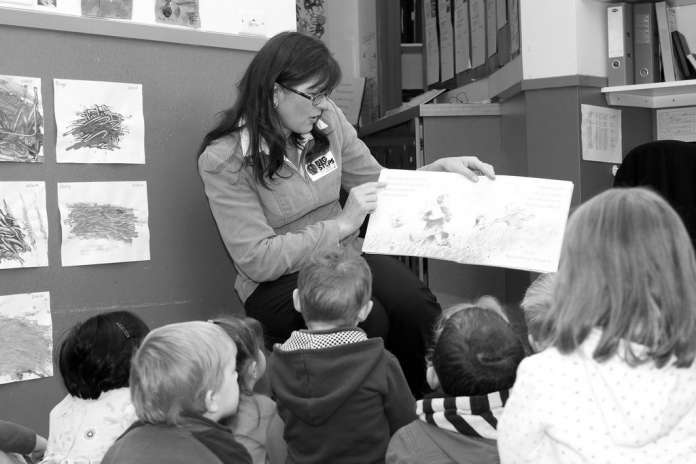 Yesterday I wrote about how feminism was corroding the upper reaches of politics and key public services such as Whitehall and the NHS. Women are being appointed and promoted not on merit – as they should be – but to meet politically correct quotas. Even worse, the quality of the service to the public and patients is falling because the interests of producers (increasingly women juggling the demands of professional and family life) are being put before those of consumers. Education is another prime victim of a world where the customer now comes last.

It is a similar story in schools, where teaching is now an overwhelmingly female profession. Committed males have been ousted in favour of half-committed females – even at the level of heads of school.

In primary schools, over 80 per cent of teaching staff are women. But this has hardly produced a welcome rise in standards.

Just the opposite is true, as Britain slips down the international league tables because too many teachers are insufficiently rigorous or committed to their jobs.

The damage is even more stark in school sports, where there are not enough female teachers with the interest or skills to run after-hours activities. The result is that children are simply not getting enough exercise in schools, which helps to explain why we are gripped by a national obesity crisis.

The negative female influence in education can be seen in other ways, like preference for coursework over exams, which girls generally find tougher.

This lack of competition in schools, including competitive examinations, has been disastrous for boys. It is borne out by the startling statistic that of the 24 leading universities in the Russell Group, only three have a majority of male students.

Across UK universities, there are more than 200,000 more female undergraduates than male. Why? Because the examination system favours girls who are significantly more likely than boys to achieve A level grades in the upper range of A* to B.

According to Mary Curnock Cook, the chief executive of the Universities and Colleges Admissions Service, this ‘very worrying gap’ between male and female performance at school and university is leading to ‘fundamental shifts’ in society. She is right and Cameron should beware of pushing this agenda further.

In law, women made up 60 per cent of individuals qualifying to practise and admitted on to the roll of solicitors in 2010.

Mrs Curnock Cook said: ‘Somebody needs to address what it is about our education system that is allowing females to perform overall so much better than males. If this trend continues it will start to underpin quite a fundamental sociological change.’

While women are forging successful careers on the back of superior performances in school and university exams, boys are being left on the scrap heap by an education system which disadvantages them.

Coursework and modular exams, less emphasis on the physical, outdoor curriculum and the lack of male teachers are all to blame for boys’ underachievement.

The softer module option means that the real knowledge of pupils is insufficiently tested, hence the worrying decline in the attainment of basic skills.

Similarly, the dearth of male teachers means that many boys, growing up in fractured, fatherless households, are left without masculine role models in their lives, which means that they are drawn to street gangs.

One (rare) male primary teacher wrote recently of his despair of today’s long day childcare oriented schooling, which ironically is designed to accommodate the ever more women in the workforce.

Giving the children a good education should be his job, he wrote, being the father, parent and carer to 30 or more children should not. Yet this is what is expected of him.

And it is boys, who, increasingly, in today’s society are without fathers at home and often now with their mothers working too, have adapted least well and suffer most.

It is no wonder that we are raising a generation of disaffected and increasingly misogynistic boys, that white working class boys perform worst and end up being the least employable – adding to their alienation.

The same pattern of feminisation can be seen right across the public sector. The overwhelming majority of social workers and probation staff are women, yet both are services notorious for their inefficiencies, warped priorities and producer led culture. Most magistrates are now women, at a time when the authority of the criminal system is at an all-time low. Nor is it a coincidence that public faith in the police has declined so drastically as the organisation eagerly steps up its drive to recruit more female officers.

Indeed, the Metropolitan Police trumpets its goal that 35 per cent of its officers should be women, an absurd target given that 95 per cent of serious criminals are men. Villains, unlike the Harmanised Chief Constables, have never been equal opportunities campaigners.

The irony, of course, is that the pose of victimhood – which lies at the centre of all this feminist activity – is completely false. In terms of careers and pay, there has never been a better time to be a woman than in today’s Britain.

But I believe, with their shrill sectarianism, endless wailing and enthusiasm for discrimination, the Harmanisers are not just undermining the long-term position of women, they’re unpicking the fabric of our society as a whole.

Share
Facebook
Twitter
Pinterest
WhatsApp
Previous articleKathy Gyngell: Feminism has not just wrecked the Cabinet. It has taken out most of the public sector as well
Next articleLaura Perrins: The breadwinner/homemaker team can be a marriage of equals