Kathy Gyngell: Our mollycoddled millennialists need to grow up 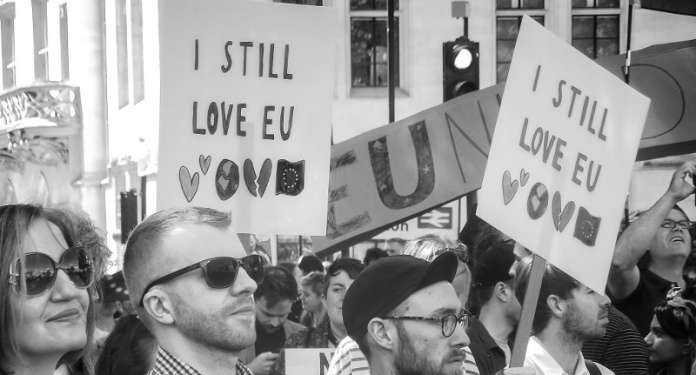 Of the collective nervous breakdowns exhibited after the Brexit vote whose was worse? Was it the shocked hysteria of the well heeled, metrosexual middle classes or the mass petulance of our new university educated millennial ‘youth’?

Neither group deserve much sympathy. But the millennials – the ‘apathy generation’ or ‘Thatcher’s airheads’ – the generation more likely to vote in the reality TV show Big Brother than in an election (a truth borne out on June 23rd) take the biscuit.

At least the urban gentry took themselves to the polling stations in droves to protect their economic self interest.

But the stroppy, ‘the world owes me a living millennials’ stayed rooted to their sofas. They did not so much as shift their backsides to secure that EU ‘safe space’ they had got so used to. Well to be fair 36 per cent of this mostly university educated generation bothered to vote.

Maybe they thought (if they thought at all) that their parents would do it for them, just as they had done everything else for them all their lives?

Their ever accommodating parents would now be forgiven for scratching their heads at the monsters they’ve created. Their ‘yoof’ don’t even seem to realise it was their own indolence that’s to blame for disrupting their  free travel and ‘how can I now afford to go on holiday’ lives.

Not any I’ve encountered in recent weeks, all of whom  made it pretty clear the vote outcome was down to my ‘irresponsibility’ not theirs; that upturning their EU certainties was my fault and that of my ilk.

Brexit has proved quite a revelation in more ways than one – I refer to  finding what a ‘spoilt’ and selfish and self protected generation we have produced and how unaware they are of themselves as the least civic minded and least likely to vote of their age group in generations.

Witness accountancy firm KPMG, who’ve decided to change their graduate recruitment process for people born between 1980 and 2000 – not for efficiency but to suit these precious flowers’ sensitivities and sensibilities.

Three separate assessments over several weeks are to be now collapsed into one, I read, because these anxious graduates are annoyed about how long they have to wait to hear the outcome of an interview, and how long the recruitment process takes. This at a time when there are more jobs out there than ever.

Poor dears. They also complain of not receiving feedback if unsuccessful. Being unsuccessful was the feedback. Accept it.

The trouble is that we – their seniors and parents – are to blame for doing too much for them as they grew up, lazily letting them off responsibilities or onerous duties. We have created a generation of incompetents as a result and now we continue to pander to their lack of confidence.

For all their credit card round the world gap years, parents and schools have over nannied them to a point of irresponsibility. We have made aspiration so important that those who don’t achieve their ‘dream’ go into meltdown from which we then have a duty to protect them – making matters worse.

This cult of me and self fulfilment, set in the context of a rights and victimhood culture, has created about the most toxic cocktail of values that we could have dreamt up to bring them up with, giving nothing to hone basic skills and competencies on.

Heaven help them when they come up against the hard realities of life that previous generations have faced. Will they be able to step up the plate? And whose fault will it be if they fall at the first hurdle?