NewsPaperthe art of publishing
Home Kathy Gyngell Kathy Gyngell: Ministers should not meddle with the nightmare world of transgenderism
46

Kathy Gyngell: Ministers should not meddle with the nightmare world of transgenderism 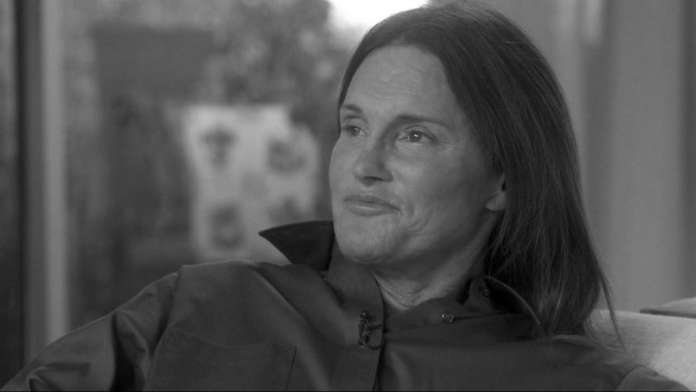 Oh dear I must be having a gender panic attack. No, no, I do not doubt my womanhood. I am just having the temerity to criticise transgenderism and the Government for encouraging this madness.

On Monday, The Guardian breathlessly reported the launch of a ‘landmark’ parliamentary enquiry into transgender equality under the aegis of the oh so correct (except where it comes to her expenses) Maria Miller. They would. After all they were up there in the front row bowing before the cult of Caitlyn (Jenner) from the moment Vanity Fair (and sundry American lobotomised actresses) celebrated ‘her’ rebirth.

And that, quite simply, is not allowed.  Dare to mention the Kafkaesque nightmare that transgender equality law leads us into, and  gender panic is how it will be explained away.

Don’t even think about asking what happens with  separate sex changing when transgender rights are enforced and transwomen or transgirls insist on using the lockers and showers of alarmed women and girls.

Just engage in some mental acrobatics and all will come right.  Transgender analysts are on hand to tell you how. Never mind that it (Doing Gender/ Determining Gender: Transgender People, Gender Panics, and the Maintenance of the Sex/Gender/Sexuality System) also consigns evolutionary biology since Darwin to the dustbin.

There was I labouring under the illusion that gender was determined by biology.  How could I?  Under transgender enlightenment you experience the revelation that gender is all about belief (whatever you want to believe, more accurately) and those beliefs not ever being challenged – by anyone.

‘Self belief’ is what determines ‘a person’s gendered self-identity’ you see. Most important of all is that the rest of society must validate it. That is the rule whether it makes biological sense or not.

There is no doubt that trangenderism has crept up on us while we slept so to speak.  In America transgender activists have been quietly changing laws all across the nation to redefine humanity on their terms. The enactment of gender identity laws has in many cases outpaced same-sex marriage legislation. So far they’ve been passed in 18 states, the District of Columbia, and about 150 municipalities.

But the overt worship of Caitlyn, and “the hectoring of anyone who refuses to scrape before her icon”, has graphically exposed the intolerant and indeed Orwellian edge to trans thinking as Brendan O Neill wrote a few weeks ago.

If this is the road that Nicky Morgan and Miller and the rest of their oh so modern Tory colleagues think it is OK to go down, they must have taken leave of their senses.

I wonder whether they also applaud Thomas, America’s first pregnant transman who transitioned from Tracey back in 2008 by having a double mastectomy and hormones to give him facial hair? The said Thomas being the very same woman who chose to keep ‘his’ vagina and uterus in case ‘he’ wanted a baby? He/she did. He has had three of them, continuing his ‘ masculinising’ process the while. He/she now lectures on transgender fertility and reproductive rights.

The Caitlyn publicity demonstrated all too clearly the fate of those who protest or refuse to buy into the myth. They become the new social pariahs. This is about control, not rights.

We erase gender distinctions at our peril, Stella Morabito argues, especially as they apply to childbearing and rearing, this erasure legally un-defines what it means to be human.

It will dissolve family autonomy, thereby uprooting freedom of association, she says. And if one doesn’t fall into line with the directives of the transgender lobby or its pronoun protocol, free expression becomes “hate speech”.  “Freedom of religion takes a direct hit any way you look at it.”

It is not as though the LGB and transgender rights have created a fountain of human happiness.  Mrs Miller has only to delve a little way into their online debates and Twitter feeds to find wars raging between the different minorities to shatter her rose-tinted spectacles.

She risks enraging radical feminists by pressing the trans people cause. They are outraged by the new orthodoxy that the very idea that females menstruate constitutes transphobia. I am not making this up. Radical feminists have the virtue of still believing women are women. Trans women rage at having their sex free myth punctured, one former self confessed ‘trans cultist’ wrote until she found herself accused of transphobia. Pity the poor children in the playground that Mrs Morgan insists must be devoid of transphobia – bang go their biology lessons and their sanity  with it.

What are they to make of the “ … people get into trans ideology and lose their minds completely … who truly believe that biological sex doesn’t exist and that they cannot access health care unless the doctor validates their gender identity. Imagine that, being in a rich country with available health care, and refusing it just because the doctor wants to treat your physical body based on your actual biology, instead of treating you based on your inner feelings?”

Tussle with that one kids.

The Government would do well reflect on the competing rights culture  their identity politics has already created without tangling with the nightmare world of transgenderism as well.

There is nothing progressive in trans politics. “It is shrill, censorious, unreal, demanding compliance, punishing dissent”,  Brendan O Neill said. He is right. Bruce Jenner is not a woman. The  Government should keep well out of it – except to uphold our freedom of speech.