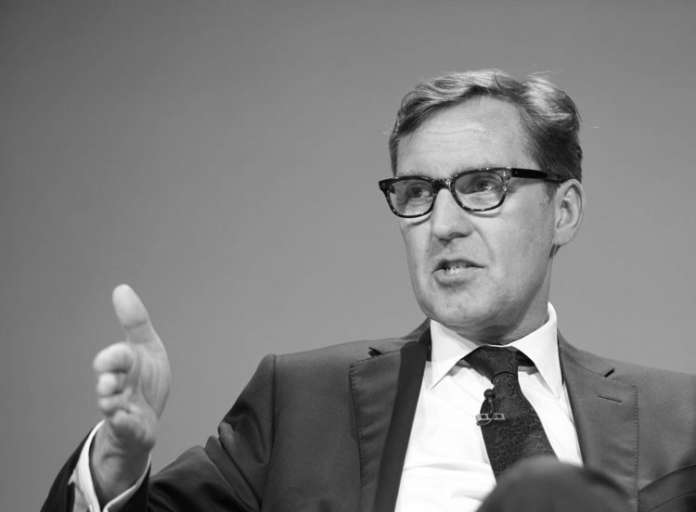 Sometimes I think the Tories have a masochistic tendency built into their DNA.

It is hard to credit that David Cameron is responsible for appointing former Labour Secretary of State, Alan Milburn, as his ‘Social Mobility Tsar’.

This was no empty gesture, no nominal title, no simple  lip service to a Tony Blair style of ‘consensus’ politics.   No Siree.  It was a determined but misguided bid to show that Dave cared quite as much about poverty as did Labour.

He must rue the day he gave Milburn a free hand and a Government (taxpayer) funded Social Mobility and Child Poverty Commission to play with.

Complete with offices, management and staff it has not stopped producing  reports – 16 of them to date – the last of which was published this week – to flagellate the Government and any other ‘elite’ in its line of fire. Higher Education – the fair access challenge and Elitist Britain, are just two of the Commission’s giveaway titles.

Casting my eye over them, however, I find not one has addressed or assessed the evidence for social mobility decline, whom it has affected, how and why?

Neither the ministers who tasked the Commission, “to give its view on what further steps the UK government could reasonably take to improve social mobility”, nor its members, seem to  be interested.

None, therefore, have questioned the received wisdom of declining social mobility (that had already justified the ‘need’ for Harriet Harman’s Equality Act and the formation of a Panel on Fair Access to the Professions, chaired by, who else, but Alan Milburn).

Vested political and ideological interests have eclipsed any requirement of proof.

So for the last three years the Coalition has nourished a viper in its bosom.  Unimpeded Mr. Milburn has used the platform granted him to spin his levelling down agenda in face of (conveniently) ever-escalating ‘child poverty’ targets.

300,000 more children in poverty, he darkly warned this week, and its getting worse. Without government action, he threatened, Britain risks becoming ever more divided.

Don’t be taken in – his is no Charles Murray, “Coming Apart” analysis. This is not an insight into the separation of two increasingly distinct cultural classes – by virtue of a parting of the ways on marriage and values.

Not at all. In fact no analysis underpins Alan Milburn’s checklist for state intervention – manipulated opportunities and outcomes for children and university quotas – needed  to forestall the day of judgement.

Mr Cameron’s and Mr Gove’s  failure to check the received wisdom of falling social mobility (or the academic debate about it) has given  Mr Milburn carte blanche to pontificate.

Checking would have enlightened them about how ‘politicised’ the social mobility debate has become; how claims  of falls in social mobility are little more than a socialist ploy; that economists and sociologists  with careers dedicated to analysing the data still cannot agree as to whether it has taken place.

For a careful review of adult mobility trajectories from the 1991 British Household Panel Survey and the 2005 General Household Survey  reveals evidence of both declining and increasing social mobility!

By contrast, that women’s mobility is revealed to be on the up and up and  their downward mobility in decline.

Contrary to public perception the data shows society still  to be socially fluid (up and down)  as defined by  broken links between people’s origins and destinations.

However, blind to all this they naively allowed Mr. Milburn to proceed without any reference to these subtle but significant social changes.

Now his stultifying diet of imposed equality  of opportunity and of outcomes is levelling all society down, not up, and impeding the chances of genuine social fluidity.

It is bound to when early education (aka childcare) designed to close ‘the school readiness’ gap in fact deprives infants of essential parental interaction, love and care; when parents are put off helping their children – knowing  there is no point  if the state plans to iron out the differences later; when quotas for university ‘access’ based on free school meals and poor A level results  entrench national failure and let down individuals whose degrees have no more value that the paper they are written on.

It is bound to when ‘protecting the poor’ from welfare cuts disincentivises employment.

These are all Mr Milburn’s social engineering solutions to his contrived problem of social mobility decline. And woe betide any political party that fails to step up the plate and implement them.

He would have us pour good money after bad and indeed turn Britain into a permanently divided nation.

For to be sure, the very brightest and the richest will  escape this numbing uniformity.

Can you imagine David Cameron, once out of office – out of the public eye – sending his children to state daycare or to a state school?  In office, yes, but even then only to the most carefully chosen ‘elite’ state school.

Yet opportunity for bright kids from aspirational families with little money and less clout will have been killed by the quota culture.

Does Mr Milburn care? I doubt it. He is not interested in their relative social mobility (meritocracy necessarily based on competition and fluidity of movement up and down the scoioeconomic scale).  His mission is absolute mobility. Everyone  moves together or not at all. Their differences must be  flattened out.

That’s why if I were Mr. Cameron I would waste no time in distancing myself from this socialist levelling down agenda by publicly decommissioning its Tsar.

I would waste no time returning to the hard evidence of what improves children’s life chances and what sets them back.

Unfashionable though it may be there is no escaping the results of the 1958 National Child Development Study (NCDS) or the 1970 National Cohort Study (BCS). They tell us that children of married parents – regardless of class – do best on every score while children of fatherless families do worst – from health and happiness to education and occupation.

On the basis of such incontrovertible evidence, why wouldn’t he, in a spirit of advancing social mobility, want to extend marriage across the social classes by  making  it more affordable (through married couples, family and child tax allowances)?

Why would he not want to give more babies the right start of individual and intimate mother-based home care rather impersonal and inappropriate group daycare for  their pre school years?

And why wouldn’t he want to underline the importance of competition for children’s development and attainment by promising a new grammar school in every town or borough?  (Ukip remember is the only party to have made this commitment)

Furthermore, by funding assisted places (in conjunction with the voluntary sector) at the best public schools he could give the brightest children from the poorest backgrounds the leg up they deserve.

Finally no strategy to unleash aspiration can ignore the negative forces of feminism. It must aim to end the gender bias against boys in the education system.  How is for another blog.

Together these initiatives would expose the  deceit of Miiburn’s social(ist) mobility agenda. They are the only way to create the self reliant and dynamic society that Britain needs to be.