Kathy Gyngell: Farage hands BBC evidence of pro-EU bias as he tells MSM you got it wrong 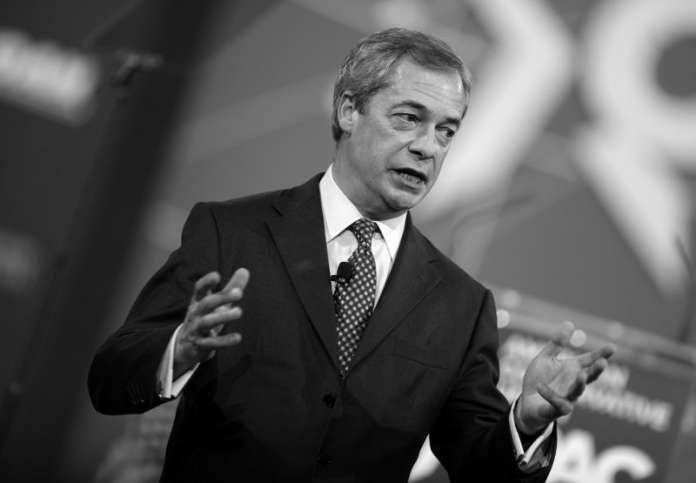 Anyone who thought Nigel Farage might opt for bit of golf and the pub after standing down from the Ukip leadership – how mistaken were they! It’s what he was waiting for. It has liberated him.

Hot on the heels of his USA Trump triumph, Farage is at it again bestriding the world stage.

Not a day after handing over the Ukip reins, he was taking on the world’s media in Copenhagen and boy did he give them more than a mouthful. They didn’t know what had hit them in their ivory tower.

Nigel Farage, as Breitbart reported, “sent the international media establishment into a tailspin by telling them they are wrong on climate change, wrong on immigration and wrong on radical Islam – and that they need to change”.

Otherwise, as Mr Farage ended his speech, “when you come back in 5 years time there’ll be fewer of you”.

Aghast doesn’t do justice to the reaction of this self-righteous bunch at being told to get off their high horses. Watch it to see it. Farage was laughing. They were not crying, but…

Well, they say revenge is a dish best served cold. After 25 years of being labelled by the BBC as worthless or, worse, a distasteful bigot, it was served very cold.

He was laughing, they were funereal.

“It’s not just the political class that is increasingly treated with contempt by the broader public”, he told them,  “actually the national broadcasters, and the rest of media too, are being treated the same way”.

Farage was addressing the News Xchange annual conference for the international broadcast news industry in Copenhagen.  His words sent the audience of around 630 journalists from around the world into a literal Twitter frenzy.

If it was was a great day for Farage, it was a great day and a vindication for our very own David Keighley too, and for News-watch, which has painstakingly monitored the BBC for 17 years. For, in front of the assembled world press, Farage handed the BBC journalist Nick Robinson,  David’s specially prepared file from News-watch, criticising thousands of hours of BBC broadcasting for pro-EU bias.

In all the years of News-watch monitoring reports, David has never had the satisfaction of knowing whether the key accused – the BBC’s presenters and anchors – were ever made by their bosses to read the reports News-watch sent to them every year. We have doubted they were.

Well, now they have no excuse. In front of the world’s media, Mr Farage formally presented them with the evidence of their years of bias. Nick Robinson, I hope you are reading it now.

Thank you Nigel for that. You are inimitable, as PG Wodehouse would have said.