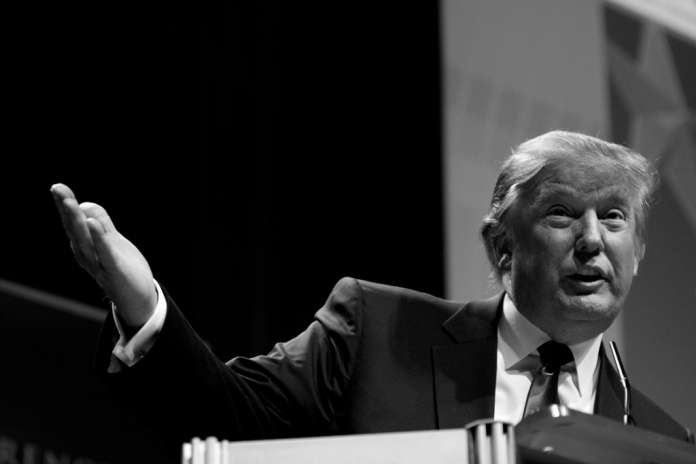 SKZZKOOM! ZZARK! BEEYOK! A new hero has emerged  to save America from its corrupt political establishment and entitled liberal elite. Captain America!

“That gave me the opening I was waiting for”, he cried, a bulging arm launched at Unholy Hillary’s face. WOK! “Now you’ll see what assault really means!”

“Arrhhh”, haggard Hill gasped, staggering back onto the Democrats, collapsing like a pack of cards behind her.

“Arrhhh”, comes a collective gasp of horror from three and half thousand miles away at the BBC’s Broadcasting House. “He assaulted women”, Today presenter Sarah Montague shrieked at her guest, “how did he win over so many women voters”?

“Arrhhh”, gasps polite society across London. Laughable, implausible and then frightening, Nick Robinson of the BBC said. Could it happen? BAM!

Well, what a knock Trump’s triumph has delivered  to their precious worldview.

I would have voted for Donald Trump just to witness this moment – the collective jaw drop – to see the look of shock and horror on the faces of the BBC, to hear the self righteous Left and progressive Right alike trying to explain it! (It must be white male bigots? Good God, some women and Hispanics voted for him – how are we going to account for that?). HEEELP!

They, as I would have done, no doubt voted for Trump because they couldn’t stand Hillary’s ghastly rasping voice and her flipping glass ceiling.

But why more than anything I am relishing this moment is because I am so sick of being shamed into silence about my views by the MSM and polite society; of being told to go to re-education camp or that I ‘misspoke’ as BBC presenter Naga Munchetty told me when I was on Sunday Morning Live last week. I am sick of being told Trump is just too vulgar to be discussed and it’s an aspersion on my character to want him to win. What about his all important challenge to a morally defunct and self righteous elite?

Even the right wing media has crumbled and bought into the ‘he’s unspeakable’ meme, retreating into clichés about this being the ugliest and dirtiest election in US history instead. Actually it wasn’t.

Even the high priestess of the Right, Janet Daley of The Sunday Telegraph, spent last weekend heaping opprobrium on him. She did not just ‘call’ it wrong (Hillary would win she was confident) she also wrote that to vote Trump in would be for “the most powerful country in the world to go technically insane’. “Oh please” Hillary, wipe the floor with him she begged, and “please no” she said to a man she asserts has a remarkably short attention span.

How out of touch this American-born supposedly conservative commentator has become with her people and their lives in the land of her birth.

Daley, to give her her due, is restrained by comparison with the angry not so liberal left and the insults they’ve hurled at Donald over the last couple of years.

But the effect has been the same. It has been that no one here gave Trump the time of day, apart from the brave but embattled Tim Stanley  who manfully took a contrary view in the face of  ‘liberal friends’ who, he admitted, heaped the pressure on to ‘panic’ at the prospect of a Trump denouement – friends who happily discounted the views of over a 100 million Americans.

Only on Election Day did the Telegraph finally publish a ‘why millions like me’ will vote for Trump article.

Its message was coherent and forceful – voting for Trump was “a way of reasserting America’s national interests against a self-centred elite that dreams of reshaping the world in its own image, as over trade deals negotiated in secret by civil servants”.

Quite. And this was just the first of the alternative policies listed that Trump has framed to challenge the status quo of America’s corrupt and broken system, none of which as yet have been fairly discussed here.

That’s because the hatred of Trump has been almost manic, as Pat Buchanan has written about the American media too.

On this side of the pond without a doubt politically correct, sanctimonious style of journalism has been the order of the day – one in danger of the very bigotry of which it has systematically accused anyone who dared to support Trump.