Kathy Gyngell: Killing by kindness. How the euthanasia lobby stole the language of compassion 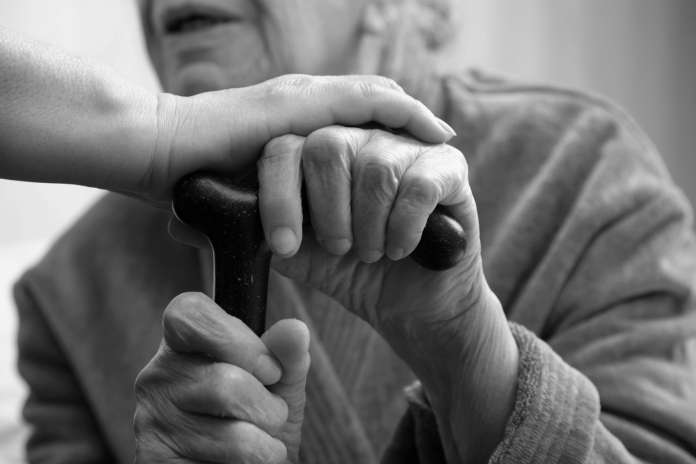 “From now on we should let the suffering play God”, wrote the Sunday Times columnist Eleanor Mills a week ago, with no hint of irony. She devoted her entire column to arguing for ‘assisted dying’.

In Paul Lamb (the paralysed from the neck down and eloquent right to-die-advocate) she said that the campaign had a brave and dignified champion. How could we, she appealed, deny him the death he chooses and the one he deserves?

Although I knew why and on what moral and pragmatic grounds I disagreed with her argument, why her appeal made me quite so angry and uneasy, I was not sure.

That was until I read Charles Moore’s column last Saturday in The Daily Telegraph. Then I saw its intrinsic hypocrisy and deceit.  The apparently morally unanswerable ‘assisted dying’ and ‘dignity in dying’ campaign (of which Eleanor is just one mouthpiece) was down to a clever but dishonest use of language – to a linguistic sleight of hand.

Throughout her article, Eleanor repeatedly used the words ‘help to die’; never the decidedly less cosy, but more accurate, ‘help to kill’. Yet, as Charles Moore pointed out, Lord Falconer’s assisted dying campaign is absolutely not about the help we all need in confronting the great fact of dying. It is about assisting “…people to kill themselves, which is something else.”

Anyone who has stayed close beside someone who is dying – right through to end – knows what their help really means. Practical and emotional, far from being help with killing, it is help with living, with giving comfort, succour and love to the one facing, and yes maybe fearing, death, right up to the moment of death.

To turn the words  ‘help’ or ‘assistance’  into a euphemism for dispatching –  killing – the dying person is a gross perversion as well as an insult to the many, many people who attend the sick and the dying whether professionally or personally.

Eleanor Mills is far from the only journalist to sanitise killing by borrowing (and abusing) the concepts and language of compassion; or to infer that anyone who resists the pleas of the distressed individuals is hard hearted.

Rather it is the campaigners she speaks for who have been calculating. For it is through their adroit ‘colonisation’ of  this language that they have so successfully seized the moral high ground, convincing themselves (and large swathes of the media and public if some polls are to be believed) with their own rhetoric.

Who after all could not want people to die with ‘dignity’? as Charles Moore commented, the phrase that the BBC now uses unchallenged across its news coverage, as if it were an accepted euphemism for suicide. As though thousands of people did not die every day with dignity, not by suicide, but by accepting the course of nature.

Dignity in Dying, before 2005, was the Voluntary Euthanasia Society.  Re-naming was a conscious move by the charity’s executives to expedite their campaign. It was a move unsuccessfully resisted by the Association of Palliative Medicine, who accused them of trying to suggest dignity in terminal illness can only be won by euthanasia.

They wrote, with the Medical Ethics Alliance, to the Trade and Industry Secretary to oppose the change of name – asking that the euthanasia charity’s application for a new trademark based on the phrase be rejected.  Their reasons deserves repeating:

“Dignity in dying is a phrase in common parlance in many sections of the population, being used by patients worried about the care they will receive. Patients often ask whether they will have dignity in dying because they are frightened, feel abandoned, are worried they might be left incontinent, confused or in another state that will undermine their personal dignity.

“These patients are not asking for euthanasia or assisted suicide; they are asking for good care. For the Voluntary Euthanasia Society to seek a monopoly of a common English phrase in order to invest it with a totally different meaning is dishonest and will create confusion.”

It was wrong to claim the word dignity in this circumstance they argued. It is clear now why.

For now the odious ‘logical’ concomitant is that suffering or being in need of care is undignified, contributing in turn to the idea that the old and sick are a burden and should “do the right thing” by just pushing themselves off a cliff.

That is exactly what this law, if passed, will achieve.

So, no, Eleanor, the law on suicide does not need to change. But the perversion of the language of compassion does. So too does society’s view of the old and the dying as a burden – a view which assisted killing can only encourage.