Karen Harradine: The NUS assault on free speech mimics the fascism of apartheid 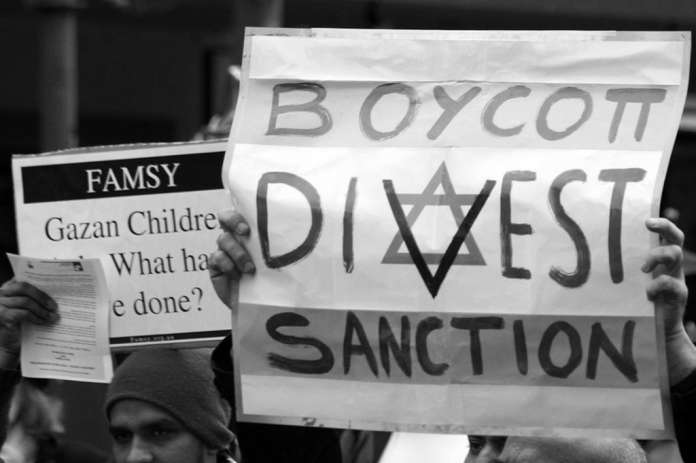 I grew up under apartheid so I recognise fascism when I see it.  The NUS are leading this current generation of students down a dark path of destruction and racism, so similar to apartheid.  Its creation of ‘safe spaces’ reminds me of the whites-only areas enforced by the apartheid government.

The restriction of free speech, advocated by the NUS through their no-platforming policy, copies the apartheid government habit of closing down newspapers that criticised its heinous actions. We had our very own propaganda ‘trigger warnings’ about the ANC. Nelson Mandela’s autobiography was banned lest it ‘upset us’. The concept of ‘cultural appropriation’ was banned by the apartheid law against mixed race marriages.  The NUS and their acolytes are not showing me anything new. They would make the architects of apartheid proud with their creation of such fascist policies. The NUS has become a dangerous parody of itself.

The NUS is made up of 600 student unions and claims to represent seven million students. This adds up to a lot of young people being sullied by an ideology that teaches them that their perceived rights and victimhood are more important than free speech and democracy. My experiences in apartheid South Africa showed me that free speech is a gift, which the NUS is determined to destroy. Its dictatorial policies have meant that the one thing that students fear most – being called racist – is what they have become.

Its contorted virtue signalling is apparent in its support for Islamic hate preachers who spread hostility and anti-Semitism on campuses, while accusing anti-racist campaigner Nick Lowles of Islamophobia and banning him. In a fit of misogyny the NUS also tried to censor feminist Germaine Greer, branding her transphobic.

Despite its mawkish calls for ‘liberation’ these entitled and whining students have no clue about hardship. Going to university is a privilege, an opportunity offered to few. I wonder how much time these students give to their  delusional and disruptive student activism instead of their studies? They waste the gift of learning as they take part in Hamas-inspired demonstrations or by being useless idiots in their support of Wahhabi ideology.

The effect of these antics is made no more apparent than during this week’s NUS conference. Like a bad TV movie, the NUS has truly jumped the shark by electing Malia Bouattia as president. This is a woman who has said that Birmingham University is a ‘Zionist outpost’ and that ‘Zionists’ control the media – a dreadful conspiracy theory which would not look out of place in an Isis handbook.  The fact that someone can advocate so openly for Muslims to kill Jews in Israel and still be elected president shows the extent of anti-Semitism permeating the NUS.

During the conference some students happily listened to a previously unthinkable argument made against commemorating the Holocaust. This hideous speech by Darta Kaleja, and the subsequent applause afterwards, was horrifying and Godless. These students are so blinded by hatred of Jews and Israel that they see nothing wrong with diminishing the memory of those murdered by the Nazis.

Maybe these NUS members have been fed a steady diet of far left lies and myths from their teachers, the BBC and The Guardian. How else can we account for their delighted support of a president who has been endorsed by dire anti-Semitic and Islamist groups like Cage and MPACUK.

Bouattia makes Jeremy Corbyn look like a patriot in comparison. She has refused to to condemn Isis, claiming it was Islamophobic to do so. She has also actively campaigned against Prevent, the government strategy to combat Islamic terrorism. An important aim of Prevent is to save British lives. By stupidly and arrogantly campaigning against it Bouattia and her ilk have blood on their hands.

Somewhere the narrative on defining good and evil has become deformed. No amount of hand wringing will stop these hate filled NUS students ruining the university experience for everyone else who does not share their views. Capitulation to the far left and Islamist terrorism has resulted in wannabe dictators running amok on our university campuses. The marriage between the far left and Islamism has produced some very unsavoury off-springs. The divisive identity politics of the NUS will permeate every echelon of our society unless it is stopped. Moral students should lobby for a vote of no-confidence in Bouattia and disband the NUS. Some brave students are already fighting back. They need our support, especially when it comes to changing the racist and restrictive discourse so favoured by the NUS.

Students need to realise that free speech is sacrosanct. We might disagree with poisonous rhetoric, like anti-Semitism, but there are ways to counteract this without resorting to banning free speech and implementing ridiculous ‘safe spaces’. Free speech means that we have the right to criticise the hatred, racism and lies of the NUS.  We need to teach our children that the British values of freedom and free speech are nothing to be ashamed of. If we do not then I fear that the absurd, the historical revisionists, the racists and the fascists will take over.