Karen Harradine: DFID’s inverted colonialism could cost May at the polls 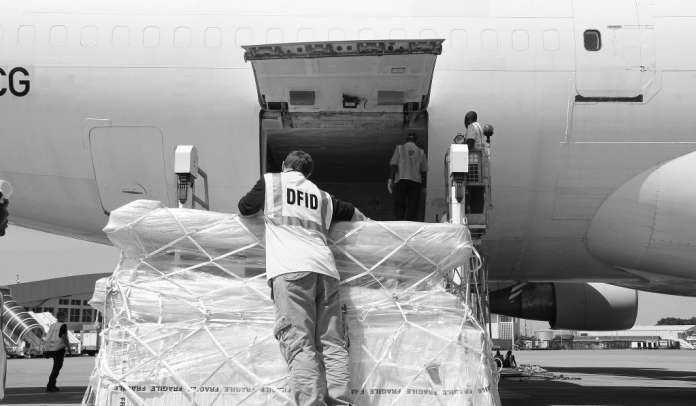 This is part two of Karen’s profile of DFID, read part one here.

The Department for International Development (DFID) should be disbanded and a policy put in place which allows for an emergency reserve of funds to help those in humanitarian need. The UK is a relativity wealthy country but is heavily in debt. A walk around some of our forgotten town centres will show how much more investment is needed in our services and our citizens. So why is Theresa May insisting on keeping on this bad hangover from the days when the Labour Party and the Coalition was in power? The excuse that it helps with the UK’s standing in the world is a misnomer.

Successful countries like Singapore do not have a DFID. Yet Singapore is greatly admired and is a magnet for outside investment. For it is not charitable giving which attracts business investment and allows a country to prosper but rather economic and governmental stability.

Britain is not respected because of its DFID spending. Our standing in the world does not depend on wasting taxpayers’ money on overseas vanity projects dreamed up by unelected apparatchiks, Islamist loving civil servants and greedy CEOs. Respect is granted by how economically strong a country is, how it takes care of its citizens and the prevalence of freedom and democracy.

DFID is practising an inverted form of colonialism in partnership with its cronies at the UN, EU, IMF and the Work Bank. By letting DFID take the lead in financing their needy there is no imperative for foreign dictators and governments to do anything to help their own citizens – other than swallowing up UK taxpayers’ money.

I have previously written on DFID’s careless funding of Palestinian terrorists who maim and kill Israeli citizens. The family of the Palestinian murderer of the young British woman, Hannah Bladon in Israel, will now also receive a salary of £800 per month, donated by DFID.

This means that money, courtesy of the hard working British taxpayer, is being used by our own government to reward the murder of one of its own citizens. This is an evil practice and on this outrage alone DFID should be disbanded. Yet DFID will probably be allowed to carry on with its immoral expenditure on the venal and the greedy.

It has also invested millions into another off-shoot of the UN and World Bank – the failing Climate Investment Fund.

DFID likes to boast about being a major operator in yet another UN operation which channels its hysterical and over inflated response to climate change – the Green Climate Fund:

‘We have provided millions of those without electricity with access to clean energy, as well as supporting sustainable inclusive economic growth by creating tens of thousands of new jobs and helping women and young people access these. DFID has also played a leading role in shaping the international climate finance architecture, including operationalisation of the Green Climate Fund, the major new multilateral vehicle to scale up public and private financing in supporting low carbon climate-resilient growth in developing countries’

It has also spent £14 million on a climate change programme in Indonesia during the 2015-2016 financial year. In this same year the Government announced that the UK would increase its climate change spending by 50 per cent – setting aside at least £5.8 billion for this scheme.

Millions of pounds of taxpayers’ money is been given away to fight climate change in countries other than the UK. Despite good intentions it is a waste to spend billions in developing countries where conspicuous consumption and corruption is rife. Surely this money would be better spent at home bolstering our flood defences and building more power stations?

On 31 March 2016, DFID’s accumulated investments were valued at over £3,500 million. Although they publish a large report and accounts and give details on their investment procedures it is difficult to dig further into the figures. So we cannot be certain of where DFID’s investments ultimately end up. The lack of transparency is disgraceful.

The opaqueness surrounding DFID’s spending is never ending. Pakistani households can receive free money from us for no other reason than DFID comrades wanting to meet their bonus targets. DFID has also reserved £750 million for Afghanistan – promising to improve healthcare there – despite the fact that our NHS is in dire need of a facelift. This is grossly unfair to our own dispossessed and suffering.

And no wonder Bill Gates recently warned Theresa May not to disband DFID. The UK Government pays the Bill and Melinda Gates Foundation £1 billion to fund research into infectious diseases via the Ross Fund. DFID ‘manages’ this fund together with the Department of Health. I imagine Gates wants his Foundation to continue riding the gravy train emanating from DFID’s headquarters, as our global elite have a habit of doing.

Perhaps our Government should instead inject these billions into cancer research and lifesaving drugs at home, especially since the UK has the worse cancer survival rates in Western Europe?

DFID seems to do nothing else but enrich the nefarious and the opportunistic. It indulges in virtue signalling on an enormous basis. Millions of pounds go unaccounted for and taxpayers’ money is wasted on terrorists and dictators. Every action has a consequence and Britons are missing out on what is rightfully theirs.

Tories should remember that conservatives do not believe in big government. The bigger our Government gets the less say we have in how our taxes are spent. I want to be able to choose which charity I donate to and not have this dictated to me by the bunch of globalists who run DFID. There are so many fabulous grassroots charities out there, devoid of corruption and conspicuous consumption, which are far more deserving of our money than any elitist organisations funded by DFID. May has badly misjudged the mood of the public and I suspect the stupid decision to carry on ring-fencing the DFID budget will cost her at the polls.