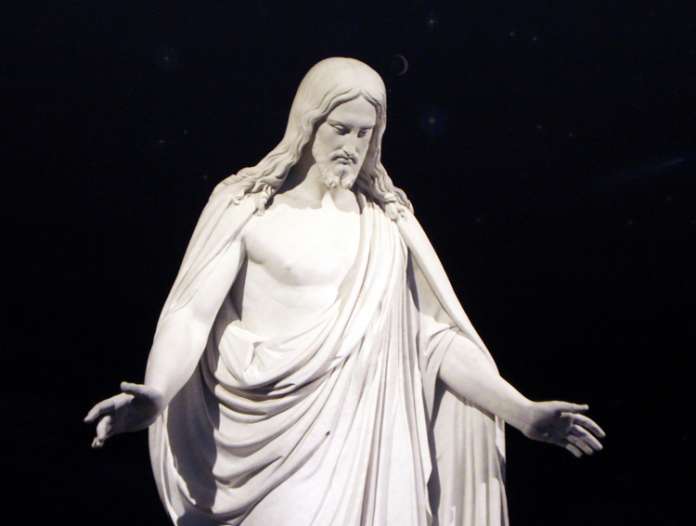 If the man or woman in the street were asked to come up with a new set of Ten Commandments to suit modern society, what do you think people might come up with?

No doubt you could think of some others that people today might come up with.

We’ve seen so far in our series on the Ten Commandments that these good rules for life have their origin in the God who has acted to save his people. These are God’s commands, spoken by the one true God who created the universe and who rules it. “God spoke all these words” to his people Israel through his servant Moses, the book of Exodus tells us as it introduces God’s commands for his people, the people God had lovingly and miraculously rescued from slavery in Egypt.

And we have also seen that when we as Christians view God’s Ten Commandments through the prism of the gospel, through the lens of the fullness of the revelation that we have received in our Lord Jesus Christ, they function in three ways for us.

Secondly, God’s commandments show us the depth of our sin and thus drive us to the Lord Jesus Christ for the forgiveness that we need. God’s commandments shine a searchlight into our hearts and show us that we are breakers of God’s laws. Now in case I am tempted to try to restrict God’s commandments, to try to the limit their scope, so that they don’t include me, God won’t let me do that. For example, in relation to the Eighth Commandment – thou shalt not steal – I might be inclined to think, “I don’t shop-lift, I don’t house-break, I don’t car-jack, so I’m OK on that one.”

Properly understood, the Ten Commandments shine a searchlight into our sinful hearts showing us our need of God’s inner cleansing and the forgiveness which wonderfully we receive through faith in the Lord Jesus.

Thirdly, God’s Ten Commandments give spiritual and moral shape to our Christian lives. They show us the good way God wants us to live as his Christian people, as the people God has saved in the Lord Jesus Christ, as the people God is leading to his eternal Kingdom of Heaven, our Promised Land.

The Apostle Paul in his letter to the Ephesians applies the Eighth commandment against theft and the Ninth Commandment against lying to Christians belonging to local churches. Ephesians chapter 4 verse 25: “Therefore each of you must put off falsehood and speak truthfully to your neighbour, for we are members of one body” (NIV). And verse 28: “Those who have been stealing must steal no longer, but must work, doing something useful with their own hands, that they may have something to share with those in need.”
“Therefore” – in the light of what Paul has just said in the Ephesians chapter 4, highlighting the fact that we Christians have been taught in the gospel of the Lord Jesus “to put on the new self, created to be like God in true righteousness and holiness” (v24) – in the light of our calling in Christ, we are to avoid lying and to avoid theft.

Those behaviours are contrary to the character of the God who has saved us for eternity in the Lord Jesus Christ.

Why might we lie to one another in the church family or lie to those close to us in our families? It’s probably to avoid conflict, isn’t it? We think a little lie will solve a bigger problem. It doesn’t because we corrupt ourselves by habitual lying and we become untruthful, untrustworthy people. We become people who are unlike God who is truthful and trustworthy.

That is not to say that we are to be tactless with people, blurting out what we think at every opportunity without regard to the relational consequences, but it is to say that we are called as Christians to be people who tell the truth. We are called to be truthful like the God who has saved us in the Lord Jesus. The Ninth Commandment reflected in the life of the church.

And also the Eighth in this passage. It’s very significant that Paul addresses former thieves directly in his letter to the church at Ephesus. That shows that there were thieves who had become Christians in the church community Paul was writing to. Paul commands these former thieves to stay that way, former thieves, to make a clean break with theft and to earn an honest living. Why? So that they are in position to give to people in need.

We see how in the light of the gospel these two commandments, the 8th and the 9th, reflect the character of our God and how his character is to be reflected in our characters. We are to be truthful and generous because this is what God is, the God who has so graciously and lovingly saved us in the Lord Jesus.
This is an edited version of a recent sermon at the Parish Church of the Ascension, Oughtibridge.

Share
Facebook
Twitter
Pinterest
WhatsApp
Previous articleAndrew Symes: Curtailing religious freedom is the beginning of the end of all freedoms
Next articleChris McGovern: Destruction of grammars makes a decent school place an outside bet