NewsPaperthe art of publishing
Home News Jill Kirby: Why did Cameron concede so much to Salmond? He could...
16

Jill Kirby: Why did Cameron concede so much to Salmond? He could cost us the Union 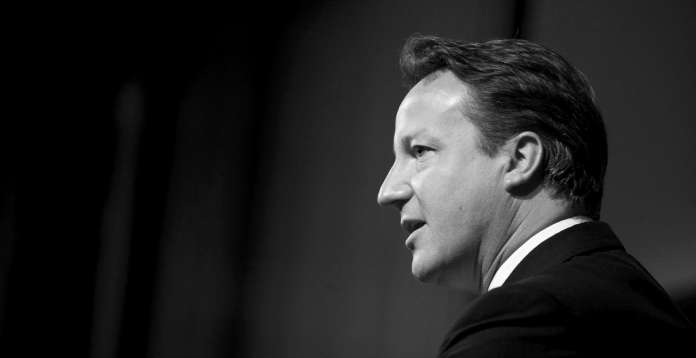 In his last desperate bid to save Great Britain from splitting up, David Cameron declares that his country means more to him than his party. Indeed, in his panic-stricken desire to ingratiate himself with Labour-voting Scots he awards his party a new soubriquet: “the effing Tories.” Mocking self-deprecation is one thing, but your party may not be so keen to join in the fun.

Over the last few years Conservatives across Britain (and a good many at Westminster too) have come to realise that the Prime Minister has very little love for the party he leads. And for true Conservatives, love of party and love of country are inextricably linked. They have not forgotten that before the “modernisation” process took hold, their party was entitled the Conservative and Unionist Party.

What is particularly hypocritical about David Cameron’s declaration this week is the fact that this is a crisis largely of his own making.

The break up of the United Kingdom may yet be averted. But it should never have been run this close. This deeply embarrassing and distressing period of uncertainty and consequent instability has too much in common with all the other near-misses, last minute panics and downright failures (including the disastrous 2010 election campaign) of Mr Cameron’s leadership.

That is why I cannot go along with the Cameron sympathisers, who praise his speech this week and blame Labour for the separation crisis. We need never have arrived at this cliff edge, and we have been brought to the brink by a lethal combination of complacency, laziness, inattention to detail and lack of overarching principle.

I never understood why the Prime Minister conceded to Alex Salmond the basis on which the referendum would be conducted. Why allow the SNP their choice of question? So many of the charges of “negative campaigning” have flowed from this primary mistake. In positing such a fundamental change, surely the question should have been “Do you wish Scotland to remain part of the United Kingdom?” As every PR expert knows, people like to say “Yes!”

The Scottish people should have been invited to affirm their loyalty through a forward-looking campaign conducted in positive terms, making Alex Salmond and his cronies sound like the grudging grievance-mongers that they are.

Instead, the Better Together campaign started out on the back foot, reliant entirely on negatives and fear-mongering. George Osborne (whose reputation for being a skilled strategist has mysteriously survived a series of PR disasters) believed that telling the Scots they couldn’t share our currency would be a hammer blow to the SNP. But this assumed that the Scots would believe him. Sadly, he does not seem to have noticed that the public at large, and particularly those furthest from Westminster, are not much inclined to trust the Government to keep its word.

Was it complacency or a desire to seem “cool” that led the Prime Minister to agree to the SNP’s further request to let under-18s vote in the referendum? Did he really think that Scottish 16-year-olds would prove to be a bunch of conservatives, who would see through Alex Salmond’s romantic vision of a free Scotland, kicking away the tyranny of British rule?

Perhaps David Cameron didn’t really care? It’s hard to fathom. Maybe his former ease in getting out of a tight situation led him to believe that, somehow, Great Britain would survive, and with it his own career?

I have sometimes wondered if the strategy was deliberately risky: let the SNP dictate all the terms of the referendum (including the choice of date) so that when they lose (as he was convinced they would), the victory would be all the sweeter. Truly a “chillaxed” PM, who could say “Look, I gave that little Salmond fellow all the advantages and still he was crushed, wasn’t I brilliant?”

Mr Cameron, you might still get lucky and escape with a “No” vote next week. But your essay-crisis, last-minute, don’t-bother-me-with-the-detail style of governing has done your country no favours. This was an avoidable crisis, for which you must carry a large share of the blame.