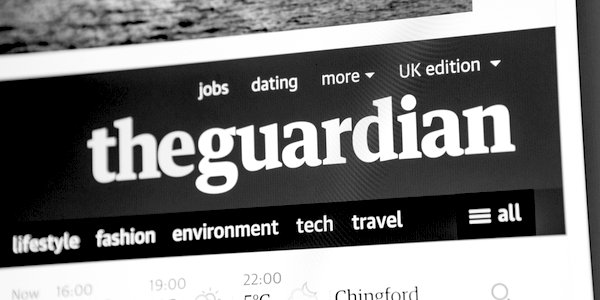 Lefties’ infighting is always fun to watch. It invites comparisons with the spat between the People’s Front of Judea and the Judean People’s Front, as Guido Fawkes pointed out*.

The latest red-on-red was the organisation of a boycott of The Guardian by Corbynistas. The Grauniad’s crime? They had been insufficiently gushing about Corbyn at Labour’s conference. Their journalists had also been accurately reporting on Labour’s anti-Semitism problem and St Jeremy’s part in it. Finally the news that the editor of the Corbyn-worshipping website The Canary was to make a speech on The Guardian’s premises was received with less than the mandatory enthusiasm expected by the comrades. The speech is in memory of a female journalist from an ethnic minority. It is possible that the professional journalists at The Guardian felt that the editor of The Canary ticked only two of the three requisite boxes.

So how is the boycott going? Is Owen Jones going to quit writing opinion pieces in the newspaper?

Well, it isn’t. Jones the Moan is not walking away.

All that seems to have happened is a coordinated tweetfest using the hashtag #BoycottTheGuardian. It was coordinated so it could be the most trending hashtag between 7pm and 9pm on Thursday night. At least several dozen people tweeted how much they disliked The Guardian in 280 characters or fewer. But none of tweeters was a Conservative supporter.

What effect will this have on a newspaper that lost £23million in the last financial year? Probably none.

It is unlikely that anyone who openly declared their personal boycott of The Guardian actually spends money with The Guardian already. They might read a physical copy of The Guardian, but it is probably bought by the organisation they work for. Last year the BBC admitted it spent £139,000 on buying The Guardian. So all that might happen is that some self-appointed zealot working in a state organisation might make people reading The Guardian in their presence the target of the self-righteous sneering they previously reserved for Daily Mail readers.

Despite the begging messages, The Guardian’s website is free to access, so the organisation will not be losing any money there. Perhaps some companies or advertisers will support the boycott by no longer doing business with The Guardian. But that is unlikely. While they are loud, the buying power of Corbynistas is commercially insignificant, especially as they do have a habit of boycotting numerous businesses anyway, making it difficult for businesses to keep up.

So this boycott was not actually a boycott, mainly because boycotts take time to be effective, and two hours’ worth of tweets a boycott does not make.

It was, in fact, an internet hate-fest directed at the Left’s only up-market daily print newspaper. But then socialism is and always has been about hatred. Hating different economic ideas, professions, countries, peoples and ethnic groups. So socialists were just doing what socialists do.

The only worrying aspect here is that these professional haters, or their ideas, seem to be getting dangerously close to forming part of a future British government and its policy. The political mood is that this assumption of power will be by default because the current government is seen as imploding by some commentators. Labour appears to have found a way to sugar-coat Marxism is such a way as to attract a disturbing amount of support. The next time these boycotters mount a boycott, it might be from a position of real power over you and me.