NewsPaperthe art of publishing
Home News Jessica Goldfinch: I know the foodbank, so Leave holds no terrors for...
27

Jessica Goldfinch: I know the foodbank, so Leave holds no terrors for me 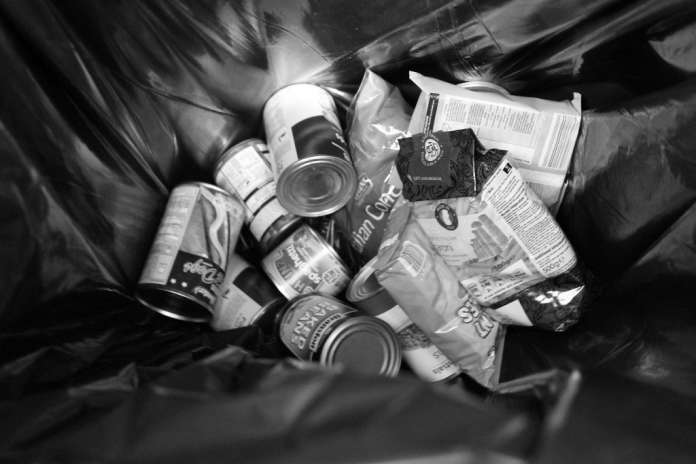 (Jessica Goldsmith has been given a special commendation in the TCW Brexit competition. We invited our readers to spell out the best trade and economic arrangements for Britain independent of the EU. We have had some splendid entries rebutting the pessimism of David Cameron’s Project Fear. The winning entry will be appear on Tuesday. Congratulations to Jessica Goldsmith. A bottle of TCW champagne is on its way to her.)

I am a single-mum, of 49, to an 18 year old at university. I am in the political centreground and now a floating voter. While studying for and standing in for a Green MEP candidate at hustings and interviews, I found my passionate “in” turn to “out”. I discovered how ‘it’ all really works and was astounded, angered and saddened. The irony.

I have become part of a new class, “the educated poor”, reduced to barrel-scraping alongside my euro coach-riding counterparts.

We fight over scraps of hours, whittled out of proper jobs in an economic scam, which means I cannot compete with people who only have to pay £50 per week in bed-shift sharing caravans or multi-dwellings. Jobs previously done when I was a student or travelling have become diamond-prized.

This is nothing to do with “the recession”, this is EU policy at work: scrap-heaping young people and middle-aged alike. Selling Greece a turkey or to Turkey, making lop-sided economic recovery on the backs of working and educated poor, while systematically draining new EU countries of their futures and destabilising the entire job market. So we have teachers being teaching assistants and PhD chemists picking asparagus. All honest work, but what a disgraceful waste.

I am so, so tired of being told to take my medicine and like it, because it’s good for me. The actors, “slebs”, the economists, the politicians of all hues and all the people who are not touched by the consequences. I’m tired with taking the hit.  I’m tired with being set up against fellow Europeans in a scrap over dregs. I fear the anger and hate of despair.

The first trip to the foodbank already under my belt, so don’t threaten me with: it’ll be even worse if we leave. It can’t get too much worse than asking for sanitary products to be added to our food parcels.

Mum, why are you crying? Because I used to give play therapy to Bosnian refugees and now I can’t even get an honest bloody cleaning job for 14 hours a week.

There are risks to remaining and risks to leaving. Even the parliament briefings come out as fairly neutral/quid pro quo in effect. There are always risks in an uncertain future, but I can’t stay knowing that I will have to take more of the same medicine. I take my chances. I trust us to do it. We might falter a bit, but democracy, sovereignty, freedom and dignity are always worth it.

My daughter and I will be voting “Leave” on the 23rd June.

Cling tightly out there.

Jessica Goldfinch was brought up in a British armed forces family at home and abroad. She has a background in psychology and she is a writer, political & mental health campaigner and proud mum.