NewsPaperthe art of publishing
Home News Jason Newman: The Left revels in the politics of hate
28

Jason Newman: The Left revels in the politics of hate 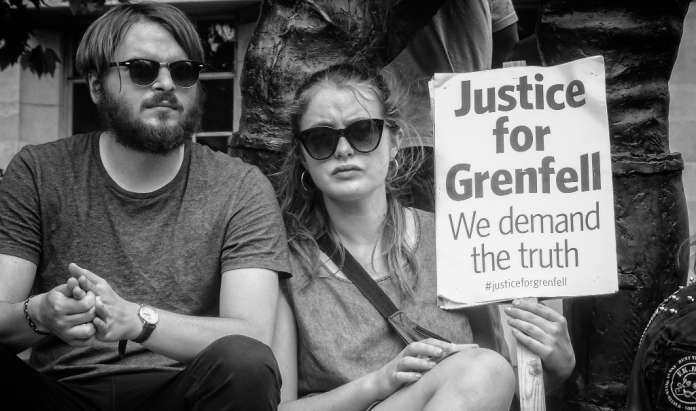 “A hideous ecstasy of fear and vindictiveness, a desire to kill, to torture, to smash faces in with a sledge hammer, seemed to flow through the whole group of people like an electric current, turning one even against one’s will into a grimacing, screaming lunatic.”

This passage could easily be describing any number of protests, sit ins or demonstrations taking place in the US or UK on a now seemingly weekly basis. It is however George Orwell’s description of the “two minutes of hate” the citizens of Oceania “willingly” engaged in at the same time each day to express their anger at the villainous Goldstein.

Upon hearing the name of the “day of rage” march that took place in London on Wednesday it was impossible not to think of Orwell’s “two minutes of hate.” Having now read many of the misspelt placards present at the march, it is a safe bet that the name was merely a coincidence devoid of both irony and literary knowledge and not a deliberate menacing conflation. The majority of those protesting most likely think Airstrip One is the proposed name of a new London airport.

Luckily, the march turned out in the end to be all hype and no substance with minimal violence and minimal attendance. The few that did show up, however, ensured their deranged hatred for the evil Goldstein was known with chants of, “Hey! Hey! Theresa May! How many kids did you kill today?” No doubt exhausted in the midday sun, they still managed to gather enough strength to show their adulation for their saviour Big Brother with a chorus of, “Oh, Jeremy Corbyn.”

Wednesday’s events turned out to be a damp squib, but week after week the forces of the regressive left on both sides of the Atlantic engage in their own moments of rage.

In America recently, Evergreen College was virtually shut down when far left activists effectively held faculty members hostage because of some nonsense claims of white supremacy. A professor had the temerity to refuse to take part in a “day of absence” in which white students and faculty would leave campus for a day. Students blocked the exits, when the college president asked  if he could use the bathroom, he was told he could do so but had to be escorted by two of the students. Any attempt to reason with the protestors was met with expletives and slanderous accusations shouted directly in the face of faculty members. The brave professor in question had to be escorted off campus upon being informed a “mob” was searching the college for him.

Listen to the bile spewed at Theresa May while fleeing St Clement’s church. Look at the manic anger on the faces of those that stormed Kensington town hall and assaulted a man they thought to be a Tory councillor. The list of “rage incidents goes on.”

Conservative-minded people are often accused of seeing the world in black and white with an inability to recognise nuance. Yet people like Bernie Sanders and Jeremy Corbyn will stand up and declare war on the top one per cent or ten per cent, stating that this wealth should be redistributed and that the wealthy prevent this by forming some sort of financial cabal. They will accuse any politician opposed to them of being in bed with big business (they’re not always wrong, of course; some are but many are not).

Politicians who take issue with these policies will also inevitably be accused of having a disdain for the poor. The implications are clear: in the mind of a socialist anybody who has accumulated wealth cannot have done so fairly and anybody in power can only have gained that power by nefarious means. Therefore, both are categorically bad groups of people.

In the aftermath of the terrorist attack on Finsbury mosque, Saint J.K. Rowling tried to make some stupid conflation between Nigel Farage’s comments on mass migration and the motives of the attacker. Now I have yet to see (perhaps I am wrong) any footage or writing of Nigel Farage attacking Muslims or immigrants. In fact, it is to his credit that he will always clarify his statements saying “some Muslims” or “some migrants” when referencing certain unpalatable deeds of members of both groups.

This nuance is not seen on the left. With Corbyn and Sanders, it’s never “some” wealthy people or “some” politicians of the opposing side; it is politicians and wealthy people period. Similarly, in the case of Evergreen College, it’s never “some” white males who are responsible for “some” of the world’s woes – it’s simply white males who are responsible for the world’s woes.

This rhetoric fosters a simple good vs evil view of the world (every march will invariably have an “evil Tories” placard). Both Sanders and Corbyn foster a victim narrative, anybody not in power or a member of the top 10 per cent are victims of power and the top 10 per cent.

Happily, most people who don’t fall into these categories don’t accept this ruse but a sizable proportion (many of them young) actively embraces the victim status. By embracing their victimhood they see themselves on the side of good. They are the oppressed against the oppressors and as a result they build up an incredible amount of resentment and bitterness.

Ultimately this bile has to be released and directed towards a target. Inevitably, it’s released against the people Corbyn and Sanders have vilified. They have presented these people as conspiring oppressors and consequently morally justifiable targets. Why wouldn’t you fight somebody who was oppressing you? If somebody is, therefore, a morally justifiable target there is no end to what can be justifiably done to them in the name of justice and the struggle against oppression. These “victims” reach such a level of fury that they would to paraphrase Orwell “unquestionably tear them to pieces if given the opportunity.”

The rhetoric used by the Left inevitably leads to prime ministers being rushed to their cars past a mob spitting the most vile misogynist abuse and to a Tory councillor (as far as the attackers knew) being beaten up. In case the argument for nuance and the stupidity of the “wealthy equals bad” argument needed to be made: the poor man who was beaten up was a financial consultant and business owner  who had given up much of his week to provide help to the genuine victims of the tower fire in any way he could. At the risk of triggering somebody, I must also report that not only was he a male but a white one at that. Furthermore, luxury accommodation for the surviving victims has been sold to the government at just a fraction of the original price by one of those cigar smoking fat cats that so hate the poor and needy.

The poisonous language that has become mainstream on the left creates this Goldstein-like caricature of anyone who disagrees with them. Selfish, pleb-hating cynical people much like Goldstein for the most part do not exist.

It’s a caricature that allows leftists to feel virtuous when releasing their rage and launching unwarranted verbal and physical attacks. If rich, cruel oppressors did exist en masse, as the Left suggests, then a year of rage would be justified, as would some of their actions. But as they are fictional creatures, the Left’s phoney outrage and reprehensible actions can never be justified and must be called to order before they escalate.