NewsPaperthe art of publishing
Home News Jane Kelly: The shock is not the 100 attacks on German women....
274

Jane Kelly: The shock is not the 100 attacks on German women. It is the liberal media cover-up 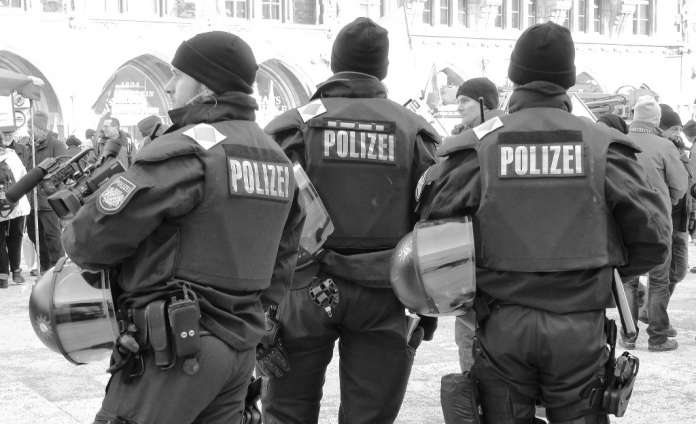 Many ladies of a certain age give up on joining New Year street festivities. The pleasure of being jostled about in a huge melee for hours in the cold palls after about the age of thirty. Many young people love it, of course, especially in Germany where ‘Sylvesternacht’ is a huge festival with fireworks. I enjoy it vicariously so my ears were alerted when I heard on BBC Radio 4 on Monday that something had gone wrong during the end of year celebrations in Cologne.

The BBC report was rather vague and, mysteriously, five days late. Women, no one said how many, had been physically assaulted, but it was not clear how badly or more tellingly, by whom. A reporter mentioned that ‘extreme right wing groups in Germany’ were blaming migrants. Hearing that, most of understood immediately that we were entering into taboo territory.

The event was back on BBC news that night, but again in a nebulous report. Only from reading a broad coverage of news on line did it become clear that at least 90 women in Cologne had been sexually molested, some raped and others terrified. There had also been similar attacks in Munich.

It had obviously been a New Year nightmare for both men and women, trapped inside Cologne railway station, encircled by a crowd of aggressive young men, North African and Asian immigrants who had thrown live fireworks at their victim’s legs. Party goers were jumping and running to get away, while the Africans set about grabbing and groping for all they were worth. A young woman later told reporters she’d felt, ‘fingers on her every orifice,’ after she was stripped near naked. Women were stripped and kicked to the ground, others were followed by men chanting the very unpleasant words: ‘Bitch, ficki, ficki.’

Considering the current controversy about mass migration to Germany, it was strange that this commotion went unreported for five days. Some news agencies now report that ‘News of the attacks was suppressed for days,’ with just short reports of isolated incidents in Cologne city centre making it to local newspapers on New Year’s Day.

Cologne’s own paper, The Kolnifsche Rundschau, called the scene at the railway station, ‘largely peaceful’ and made no effort to describe the attackers.  Only after nearly 100 victims of assault and abuse came forward to police, and stories of attacks started circulating on social media, did the truth start slowly to emerge, forcing local police to hold a press conference on Monday afternoon.

Despite the chief of police admitting the enormous scale of sexual assault and confirming the attackers were of ‘North African and Arab’ origin, much of the German mainstream media, just like the BBC, desperately tried to shift the focus from migrants, or avoided reporting the event completely.

Only the German edition of the Huffington Post came clean and published a scathing editorial criticising the police and media for their attitude. Not just for failing to keep order in the first place, but for suppressing the truth in a most duplicitous manner, by appealing for witnesses but refusing to release descriptions of the Arab and African suspects.

Breitbart, an American news network with a bureau in London, was the first news site in the English-speaking world to report the events on New Year’s Eve, and received a number of messages from eye witnesses but they are still waiting for a comment from Cologne Police. They were followed by the decidedly non-PC Daily Mail which acknowledged Breitbart for breaking the story. The BBC, which has offices in Cologne, were reluctant to report the story at all, and when they did, on line, they didn’t mention the migrant attackers until the 18th paragraph. Similarly, the German national news broadcaster, Deutsche Welle, only mentioned the description of the attackers in the tenth paragraph of their report.

The reason for the cover-up was a desire by the German police to preserve public order and any sort of violent reaction to the attacks. Like the BBC their main worry was activity by right wing groups. A week later, three suspects have been identified, and no arrests made. So much for the reportedly enormous security camera surveillance now installed in many German stations.

It seems clear that the Germans have had their first taste of what Swedish women have been experiencing for years. 1975, when beautiful, blonde Swedish women shocked the staid British newspaper reader as they led the world with ‘sexual liberation,’ and became known as the most emancipated women in Europe, 421 rapes were reported to the police. In 2014 the number reported was 6,620, an increase of 1,472 per cent. Sweden is now number two on the global list of rape countries. According to a survey from 2010, with 53.2 rapes per 100,000 inhabitants, is surpassed only by Lesotho in Southern Africa, with 91.6 rapes per 100,000 inhabitants.

Significantly, that report did not touch on the background or ethnicity of the rapists. In Swedish government statistics, second-generation immigrants are counted as Swedes. Swedish law forbids registration based on people’s ancestry or religion.

It seems that the Swedish and German police are going down the same road as the British, who, as we know, ignored the issue of foreign men attacking indigenous British women in Rochdale, Rotherham where 1,400 white girls were abused by Asian men over a sixteen-year period, and Oxford where almost 400 girls were abused by Muslim men over a similar length of time.  Last November there was another report of a similar case in Rotherham, where a teenage girl had been raped almost every day for years and used as a commodity to settle her abuser’s debts. Attacks on white girls all over Europe elicit a profound silence. In the EU at least, ‘community relations’ trumps the comfort and safety of western women.

It was sad that the German girls in Cologne on that winter’s night didn’t have brave boyfriends who could protect them. Middle class boys and men are obviously not used to fighting and discouraged from defining their gender in a traditional way. In fact most girls are now largely undefended, by partners, husbands, family, police or any agencies of state.

It is perhaps understandable then that the Mayor of Cologne, one Henriette Reker, was reticent about  the New Year attacks, not mentioning migration or any failure of integration, but blaming the victims of the sexual abuse for having failed to defend themselves against the immigrant attackers. On German TV news she said that in future local women would have to be better prepared in her city to deal with migrants.

She remarked: ‘The women and young girls have to be more protected in the future so these things don’t happen again.’

She did not mean that the local police would get on the trail of their attackers, but advised them to dress, you guessed it, more ‘modestly’ in future and go about in large groups. No more walking home from a night out on your own. It is up to girls to protect themselves and it seems the surest way to do that is to become more like their sisters in the Middle East. Cover up, shut up and stay in doors.

It was hard not to compare the reporting of events in Cologne with another story out at the same time, but greeted with a lot more joy. On Tuesday Temba Bavuma made history when he became the first black South African to score a Test century. The media, including the BBC and the Daily Mail went wild with adulation, continually emphasising his race and colour.

A BBC reporter begged a South African sports expert to explore the long term ‘significance’ of his success. The reply came back that it would take at least fifteen years to work out all the ramifications of this wonderful African achievement, echoing Zhou Enlai’s famous words that the French Revolution was too recent for us to yet know its full effects.

There is something so very patronising about all this. The message is: If you are not white (I.e. not yet fully adult) you cannot be expected to understand or keep civilised laws. On that basis, unless you are a celebrity who is available for a spectacular trial by tabloid, if you commit even terrible crimes you will be forgiven, the elites of once great nations will stand back and let you get on with it because they wish above all to be seen as good, tolerant people, not like those ‘right wing groups,’ who criticise without understanding.

For those in power in Europe, the privileged white community best represented by the BBC, the vital thing is to be seen as relativist in all judgements, pious and politically correct. The comfort and safety of women cannot really be allowed to get in the way.