Jane Kelly: Randy pensioners beware. The law is stacked against you 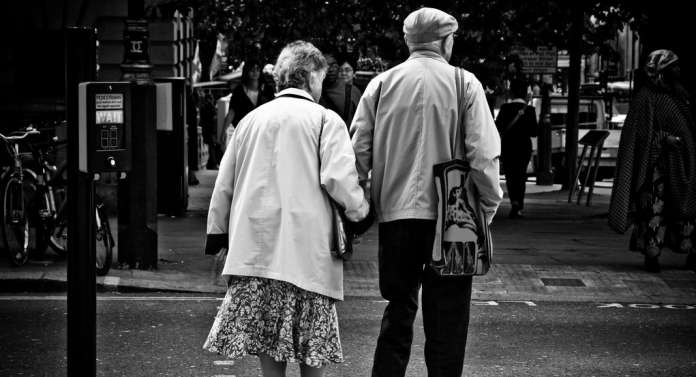 Imagine the scene. It’s probably not too hard, most of us have been there. You are a bit lonely and want some new company so you go to a bar or a club and see someone attractive. It’s your lucky night, they respond warmly, they’ve had a few drinks but so have you. There is quite a disparity of age between you but it doesn’t seem to matter as you are both well over the age of consent and find one another amusing. Later you are both drunk, possibly the only thing you have in common, but you want the fun and warmth to go on so you invite the new person back to your room.

In your bedroom you are a bit scared. Its been a long time but the other person takes the initiative, tears off her clothes and gets into your bed. You do the same, there is a bit of fumbling but she quickly fallsinto a deep slumber. You try to rouse her by rubbing your body against hers, no use. The fun is over, you both sleep. At 3am you see her to her night bus, no hard feelings.

The next day you feel it was all a bit of a let- down but at least you pulled, and put it out of your mind, until the police arrive and arrest you for sexual assault. Not long after that you are standing in court hearing a judge warn you that a custodial sentence is likely.

On August 29th, Chelsea Pensioner, Patrick Teegan, 72, was sent to prison for a year and put on the Sex Offender Register for ten years as a result of just this situation. He took home a drunken woman aged 29, who took off her clothing and got into his bed. He committed some minor frottage against her, she is described by newspapers as, ‘the naked victim,’ and now he is in absolute disgrace and prison.

Sexual mores in the UK are changing fast, I can hardly keep up, and discover to my surprise, that I have been unknowingly ‘assaulted,’ throughout my life since the age of about nineteen. Like many people who were students in the 1970s, I have climbed into bed with many people after parties and they have done the same to me. I was often too tired or tiddly to say no. I once let it happen because I was inebriated and awoke the next morning to find he was not the man I thought he was. I didn’t know him. We had breakfast hurriedly and said goodbye politely. Later when we met he’d give me a knowing smile, but as far as I was concerned I knew nothing about it. That was the kind of sexual freedom we once had, and it didn’t seem complicated in any way. If only I’d thought about suing him and all the others for assault I’d be financially much better off today.

Of course I am thinking that we are all equal under the law, forgetting that Patrick Teegan is an elderly man. For some reason the law is now particularly ferocious in regard to men over the age of fifty who pursue women. They are considered as predatory and outrageously dangerous as paedophiles. Women of a certain age who go after younger men are called ‘cougars’ and regarded as amusing and harmless.

Mr Teegan’s original mistake perhaps as a man with what I would term a healthy sexual interest, was to become a Chelsea Pensioner in the first place. By doing that, and accepting the security of accommodation and food at Wren’s Royal Hospital, the decorated former Warrant Officer allowed himself to be turned into a caricature of a useless, redundant old soldier. Once he took on the title of ‘pensioner,’ he was giving up his rights as a human being to have sex freely with another consenting adult.

Sadly Mr Teegan didn’t manage to have sex that fateful night at all, all he managed was a bit of friendly rubbing against a sleeping woman. For that he goes to prison and loses everything. Charles II who founded the order of Pensioners in 1682 would not have understood his crime at all, it would have been as inexplicable to him as the combustion engine and moon landings, and I am as outdated as him finding this custodial sentence is totally baffling and terrible.