It’s the Left who are today’s true Nazis 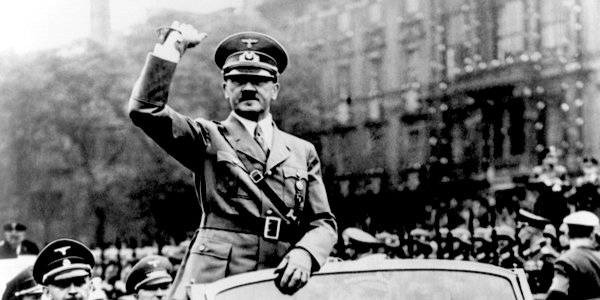 HAVE you noticed that the extreme Left, however inadvertently, is doing a rehabilitation job on Adolf Hitler, the Nazis and Fascism? It seems that the Fuehrer and his henchmen – Hermann Goering, Heinrich Himmler, Joseph Goebbels, Martin Bormann, Reinhard Heydrich and their mates – were not so bad after all. In fact, they were no worse than Jacob Rees-Mogg, President Trump and more or less anyone who, these days, consider themselves to be conservative.

Those of us in the centre or on the centre-Right of the political spectrum, many readers of The Conservative Woman, for example, need to start seeing behind our designation as ‘Nazi Scum’. Fanatics on the Left who hurl the tag around so freely are actually paying Adolf and his team a bit of a compliment. Remarkably, given the extent of their crimes, the Nazis cannot have been too bad if they are rated no worse than the average supporter of Nigel Farage, Boris Johnson or even, for some, the likes of Theresa May or Michael Gove.

The Labour Party acolyte whom the BBC invited to question the Tory leadership candidates the other evening reflects a growing willingness on the Left to reach out to the Nazis in a spirit of understanding. According to him the most ‘harmful’ part of Hitler’s ‘legacy’ was his ‘abuse of the term nationalism’.

This fits well, of course, with the growing mood of anti-Semitism on the Left. Since Hitler hated the Jews, perhaps he was not so bad or, at least, no worse than your bog-standard conservative.

Much the same mindset is also growing in the US. Young, starry-eyed and recently elected congresswoman Alexandria Ocasio-Cortez (aka AOC) has compared migrant holding centres on the US-Mexican border to Nazi concentration camps. So why all the fuss about Auschwitz, Treblinka, Majdanek and so on? Arguably, the Representative is simply ignorant but her stance, however unintentional, sugarcoats the Nazis and the Holocaust.

Nor should we forget that the ‘socialist’ part of National Socialism extended beyond extermination of the Jews to support for animal rights and environmentalism. Hitler was quite the romantic when it came to mountains, forests and our four-legged friends. His love of animals explains his probable veganism. And do not forget that he also had a great affection for children – of the Aryan variety, at least.

Today’s classroom eco-warrior protests and school strikes would have been right up Hitler’s street. A love of the natural world and the good health it promoted underpinned youth movements in the Third Reich. Cabaret, the musical adaptation of Christopher Isherwood’s Goodbye to Berlin, makes this hauntingly clear in its prophetic hymn of praise to ‘right-on’ young socialist eco-warriors:

The sun on the meadow is summery warm

The branch of the linden is leafy and green

But somewhere a glory awaits unseen

Tomorrow belongs to me.

The Left have far more in common with the Nazis than, presumably, they realise. It is time for all of us, including the media, to reflect on what is going on here. There can be no greater defence of Nazism and of Fascism than to equate it with the views of today’s mainstream politicians and their tens of millions of supporters in the West. ‘Nazi scum off our streets’ was the scream, recently, of a baying mob of anti-Trump protesters, as a milkshake was thrown over an OAP, Mr or Mrs Average, wearing a pro-Trump hat, in Parliament Square.

We should be very worried indeed by the current turn of events, of which this was symptomatic. Explosions of anger amongst crazed extremists on the Right are evident enough, too. The wicked murder of Labour MP Joe Cox and the vile Charlottesville car attack, however, should not distract us from the broader picture.

The Left’s inadvertent love affair with aspects of Nazi ideology is blind, subliminal and much more pervasive and dangerous than the self-confessed extremism of the pro-Nazi fringe of the extreme Right. Total intolerance and the casual acceptance of violence is becoming mainstream amongst Left-wing opponents of reasonable opinion. Comedienne Jo Brand’s call for acid to be thrown in the face of an elected UK member of the European Parliament was defended on the grounds that it was a joke.

Acid attacks, much like Jew-baiting and baying mobs assaulting a pensioner wearing the wrong cap slogan, can always be defended as a bit of a joke. Very Nazi!