It’s not unChristian to oppose too much immigration 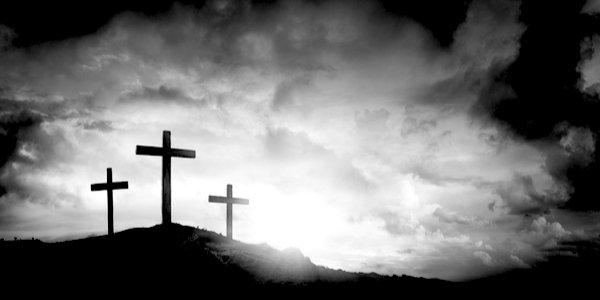 THERE is probably no issue which furnishes a higher potential for virtue-signalling than that of immigration. To declare how much one supports it and to trumpet all the benefits which it brings affords an immediate passport to liberal respectability.

As a Christian pastor, I have long been grieved to see how the churches have generally sided with the cultural Marxists on this issue, despite the Biblical warnings not to conform to the fashions of a God-rejecting world. Also, as Alp Mehmet and Robert James have helpfully pointed out on TCW, it is far from easy to get politicians of any hue to grasp the nettle of seriously cutting immigration levels.

Not only have the churches feebly emulated secular liberalism on immigration, they have claimed that multicultural societies are a distinctly Christian goal and the ultimate virtue to be pursued. The received wisdom is: the more diverse society is, the better.

So let us face the issue head-on: is it ‘un-Christian’ to believe in the necessity of strict immigration control? Are those who advocate curtailing the flow of migrants into the UK doing so because of their dubious morality and unwholesome attitude to those who are different?

Should I as a Christian pastor be hanging my head in shame because I am deeply concerned that net migration into Britain in the year to March 2019 is running at 226,000, and because the annual average since 2014 is even higher than this, approaching some 300,000? Does the Lord Jesus Christ require the creation of multicultural societies as a moral imperative? Is it in defiance of the law of God for a nation rigorously to control its borders?

Contrary to the decades of PC propaganda which we have had to endure, nationhood and controlled borders are in fact good and wholesome institutions ordained by God Himself. This establishment of the nation state concept goes right back to Genesis chapters 10 and 11, when ‘the isles of the Gentiles (were) divided in their lands, every one after his tongue, after their families, in their nations’ (Genesis 10:5).

God’s creation of separate language groups at the Tower of Babel (Genesis 11:9) shows that a primary means of His governing a fallen world is the division of peoples into distinctive nations. By such means the ambitions of grandiose and multi-faith unions of peoples are restrained. Such unions will inevitably be opposed to the authority and exclusive claims of the Trinitarian God. In the knowledge of this providential ordering of the world. Moses declares plainly in Deuteronomy 32:8, ‘The Most High divided to the nations their inheritance’.

In Numbers 20 and 21 we read of the Israelites travelling from the wilderness to the Promised Land. They needed to pass through the territory of the Edomites and Amorites. So they asked their kings for permission to travel through their lands. Moses told them that his people would not stray from the main highway, nor touch any crops, because they did not belong to Israel. He even offered to pay for any water that Israel’s cattle consumed in transit. He thus carefully observed the Edomites’ and Amorites’ boundaries as being ordained of God, and worthy of all respect. This obligation to respect national boundaries remains no less in force today.

From the time of Abraham to that of Christ, God used a single nation with carefully defined borders as the vehicle for the unfolding of His purposes of redemption for the world. This teaches us that the institution of nationhood cannot be intrinsically wrong or morally inferior. Nor does the new covenant reverse God’s decree concerning nationhood made at the Tower of Babel rebellion. We thus find the apostle Paul telling us in the New Testament that ‘[God] hath made of one blood all nations of men . . . and hath determined . . . the bounds of their habitation’ (Acts 17:26).

Yes, of course, the spiritual kingdom of God is made up of believers in Christ out of every tribe and tongue. Furthermore, both as an obligation and as a delight, the Christian loves his neighbour, whoever he is and wherever he comes from. These are primary truths, which we resolutely uphold. Many churches, however, have abused these truths, using them to justify the abandonment of the Biblical concept of nationhood. They have adopted instead the New Age, secularist and pagan idea that a melting pot, cosmopolitan world order with open borders is the ultimate virtue.

One of the pioneers of modern New Age thinking was Helena Blavatsky (1831-1891), who co-founded the Theosophical Society. She described the aims of the Society as being

‘to vindicate the importance of the Brahmanical, Buddhist and Zoroastrian philosophies . . . [and] to form the nucleus of a universal brotherhood of humanity without distinction of race, colour or creed’.

Note how those words have a distinctly modern ring about them. This quotation from a convinced occultist and pantheist shows that human oneness leading to the dilution of nationhood is far from being a Christian concept. Yet churches in our day are aiding the liberal secularists in embracing an openly New Age, multi-faith and open borders understanding of our world.

The levels of immigration which the UK has experienced in recent decades are quite unsustainable in terms of the functioning of social services, the maintenance of infrastructure including housing stock, and the conservation of the countryside, which will often comprise productive agricultural land. We are meant to be wise stewards of the land which God has graciously granted to us. To permit never-ending levels of high inward migration is the antithesis of wise stewardship.

Another problem is that much of the immigration into Britain does not lead to seamless integration, but rather to the establishment of parallel communities, whereby people remain firmly lodged within their own cultural environments and speaking their own languages amongst themselves.

We repeat that we love our neighbour whoever he is, and we affirm (though it should not be necessary) that to advocate strict immigration control in no way implies coolness towards any individual immigrants or to their communities.

Nevertheless, nations with controlled borders are God’s institution. The Christian Scriptures uphold nationhood, and unequivocally do not demand the wilful dilution and ultimate obliteration of a nation’s identity and culture by means of unfettered migration. It is therefore a matter of urgency that politicians, the media and the churches abandon a pharisaical sense of moral superiority towards those seriously concerned about the unsustainable but ongoing high levels of inward migration into the UK.