It’s not press freedom at stake over Sir Cliff, it’s the rights of an innocent man 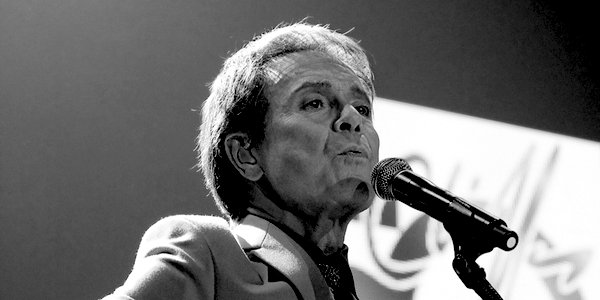 Journalists, lawyers and, of course, the BBC have mounted an all-out attack on Mr Justice Mann’s ruling last Wednesday that the BBC and South Yorkshire police breached Sir Cliff Richard’s privacy in the 2014 raid on his home, carried out over a single allegation of sexual impropriety almost 30 years previously.

It is hard not to conclude from the tone that at least some of their vehemence and negativity is based on the media’s long-standing antipathy towards Sir Cliff, chronicled excellently here by the writer Michael Thornton, a long-time friend of the singer.

They are thus condemning an innocent man to continuation of an ordeal which has already lasted four long years because of the BBC’s intransigence.

Leading the fresh charge against Sir Cliff is a Guardian editorial which argues that the verdict of Mr Justice Mann, who ruled that the singer should not have been named, is a grave threat to press freedom which will hamper future criminal inquiries and allow rich celebrities to shield themselves from the public’s right to know.

A Daily Mail article containing a welter of one-sided similar opinion was framed under a headline suggested that a ‘British Harvey Weinstein’ would not have faced justice if he had been protected by the same level of privacy that the judge ruled should have been afforded to Sir Cliff. The main drift is that the media must have the right to name suspects being investigated by the police.

Harvey Weinstein, of course, though charged with an array of sexual offences, has not yet been found guilty of anything and vigorously denies what is claimed against him. This seems to have escaped the Daily Mail.

A Sun editorial was equally indignant and urged the BBC, in the interests of press freedom, to spend tens of thousands more of licence-fee-payers’ cash in a judicial appeal, to fight what it claimed was a judgment which elevated privacy under Human Rights law above free speech.

On the Spiked website, barrister Jon Holbrook suggested that Sir Cliff’s win was the public’s loss because the verdict elevated an individual’s right to privacy over ‘other broad public interests’. He also claimed that under Mr Justice Mann’s reasoning, Stuart Hall, Rolf Harris and Max Clifford – three figures who were jailed for sexual offences in the aftermath of the Jimmy Savile revelations – would not have been brought to justice.

The BBC was meanwhile working itself into a similar one-dimensional lather. The Corporation – which is still its own judge and jury in most complaints – will virtually never admit its journalism is wrong. True to form, it declared that it is continuing its battle against Sir Cliff and is considering an appeal because the verdict is a major threat to press freedom.

The core argument running through the pieces is that Mr Justice Mann had endangered future public safety by a blunderbuss of a repressive ruling which effectively bans the press from naming suspects who are under investigation.

Having read the ruling, and examined the arguments by the media who are hostile to Sir Cliff, I think their stance is plain wrong.

First, there has never been an absolute right for media outlets to name suspects in criminal investigations. Doing so has always been subject to the law of libel, and for the past 20 years, the privacy aspects of the Human Rights Act. It has been left to an editor’s judgment when it is safe to name a suspect. It is dependent on a host of ethical and factual considerations such as the stage an investigation has reached, the nature and reliability of the allegations involved, whether the suspect has been arrested and questioned, and many more.

Further, Stuart Hall, Rolf Harris and Max Clifford were brought to justice not simply because they were named by the police and press in similar circumstances to Sir Cliff. In each case, by the time they were named as suspects, each had been arrested, each had been interviewed, and in each case, there were multiple separate police-registered allegations against them. Once they had been named, it is true, further alleged victims of each man came forward, but the judicial process and their subsequent convictions were not dependent upon this – police already had substantial evidence, and had clear cases against them.

Conversely, those crying wolf over the past few days seem to have forgotten that police eagerness to name suspects in connection with allegations of historical sexual crimes led to years of needless suffering for a series of men who were entirely innocent, including Leon Brittan – who died while wrongly under suspicion – Lord Bramall, Paul Gambaccini and Jim Davidson.

Thirdly, it seems that the media figures and outlets attacking Mr Justice Mann’s ruling have lost sight of why the judge reached the conclusions that he did about it being wrong to name Sir Cliff. To understand this fully, it is necessary to read his whole lucid report.

To summarise, the judge took the specific facts of this case fully into account. It is not a blanket ban on police suspects being named, but a condemnation of naming Sir Cliff in this case. His judgment is hinged on numerous factors, including that there was only one allegation against the singer; that he had not been arrested, questioned or charged when the BBC’s coverage was mounted and the police raid undertaken; that the BBC was obsessed with getting a scoop to the extent that it was prepared to deceive and lie; and that as a result, what was broadcast was totally disproportionate.

Overall, therefore, the ruling is not the assault on press freedom that has now been projected. More worryingly, those staging the attacks are losing sight of one of the fundamentals of British justice and pillars of freedom, the Blackstone principle, which spelled out in the 18th century that it was better that ten guilty men go free than that one innocent man is convicted. Benjamin Franklin went further, saying the number should be 100 guilty men.

Strikingly, in comments below the articles I have mentioned which attack the verdict, the public overwhelmingly disagree and side strongly with Mr Justice Mann and Sir Cliff. Thus, the protection of the innocent is more important to them than it is to the media. In their eyes, the pillorying of Sir Cliff was grossly unfair, and that was the main factor in this case. Is the media’s reluctance to see this yet another reason why the public believe increasingly they are being fed fake news, especially by the BBC?