It’s an unequal world – get over it 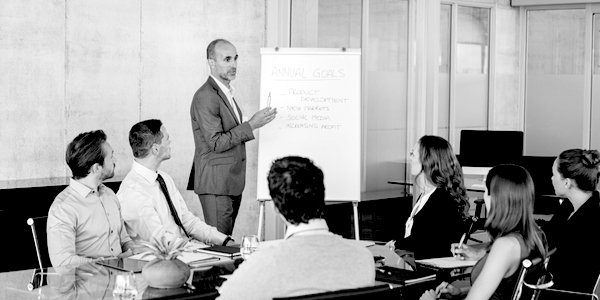 The Financial Times ran an article entitled ‘Bitcoin: why is it so male-dominated?’ The Express went further and implied there was some sort of sexual discrimination going on: ‘Bitcoin gender barrier: Cryptocurrency dominated by staggering 95 per cent MALE engagement.’

Bitcoin investing is purely voluntary. Like those who own horses as a hobby, investors are a self-selecting group. No one forces them to own bitcoin; no one asks women to fill in an application form and then discriminates against them.

In the horse world, 87 per cent of amateur owners and riders are female (and of those women, 98 per cent are white! There must be some form of racism!) So I could equally run articles entitled: ‘Why are horse liveries so female dominated?’ or ‘Horse liveries gender barrier: Stables dominated by 87 per cent FEMALE engagement.’

Last summer I went to an event in America called the ‘World Economic Conference’ run by a forecaster, Martin Armstrong. He is predicting pure economic Armageddon in the next few years and everyone who went to listen to him was hoping not to lose their shirt in the financial markets and to protect themselves and their families. Again, unlike local government or the BBC or even worse, the UN, this was a totally self-selecting group. It was not cheap and you had to get to Orlando, pay for your hotel and the conference fee for the two days, but it was entirely voluntary, as is buying a horse or investing in bitcoin.

There were roughly 800 attendees, and they broke down something like 9:1 male to female, 9:1 white to other races. Of, say, 80 people who were of other races, two were black, around 40 were Chinese and 40 were from the Indian sub-continent. Nine to one were over 45 years old. There were no hijabs or burkas. A purely self-selecting group.

What stands out is that investing in bitcoin or going to an economic conference are both likely to make you money, while horses, as everyone who has ever owned one knows, are pure money pits. Just a set of horseshoes every six weeks costs around £80. So men are choosing hobbies which are likely to make them money while women are doing things that are guaranteed to make them poorer. This eventually will lead to economic differences between the sexes. As Jordan Peterson (who took Cathy Newman to task on Channel 4 watched by nearly 9million people) says, you can provide equality of opportunity but you will never get equality of outcome.

Last week, I went to a ‘women’s dinner’, organised by one of the UK’s biggest trading and investing companies in the City of London. And it was this dinner that got me thinking.

In the world of trading and investing, I am pretty experienced after 30 years at top level, but at a mixed gathering there would be many, many men who were much better than me. Here I found myself at the top table sitting next to the speaker. Not only that, there was practically no one with any experience at all of trading. The women were either very new or were risking only tiny amounts of capital. Of course this was not a professional group working for companies but people who have opened accounts to invest and trade independently – a self-selecting group which anyone may join.

And then we had the speech, made by a woman who was a non-executive director of the company. She had a sparkling CV and had been at senior level and on the boards of many FTSE 100 companies which she told us about in detail.

The entire talk was about diversity and women and how discrimination must end. But what shocked me most was when she quoted statistics showing that 66 per cent of GPs under 40 are women, as are 77 per cent of all medical staff and more than 50 per cent of all law graduates. Women are a third more likely to go to university than men.

Surely once things have got to over 50 per cent, not only is there equality of input but there must be ‘discrimination’ against men under the current way of measuring things? How can you have the medical profession dominated by women if there is not some unfairness towards men? Of course, we know that women do better at GCSE and A-level than men, and in highly competitive fields such as medicine they are able at the critical time, at the age of 18, to produce better results. It’s not discrimination, it is the selection process in place at this point, and women are better at it.

To make things even more funny, the female speaker then went on to explain how to use one’s female sexual charms to get what you want with men in a business setting. And she said it with a totally straight face as though it was just fine. Whether it is fine or isn’t fine I don’t know, but it is how men and women work in the real world. However just imagine what would have happened if a man had given a similar speech to an all-male business audience about how to chat women up to get what you want in a business negotiation, and someone had recorded it and leaked it to the press?