NewsPaperthe art of publishing
Home News Is it any wonder America’s had enough of the showboating, anti-Semitic UNHRC?
0

Is it any wonder America’s had enough of the showboating, anti-Semitic UNHRC? 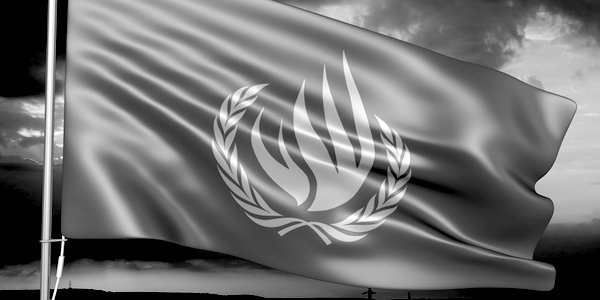 The principles and courage of Nikki Haley shame the cabal of despots that make up the United Nations. On Wednesday Haley, the US envoy to the UN, made the momentous announcement that the US is withdrawing from the United Nations Human Rights Council (UNHRC). She is undoubtedly correct in calling it a hypocritical ‘cesspool of political bias’.

The US has already stated its intention to withdraw from the educational, scientific and cultural body UNESCO, citing the anti-Israel bias so symptomatic of the entire UN. Both resignations are hopefully a sign that the US will abandon the farcical UN in its entirety.

And so it should. It’s a mystery why Western countries, which value freedom and tolerance, are still involved with the UN and especially the insidious UNHRC. Why do Western governments continue to finance, via our taxes, this entire corrupt cartel?

Set up in 2006, the original aims of the UNHRC were laudable. But these have been lost in a quagmire of political grandstanding and corruption. In its place a rogues’ gallery of tyrants and dictators has been created.

The UNHRC consists of elected representatives from 47 countries serving a three-year term. These overpaid functionaries, puffed up with their own self-importance, like to pontificate on the perceived wrongdoings of others while ignoring the dreadful human rights abuses in their own countries.

Members include abysmal regimes such as China, Cuba, Saudi Arabia, Venezuela, Russia and Turkey. Saudi Arabia, a brutal theocracy, was absurdly chosen to head the committee which selects UN human rights experts. This appointment is typical of the shenanigans which occur in the UNHRC.

Most of the UNHRC members have an unhealthy obsession with Israel, as witnessed by the disproportionate number of resolutions they pass against the Jewish state.

Hillel Neuer, from UN Watch, has summed up this preoccupation succinctly with this list of UNHRC condemnations from 2006-16:

This makes sobering reading. The UNHRC picks on an easy target to the detriment of everyone else. Surely members could have thought of far more serious human rights abuses than a democratic country protecting its own citizens from Islamists? Where is the condemnation of Iran’s hanging of homosexuals from cranes and of the murderers of white farmers in their South African homes? Where is the condemnation of those who persecute Christians in Afghanistan and of Muslim Uighurs being imprisoned in Chinese ‘re-education’ camps?

Those who are truly suffering from human rights abuses are ignored by the UNHRC in favour of showboating and displays of anti-Semitism. Is it any wonder the US has had enough? Despite claims that the US withdrawal from the UNHRC will be detrimental for human rights efforts, the opposite is true. The UNHRC harms human rights just by existing. Valuable time and resources are wasted on lambasting Israel while real victims are neglected.

The UK should follow Haley’s lead. But given that Boris Johnson described the US decision as ‘regrettable’, and preposterously claimed the UNHRC is ‘crucial to holding states to account’, this unfortunately won’t happen any time soon.

The UNHRC is not fit for purpose. Both Haley and the US should be congratulated for making such an ethical decision. If only our own government could show such moral fortitude.