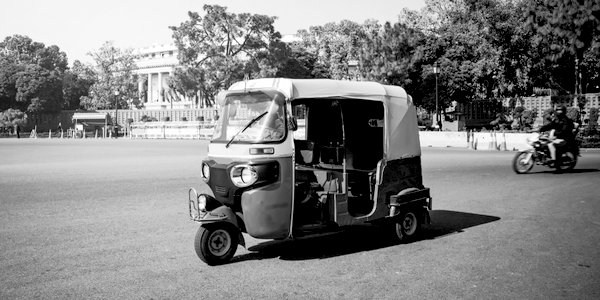 WHEREVER you are in the world, taxi drivers grumble about the same things – the traffic, the government, and the unlicensed drivers who are undercutting their fares and not paying tax. I’m just back from a holiday in India, where I heard a new complaint . . . that the unlicensed taxi drivers treat their women badly.

Surprised? I was, but not for long. My driver was a Hindu and although he grumbled about Narendra Modi, the Indian PM, he had voted for the ruling Bharatiya Janata Party (BJP). Mr Modi is trying to sort out an intractable worldwide problem – how to deal with the movement of people? How to look after genuine asylum-seekers and at the same time discourage economic migrants? It is clear that Europe’s problems with immigration are nothing compared with those facing India.

In late December the streets of Delhi were patrolled by policemen with old-fashioned wooden truncheons. The BJP’s recent citizenship law has caused angry protests. What has infuriated the rioters is the ‘fast-track’ process for asylum-seekers from Pakistan, Afghanistan and Bangladesh who will be accepted as citizens if they are Hindus, Sikhs, Jains, Buddhists, Christians and Parsis – religions which are persecuted in the Muslim countries from which they have fled. If you are a Muslim economic migrant, you will not be fast-tracked, and in a country constitutionally committed to secularism this creates conflagration. There are no reliable figures for how many Muslim immigrants there are in India, but some government statistics put the number at 20million. India may look poor to Western tourists like me; from the perspective of countries on its border, it is a land of opportunity with democracy, education, health care and an open-hearted society.

My taxi driver’s complaint that unlicensed drivers were undercutting his fares was reasonable. He went on to argue that the economic migrants had several wives and each wife had, he said, five children. He thought Muslim women were badly treated and the large families were a drain on the country’s resources. He had a good point. India is a country of young people with 5million Indian workers reaching 18 and looking for work every year. Narendra Modi promised to provide jobs but unemployment is officially at 8.5 per cent, the highest in 45 years, and resentment is building.

The BJP believes its new citizenship law will help persecuted minorities. India’s 200million Muslim minority don’t agree. While I was on holiday the newspapers reported that 20 people had been killed in violent street protests against the new citizenship laws. Furthermore, the government plans a national register of India’s 1.3billion population to prove that they are Indian. My taxi driver was keen that Mr Modi goes further and institutes a two-child policy.

There will be more trouble ahead.