India keeps the truth in lockdown 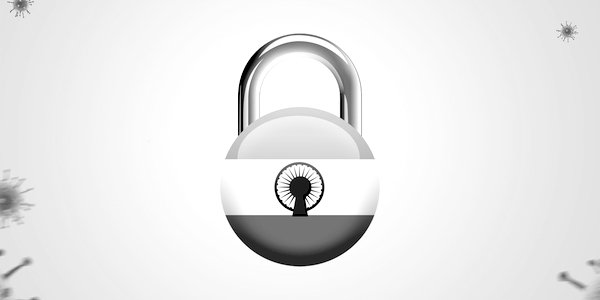 WHO could have thought that a nation of over a billion could be put on house arrest? Who could have thought that a nation so large and diverse could be made to comply with a government diktat without a whimper of protest? The very idea would have seemed ludicrous. Someone would have said mockingly, ‘This isn’t China, you know.’ Yet here we are, in a new world, in a new reality. You watch on your television police beating people up on the streets because they committed the grave sin of disobeying the government’s order to stay indoors.

Google phrases such as ‘India lockdown opposition’, ‘India lockdown dissent’, ‘India lockdown ineffective’ etc and see what comes up. Very little. What if you wanted to hear the other side of the argument? What if you wanted to know what a sound and credible opposition to this policy looks like? In that case, you are out of luck. There is no other side of the argument, there is no opposition. It is as if imposing a countrywide lockdown was either not big a deal or its necessity was a self-evident truth that didn’t need any elaboration.

Some very important questions about this pandemic and the response to it haven’t been answered or even asked.

What is the objective of this lockdown? How will you know when that objective has been achieved? Do you have a timeline to achieve this objective? Is this objective even achievable? Do the benefits of this measure outweigh the consequences?

The most common answer to the objective question is ‘to stop people from dying’. But that really isn’t an argument, it’s more like a wish, and it fails the achievability test. People are going to die just like they do every day. Before making a public policy, one has to accept the facts of life, including death. The goal can’t possibly be to stop people from dying. Would we use the same logic while boarding a plane, or driving on the road or crossing the street? Of course not, that would be irrational and paranoid.

You would hope that the fourth pillar of a democracy, namely a free press, would have thought about these questions to ask. After all, aren’t these the smartest people among us who think that it is their moral and social responsibility to lecture us plebs on how to live our lives? But these questions have been not put forward. It is an irony in itself that in the 24-hour news coverage of the pandemic, spanning weeks, not even a handful of useful information has been provided. All you can hear are how many people got infected today, with some orchestral music playing in the background to convey the severity of the situation; how our lords and masters are working night and day to keep us safe; how the dregs of humanity are flouting the lockdown orders and how they should be punished for their sins; how the goodwill ambassadors of the country, also known as celebrities, are obeying the orders and so should we. The airwaves are filled with talks about Covid-19 and yet the fundamental questions about the objectives and their parameters are missing.

Throughout this whole situation the role of the media has been as important as that of the government. Without media this entire endeavour would have been impossible and it has once again proved what a collusion between media and the state can achieve. With sheer repetition of the state-approved line, the media has manufactured the consent that this democratically elected government needed to suspend basic civil liberties. Government and media are keen to keep up the appearance that the people at large are in favour of their policies and have voluntarily locked themselves up in their houses, when the reality is far from that. But reality takes a back seat to its perception all the time. With a continuous diet of state-sponsored slogans and ‘human interest stories’, you are presented with a reality that may not be true but through sheer repetition can have as much weight as the truth itself or perhaps even more so.

Another important role is played by fear, the favoured tool of repressive regimes. When afraid, people will surrender their freedom in lieu of security or a promise of it. And that’s what the media has done. Every minute of every day is devoted to promulgating the notion that if not for this lockdown, you or someone you love would be dead. The state, your saviour, is working tirelessly to keep you safe. Your benevolent ruler is battling this disease with characteristic courage on your behalf. You owe your life to the state and so the least you can do is obey. If the disease runs its course and fades away, it proves that your rulers were right, they saved your life. If the rate of infection keeps rising, it is because you, the citizens, didn’t do your bit. If only you had obeyed. So if the state has to impose even more repressive measures, it’s your fault. The state is always right. Whatever the government is doing, it is for our own good.

One has to ask, is there any limit to how much ‘good’ a government can do? Or rather what can’t the government do in the name of public safety? Can it ban automobiles because people die in road accidents all the time? Can the state institute a mandatory regime of exercises for its citizens because we all know that regular exercise is good for health? And if not, why not? This pandemic has brought the question about the limits to the state power to the forefront because with every crisis the result is the same, an over-the-top emotional reaction in the name of doing something, an expansion of state power over its citizenry and the loss of a little more freedom. Like the proverbial frog in the pan, we will know only when it’s too late.

Manish Sharma
Manish Sharma is a 32-year-old college dropout who works in IT. He lives in Bangalore, India.