In defence of Tucker Carlson’s straight talk about family breakdown 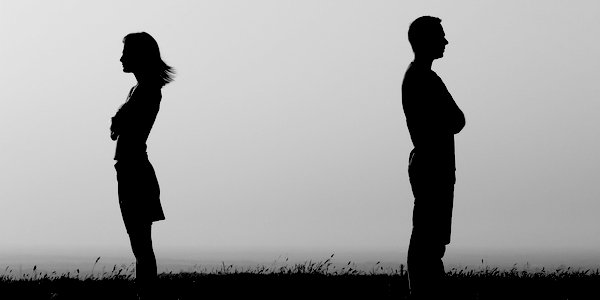 THIS commentary, first published here is reprinted by the author’s kind permission. Suzanne Venker stepped in to praise and defend Tucker Carlson, the fearless American conservative political commentator on Fox News. He’d come in for a battering for telling it straight on the disintegration of the family – that America’s elite was to blame. Suzanne writes:

I’m convinced Tucker Carlson is the only member of the media prepared to report uncomfortable facts so we can solve them, not run away from them.

In this monologue Carlson says that everyone’s goal should be ‘strong American families’. It sounds innocuous, you might think. Yet it isn’t; and for precisely the reason that Carlson gives, which is America’s elites’ refusal to address the greatest impediment to reaching this goal – the dearth of employed and therefore marriageable men and the subsequent disintegration of marriage.

For stating the obvious, Carlson has been vilified. Google his name and you’ll find a series of articles denouncing him for bringing this matter to light. Even Red Lobster, the seafood chain, has pulled their advertising from his show. (Note to Red Lobster: What cowards you are!)

Journalists are supposed to report the facts, not make people feel good about those facts. But our politically correct culture no longer allows problems that cause people discomfort to be discussed, let alone be solved. So the problems just sit there and wait to be noticed. And grow bigger and bigger by the day.

The most controversial subject to raise in the last 25 years has unquestionably been the absence of mothers from the home and what this means for children, families and society as a whole (incidentally, the subject matter of my first book).

But America’s latest controversial topic, evident from the backlash to Carlson’s comments, is the question of hypergamy, or the desire of most women to marry men who make more money than they do. You can see why this poses a problem with so many women now out-earning men. But the stubborn reality of human nature persists. So too does the question of how we marry our brave new world with the reality of human nature?

There are two main reasons why women – even feminist women – prefer to marry men who make more money than they do:

The first is because women have babies and men do not, and women want and need the option to cut back or move out of the workforce to care for those babies. No matter how ‘equal’ the sexes seem prior to having kids, it all changes when children come along. At that point, sex differences become glaring.

‘It seems to me there’s a blindness to childbearing in gender role statistical analyses,’ notes “htg” in response to this article last year in The New York Times about wives who earn more than their husbands. ‘The simple truth is that I, or any other man, will never be able to grow a human fetus . . .

‘Taken to the extreme, the [admittedly somewhat harsh] logic goes like this: the wife will always have a role as the incubator, food supply, and instinctual caretaker; but if the husband isn’t feeding and sheltering the family, then he has no other role and should be discarded. That is not how I or my wife live our lives. We have both been stay-at-home parents at various points of our life, both are active parents, and both are now earning decent money. But despite our marital equality, we also have honest discussions about how the biological differences between men and women have shaped our relationship. After you have lived through pregnancy, childbirth, breastfeeding, and maternal instincts, they are impossible to ignore.’

Secondly, completely upending traditional gender roles, or having a marriage in which the wife and not the husband is the primary breadwinner, is problematic to say the least. And there’s ample research to support this.

I remember when Michael Noer of Forbes wrote an article in 2006 entitled ‘Don’t Marry Career Women‘. It caused quite the ruckus. In it, Noer highlighted research that shows marriages in which wives work more than 35 hours per week are less stable than marriages in which the wife works less or not at all.

‘A word of advice. Marry pretty women or ugly ones. Short ones or tall ones. Blondes or brunettes. Just, whatever you do, don’t marry a woman with a career.

‘Why? Because if many social scientists are to be believed, you run a higher risk of having a rocky marriage. While everyone knows that marriage can be stressful, recent studies have found professional women are more likely to get divorced, more likely to cheat, less likely to have children, and, if they do have kids, they are more likely to be unhappy about it.’

Again, that was 2006. Imagine if Noer wrote that article today! And yet he might as well, for the precarious nature of these marriages hasn’t changed.

In 2013, the University of Chicago Booth School of Business published a paper that looked at 4,000 married couples in America and found, as Mona Chalabi noted on NPR, that

‘Once a woman started to earn more than her husband, divorce rates increased. Surprisingly, though, this data showed that whether the wife earns a little bit more or a lot more doesn’t actually make much of a difference. So the researchers concluded from that that what really matters is the mere fact of a woman earning more.’

In 2014, Lori Gottlieb wrote in the New York Times about a study called ‘Egalitarianism, Housework and Sexual Frequency in Marriage’ which found that couples in egalitarian marriages, or marriages that make no allowance for sex differences, have less sex.

‘If men did all of what the researchers characterized as feminine chores like folding laundry, cooking or vacuuming, couples had sex 1.5 fewer times per month than those with husbands who did what were considered masculine chores, like taking out the trash or fixing the car. It wasn’t just the frequency that was affected, either — at least for the wives. The more traditional the division of labor, meaning the greater the husband’s share of masculine chores compared with feminine ones, the greater his wife’s reported sexual satisfaction.’

In 2018, researchers Marta Murray-Close and Misty L Heggeness found that in marriages in which the woman is the primary breadwinner, both husbands and wives are uncomfortable enough with these circumstances to fudge the numbers and suggest the gap is smaller than it actually is.

In other words, there’s plenty of data to bolster Carlson’s claim that we ‘consider some of the effects’ of women out-earning men. The fact is, he’s right. It’s a lose-lose scenario for everyone.

For men, surely, because an unemployed man who lacks purpose in his life is downright dangerous. And for women, since they can’t find ‘good’ (read: educated and employed) men they want to marry. And for children, who as a result of all this grow up without a dad. It’s a G-damn mess, and no one wants to talk about it except Tucker Carlson.

And that makes him the bad guy?

No. It makes the rest of the media cowards.

Suzanne Venkerhttps://www.conservativewoman.co.uk
Suzanne Venker is an author, speaker and cultural critic known as “The Feminist Fixer. Her book, The Alpha Female’s Guide to Men & Marriage, was published in February 2017.