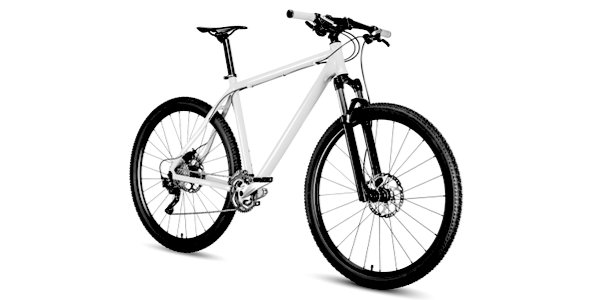 ‘EVERYONE’S getting on their bikes,’ said a voice from the radio. I walked to my first cycling lesson along the middle of Oxford High Street, once clogged with cars, now as deserted as a cityscape by Giorgio de Chirico. A bus driver slouched against the college wall, everything still, apart from cyclists joyfully zipping up and down towards the Magdalen Bridge free of all usual pressure from buses and cars. Joining them went straight on to my wish list. Unfortunately, my bottom hasn’t been near a bike saddle for forty years.

‘Great,’ said Brad, my Australian teacher, as he handed me something like a desiccated tortoise shell for my head and a document to sign accepting liability, even giving my next of kin. He showed me a ‘mountain bike’ which seemed to have been designed for a boy.

‘I haven’t done this for many years,’ I said. ‘You’ll be fine,’ he said firmly, leading me towards the park at the end of his road. I looked about with a kind of sickness, realising this was probably a mistake. A fat family sat on a bench watching. How I wished they’d go away. I climbed awkwardly into the contraption, pressed down on the right pedal but the left one came up suddenly and was too high for my foot. I wobbled and put both feet down flat. I tried several times, eventually getting some momentum.

What had happened to my balance over the years? It seemed to have pedalled away into the sunset.

‘Push off!’ Brad called. I wished I could.

‘Gears!’ he called. The bike jumped.

‘Feather your gears!’ he yelled, which I recognised as an old rowing term belonging over centuries to those well-heeled Oxford students who take to the river. Perhaps I should have tried that instead.

I couldn’t touch any of the confusing little levers as I was gripping the handlebars so tightly. He suggested cycling up a tiny hump and, after negotiating the main road on foot, trying a country lane. My legs just wouldn’t obey and get me over the hillock in one go, but we were soon gliding towards a farm selling asparagus from a shed by the roadside.

‘This is what I love doing the most,’ called Brad, his sharply rectangular back ahead of me.

I began enjoying myself too, apart from asparagus-hunting drivers coming up behind, making me wobble. On the way back, facing the vehicles, I wasn’t any less jittery. My second lesson was in the empty car park of a superstore, my third on a real cycle track, making tight turns whilst trying desperately to avoid numerous children who suddenly swarmed at me on scooters.

I have learned something from this project: people who say you never forget how to ride a bike are talking tosh. Late middle-age has made me a hopeless cyclist and for my own safety and that of the public, this is one wish I might have to let go.