NewsPaperthe art of publishing
Home Laura Perrins I’m against Pride marches – there, I said it
0

I’m against Pride marches – there, I said it 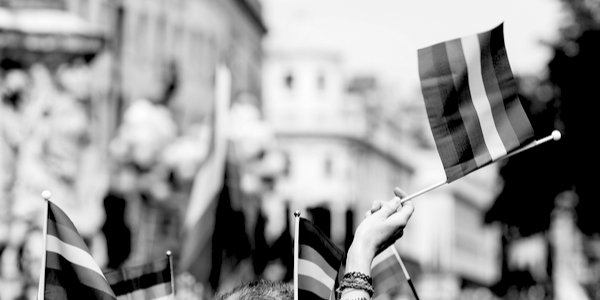 OVER the weekend, American Bishop Thomas Tobin tweeted: ‘A reminder that Catholics should not support or attend LGBTQ “Pride Month” events held in June. They promote a culture and encourage activities that are contrary to Catholic faith and morals. They are especially harmful for children.’

You can imagine the meltdown on Twitter. Some people were genuinely shocked that a Catholic bishop might actually still be Catholic and give advice to his flock in line with Catholic values.

Sue Perkins, who ‘was brought up both as a Catholic and in the Jewish faith’ but no longer subscribes to an organised religion tweeted: ‘Investigate the paedophiles in your ranks who use their power to predate on the innocent. Send your countless riches, stored in vaults and crypts and offshore accounts, to those who starve and live in penury. Then come and tell me how to live my life.’

I’m with her on the paedophiles in the Church all right, only I’d hang the majority of them and I sense she would not. The quibble I have is that the Bishop wasn’t telling Ms Perkins how to live her life. He was addressing his comments to faithful Catholics, and in particular Catholics with children.

It should be a truth universally acknowledged that many things can be true at the same time. These truths are that the Catholic church as an institution has a problem with child abuse and covered it up; this problem destroyed its moral authority; the Church has only itself to blame on that one; it must put its house in order. But do you know what else is true? LGBTQ ‘Pride Month’ events held in June do promote a culture and encourage activities that are contrary to Catholic faith and morals. It is also true that they are especially harmful for children.

When people get in a twist because families do not bring their kids to an event and just sit at home instead, then I think we are heading towards a pretty intolerant society. Since when was attending Pride mandatory? It is looking increasingly likely that if you do not attend a Pride march you will be stuffed down the memory hole, you will be turned into a non-person, you will be declared persona non grata. This is all getting very authoritarian.

I admit my experience with such events is very limited, but this is an account of a Pride March in New York.

Some participants were essentially naked, and this is not suitable for children. One picture caption read: ‘A sock secured by a thong and some roller skates are the only clothing this marcher needed.’

Perhaps this is not representative of marches as a whole. I’m willing to accept that, but it is true that LGBT marches offer a value system that goes far beyond advocating for the dignity and respect of people who are gay to one where a child can be raised intentionally without its natural mother or father.

Pride promotes the idea that people can pick and choose their gender or sex (the two being conflated for all useful purposes) and it has political aims. That is why there have been disputes recently between feminists and the transgender lobby over Pride marches.

Catholic values hold that children should where at all possible be raised by their own biological mother and father, who are married and intend to stay married for life and raise any children from that marriage together. Catholic values hold that men and women were created in God’s image, are sacred, equal to one another and their differences complement one another. In addition, it is completely contrary to orthodox Catholic beliefs to believe that someone can just choose their sex – such a thing is literally impossible both biologically and according to Catholic doctrine.

These are some very basic values in the Catholic faith and are not promoted by Pride marches. So the Bishop is perfectly within his rights to point this out to his flock. Others are at liberty to tell him to go jump – which they have, in their thousands. Why they care what he thinks I don’t know. Why Pride marches now must be approved of by literally everyone and anyone is beyond me. Well, I don’t approve of them – there, I said it. And should I ever run for elected office in ten years’ time whatever journalist has dug this up is free to put it to me in an interview, and I doubt if I will have changed my mind by then. So I’ll say it again – I don’t approve of Pride marches.

If you missed this one on Twitter – lucky you. If you are off to a Pride march, fill your boots.

If you are Catholic, remember the month of June is set apart for devotion to the Sacred Heart of Jesus.

One prayer you can use this month is: