Ignore the biased BBC – fracking is the future 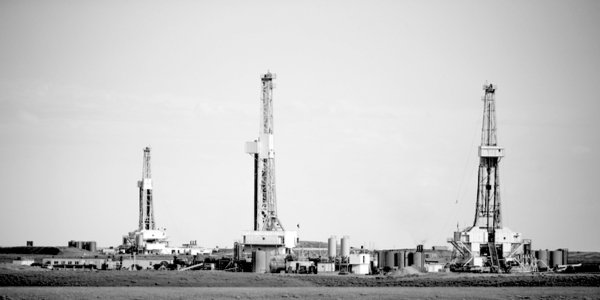 Backed by Greenpeace, the BBC is continuing to mount a one-sided crusade against shale gas development. In a report on the radio four Six O’Clock News of February 12, at (10:34 seconds in ) Roger Harrabin, the BBC’s eco-warrior chieftain, reported that internal Government projections were for only 17 sites by 2020, 30-35 sites by 2022, with 155 individual wells drilled by 2025. This slow rate of progress, he said, would make it impossible to reach a Government-backed target of 4,000 wells by 2032.

These civil service predictions were revealed by a Freedom of Information request to the Department of Business, Energy and Industrial Strategy (BEIS). However, they seem very conservative. Looking at the oil and gas licences granted in 2016 under the 14th licensing round, 55 out of about 100 were for shale gas exploration. Each fracking licence involved a commitment to drill a minimum of one well by 2021. In total, licence holders have already committed to drill 75 wells. The BEIS figures suggest there would be about three wells per site, but both Cuadrilla and INEOS have spoken of about ten to 12 wells per site.

Representing the industry, UK Onshore Oil and Gas (UKOOG) has maintained that building 400 sites and 4,000 wells during the next 20 years is an achievable target. Accomplishing this objective would reduce the UK gas import dependency by 50 per cent and could support more than 64,000 jobs, according to UKOOG’s figures. The organisation’s chief executive, Ken Cronin, has said he is confident that if forthcoming test results were positive, UKOOG’s scenarios were achievable.

There is no doubt that progress in the sector has been hampered by planning delays and by lower international gas prices. However, recent developments have been encouraging. Last month initial drilling revealed a significant gas resource at the Preston New Road site in Lancashire.

Rather than report the good news, Harrabin invited Hannah Martin of Greenpeace to make the misleading statement that ‘instead of talking up the imaginary benefits of fracking, ministers should be giving their full backing to renewable technologies such as wind and solar’. So-called imaginary shale gas exploration has already resulted in a £7million investment by Cuadrilla into the Lancashire economy, a move which has supported 50 jobs through just two well sites. What’s more, this has been completely unaided by the egregious subsidies that are seen in the renewable sector. Cuadrilla has also committed to making significant payments to local communities.

Painting shale gas as a false hope is undoubtedly part of an attempt to persuade MPs and ministers to give up on it. There are still some barriers to further progress, but it would be tragic if the enormous benefits of shale gas extraction went unrealised.

The Government urgently needs to follow through on its manifesto commitments to remove some of those remaining barriers. It shouldn’t need persuading of the virtues of cheap energy, improved security of supply and more investment in the North of England. It’s time for policy to serve the interests of ordinary people, who just want lower bills and more investment in their area.