NewsPaperthe art of publishing
Home News I hate to say I told you so, but . . .
0 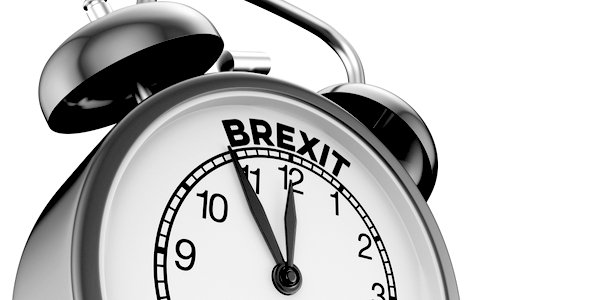 ACCORDING to Dominic Cummings, it is now too late for Brexit to be stopped by a vote of no confidence. He might be correct, but somehow I don’t think that the unholy cabal of Swinson, Bercow, Grieve, Alastair Campbell and the rest are going to accept that. Their entire belief system and their gravy train is under threat, so anticipate yet more of Project Fear and calls for a second referendum before or after any deal (or both in case they lose the second one).

Of all the misinformation peddled by the increasingly desperate Remoaners, perhaps the most insidious and dishonest is the assertion that the 17.4million who voted to leave the EU did not anticipate the possibility of a no-deal Brexit and would now vote against that. As luck would have it, I can disprove that. In 2016 I published a pamphlet on whether to vote in or out. It explicitly made the point that an exit with no deal was entirely survivable, although less desirable than a deal on what later became the generally accepted understanding of Brexit enunciated by Mrs May in her Lancaster House speech. I have taken the opportunity to update it and you can buy it here.

I am all too aware that it sold far fewer than 17.4million copies, but the possibility of no deal was always a part of the calculation as it takes two to do a deal and Brexit might be an existential threat to the EU (although the euro is probably worse), so the EU may not be minded to give us one. That was blindingly obvious in 2016 and it is now demonstrably the case. It is therefore a little surprising that the great champion of democracy Alastair (dodgy dossier) Campbell thinks that over half the electorate are too stupid to have worked out the possibilities and concluded that the risk of no deal was worth taking.

Interestingly, in April 2016 no one, EU, Irish or UK Government, envisaged any problems with implementing a border on the island of Ireland. After Project Fear promised so many terrible consequences of voting leave, it is surprising that they missed it. So there is nothing in the pamphlet about it.

On a WTO/no deal Brexit we may have to impose tariffs too, as Jeremy Warner writes here. These will have an impact on those companies that export to the EU (although a competent government could easily mitigate them). But if this is the price required to leave a flawed bureaucracy and to respect the democratic processes of the UK, it is a price worth paying. Of course, the Lib Dem response is that the UK democratic process is unfair (neatly ignoring the fact that the UK’s electorate declined the opportunity to demand a change from first past the post in the referendum on that in 2011). But the Lib Dems (odd name, they are neither Liberal nor Democratic) continue to demand a change on that too. If the facts don’t fit the argument, change the facts as Alastair Campbell might have said.

BoJo gets this. It is not just the Conservative Party that will face ruination if we do not leave on 31 October. The whole edifice of the current political process will lose all credibility and all authority. The Lib Dems will survive in their reinvention of themselves as the party of remain. Labour is kicking the can down the road as it contemplates the unpalatable reality that it is not a remain party (no matter what it may say, and its core electorate is definitely not). The Labour leadership is an electoral liability, and even the BBC is starting to notice. Unless that changes over the summer I can’t see Labour forcing and winning a no confidence motion.

But that is not Boris out of the woods. The first challenge is to get the EU to drop the backstop and make some other changes to the Maybot’s ‘worst deal in history’ to enable him to bring it back to the Commons. Getting those (as yet undefined) changes from the EU requires them to believe that the UK is prepared to leave with no deal; even for the deluded prats such as Rory Stewart and loathsome Letwin this is a big ask; the EU bureaucrats believe in the EU like the House of Stuart believed in the Divine Right of Kings. If neither of those are possible, then he has to deliver a WTO Brexit in the teeth of opposition from the Speaker, half his MPs, most of the Opposition, most of the House of Lords, a fair part of the media and (of course) the BBC.

And then on 1 November he has to make it work.