NewsPaperthe art of publishing
Home News I am gay, but this is #notmypride
0

I am gay, but this is #notmypride 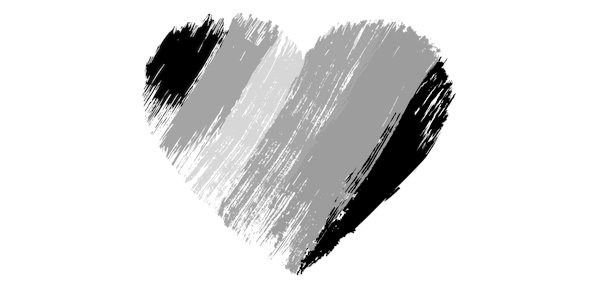 I CAME out several years ago, and I have never attended a Pride parade or Pride event. Frankly, I find it profoundly embarrassing. I have never understood why the fact that I happen to be sexually attracted to men should be a source of pride or cause for celebration; and, even allowing that others may feel differently, those events that I have witnessed seem determined to present homosexuality as Lust in a contemporary illustration of the Seven Deadly Sins.

As anybody who knows anything about (specifically male) homosexuality will tell you, it is entirely appropriate that sex is at the centre of the word. If there exists a male couple that has been monogamous for more than two years, it is statistically anomalous. They may not tell you this in public, because the careful switch-and-bait of Gay Rights was to pretend that, simultaneously, gay couples were just the same as straight couples and that gay relationships were not to be judged by the same criteria as heterosexual couples.

This stems from the logical consequence of same-sex sex. The classical bond of heterosexual relationships was pregnancy, and it is at least plausible that Gay Rights would not have achieved its success without the advent of the Pill. Once the link between sex and procreation was shattered, gay sex had no less justification.

All that said, I do not wish my homosexuality to be defined by men doused in baby oil or screaming drag queens and it is unclear to me why this has now become akin to a public holiday. The recent acceleration in the popular veneration of what is, by any objective standard, a minority interest is a startling phenomenon.

You couldn’t move, in June, for businesses and public bodies declaring their love for Pride. In my local town, Argos and the British Heart Foundation displayed ostentatious rainbow signs and the Barclays app icon on my phone became a rainbow eagle, as though gay people had been avoiding for Barclays for years and the bank wanted to make the point that it was happy to take money from anyone.

The argument, hence all the rainbow hearts, is that we are celebrating Diversity and Inclusivity. The problem with Diversity and Inclusion as secular virtues is that they are not inherently good; Mordred was invited into the Round Table for the sake of inclusivity, and that did not turn out well. Both diversity and inclusivity can be deleterious if they change the nature and purpose of the entity to which they have been addressed. In this case, the entity is human sexuality, and the assault on traditional understanding of human sexuality has gone beyond tolerance for those nice gays next door. Indeed, tolerance has been superseded by indifference; a remarkable lack of concern disguised as a desire not to declare one form of sexual expression worthier than another.

The ‘rights of minorities’ have been extended beyond their original purpose. Now, the minority sets itself up in opposition to the majority, and then wraps itself in a protective blanket of minority rights. It is supposed that the very existence, the predicate, of a majority is in itself oppressive to the minority and the existence of a minority is presumed sufficient evidence to challenge the predicate.

From an admittedly marginalised minority, the success of gay activists in becoming moral bullies is breathtaking. It is, again, embarrassing to me that gay culture and gay activity is apparently beyond criticism; not merely are we to be accepted but we are to be valorised. This is absurd. It is intellectually debasing to maintain the fiction that criticism of my sexual behaviour, or even my sexual inclination, is the equivalent of torching my house. In any decent society, you have the absolute right to criticise the way I live my life.

This principle might best be described as Toxic Femininity, an idea that really needs more exposure.

All of this is sufficient reason for me to avoid Pride. The reason why Pride should be regarded as positively dangerous lies in the T that, in my lifetime, has attached itself to LGB.

T, as you know, stands for Transgender, a concept that has no necessary connection to LGB and is part of the same ‘community’ partly because there is strength in numbers and partly because they have a common enemy in the idea of normativity. I am particularly annoyed when somebody is wheeled out as a spokesperson for the LGBT ‘community’, which has no real existence. I am gay and I dissociate myself entirely from these people. There should be a group for those of us who do not filter our principles through the prism of our sexuality or a bizarre conception of mutable ‘gender’. It is important for everyone to recognise that there is not one ‘official’ way to understand these questions that we decide and then impose upon you.

I do not care for being bullied and I do not want to be a Trojan Horse for a destructive ideology masked by a veil of tolerance.

In the name of tolerance, we have in the past few years seen a remarkable acceleration in the concepts and ideas we are required to accept, and then to celebrate. One could almost posit a small group constantly inventing these concepts, constantly surprised at what it’s been allowed to get away with. The momentum is so much in their favour that the pattern is reminiscent of classic mob rhetoric: nice little business you’ve got here, shame if anything happened to it. Now tell us how much you like gay sex . . . gay marriage . . . hormonal manipulation of children . . . the abolition of gender . . . and all wrapped in language of affirmation and inclusivity.

If you support Pride, you should at least be aware of what you’re promoting. The end result is to produce, in the generations younger than mine, the same instinctive cringe towards phrases such as ‘manful effort’ and ‘feminine grace’ that my generation was conditioned to produce when our grandparents used words and phrases we considered casually racist.

If you call yourself a feminist, you should also acknowledge that you are, perhaps unintentionally, assisting this trend. The Advertising Standards Agency recently decided that it would disallow adverts that ‘reinforced gender stereotypes’. This too is based on the assumption that any differences between the sexes are not inherent and ought to be removed.

This is, to say the least, ideological. The science is settled, to coin a phrase; men and women are different, a fact known from observation and common sense throughout history. The science certainly hasn’t changed; what has changed is the unholy alliance of aggressive third-wave feminism in tandem with the increasingly aggressive LGBTQ++ movement. And Q (Queer), in LGBTQ terms, is a form of narcissistic Cultural Theory, which assumes that being attracted to your own sex allows a privileged insight into literature and society.

In the course of my job I have been forced to listen to two talks on the subject. One, by Natasha Devon, supposedly an advocate for mental health, invited us to sneer at the Daily Mail for its reporting on her refusal to address an audience of schoolgirls as ‘ladies’ on the grounds that some of them may not have identified as female.

The other, by a representative of the organisation Allsorts, was a prime example of Intolerant Tolerance. It was really a scolding. Firstly, we were told that, although the evidence was inconclusive, the official line of the organisation is that sexual inclination was determined, i.e. not chosen. Secondly, we were told not to use the word ‘confused’ because it had negative connotations; we were instead to use ‘uncertain’. We were furthermore told that hormonal ‘treatment’ of transgender children was not to be questioned because it ‘only’ [sic] acted as a puberty-blocker. And we were finally threatened with the suicide of these children if we did not accept these premises.

(The representative did not, needless to say, refer to the sky-high rates of suicide and depression that afflict those after ‘reassignment’.)

G K Chesterton wrote of a man so obsessed with attacking Christianity that he went beyond the removal of crosses and began to attack any conjunction of material in the form of a cross. This is where we are, culturally speaking. Anything redolent of sex- or gender- ‘normativity’ must be attacked and destroyed. There must be no distinction between boys and girls, mothers and fathers, between masculine and feminine.

This is now in your schools. This is being taught as official doctrine. This is not merely telling children about the mechanics of gay sex. It is telling the next generation that there are no objective criteria, no expectations, no way in which boys are to be raised as men and girls as women. It is, in other words, a theory that removes any sense of a masculine or feminine ideal. It is simply playing dress-up with personality.

If you support Pride, this is what you support. On the face of it, you are showing your love for those nice gay people and those sweet doe-eyed boys who are ‘really’ girls. What you’re actually doing is supporting a destructive ideological movement committed to the deconstruction of the fundamental principle of human civilisation.

In benefiting from Gay Rights, we as homosexuals also helped to undermine the ideal of heteronormativity. Given the consequences with which we as a society are now faced, this may cause some of us a twinge of regret. Even if not, it behoves some of us to say that the movement has gone too far. I am gay, but this is #notmypride.