Huawei affair deals a blow to US special relationship 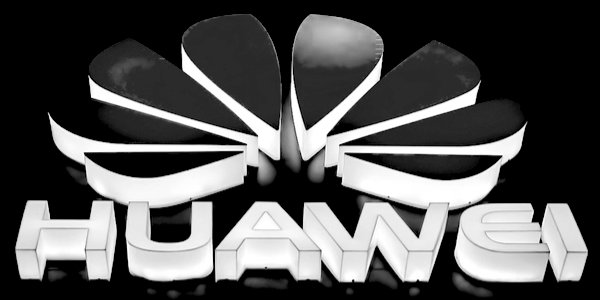 LAST week, I described how Theresa May’s bias towards the EU, the civil service’s anti-Americanism, and China’s trade deal encouraged her government to award involvement in Britain’s 5G to Huawei.

The fifth generation of wireless technology (5G) promises up to 100 times faster connections than 4G, and shorter latency (the time needed by devices to communicate with one another). These speeds would enable the long-touted ‘internet of things’ – the interconnection of almost every electronic device – and artificially intelligent medicine, vehicles and manufacturing.

However, interconnectedness and automation increase our exposure to technological failure, cyber espionage, and even sabotage. For instance, a murderer might like to take remote control of a car, force it to crash in order to kill the passengers, and cover up his/her cyber tracks so that only the car is blamed.

Any cyber infrastructure is a national security issue. Most states solve this issue by choosing suppliers from home or trusted allies. Even then, the suppliers are subject to all sorts of assessments and controls.

Low-capacity countries and organisations sometimes feel no option other than to accept a foreign supplier, particularly when the foreign supplier is much cheaper than any other supplier – or even free. However, then the procurer would be trading security against spending. For instance the French newspaper Le Monde reported that in January 2017 the African Union discovered that the Huawei servers in its Chinese-built and -funded headquarters had been transferring data to China every night since the HQ was opened in 2012. The technology was changed, but the AU hasn’t ended its relationship with Huawei or China: all the parties involved deny the French report.

Britain is not a low-capacity country. It doesn’t need Huawei – Britain has its own suppliers, and could call for bids from suppliers in allied states.

The US has done most to warn Britain, and is still most valuable to Britain, but Theresa May’s administration treats the US with disrespect, while it pretends that either the EU or China is more important. The US special relationship has not been so abused by a British government since the socialist seventies.

Materially, Theresa May’s maladministration of the special relationship is irrational. Britain still gets more business from the US than any other state, more intelligence, more military technologies, more military co-operation, more diplomatic co-operation. Why is May’s administration so irrational? For years, Theresa May and her fellow fake conservatives have been abandoning their base and pursuing the opposition’s base – the loony Leftists who hate the US and love the EU. Thence, they love any antagonist of the US.

Meanwhile, the EU is fawning over Huawei as part of its anti-American pivot to China. In March this year, Huawei opened a European ‘Cyber Security Transparency Centre’ in Brussels!  In a typical show of hypocrisy, in the same month the EU urged its member states to work together to assess the risks of 5G by the end of June, but refused to talk about Huawei.

May is clearly willing to lose privileges with the US by siding with the EU and Huawei. May says remarkably little about the US, but she has clearly rebuffed US President Donald Trump’s urgings for a bilateral free trade deal, which remains impractical so long as Britain remains in the EU’s customs union or single market.

The US government was already scratching its head at the British government’s neglect of opportunities. In 2018, the US renegotiated a trade deal with Canada and Mexico. That would have been the perfect time to include Britain, but May’s government was not ready. In October, the US government took the initiative (again): it stated to Congress that it intended to open talks with Britain, the EU, and Japan. In February this year, the US government published its objectives for a free trade deal, if Britain were ready (this is now an annual ritual).

Meanwhile, the Americans were escalating their warnings to allies about Huawei, which date back at least eight years:

1. In 2011, Vodafone found backdoors in Huawei’s equipment carrying Vodafone’s traffic in Italy since 2009.

2. Since 2014, China’s government has enacted several laws to oblige Chinese companies to co-operate with the Chinese state in intelligence, of which the most recent is the National Intelligence Law (ratified in June 2017, updated in April 2018).

3. In response, in August 2018, the US enacted the National Defense Authorization Act, which prohibits the US government from using equipment or services from Huawei and other high-risk Chinese companies. Many US private companies adopted the same policy.

4. In January 2019, the US government indicted Huawei for industrial espionage, wire fraud, evading sanctions, and obstruction of justice.

5. In February, the US government warned that it would curtail its sharing of intelligence and dual-use technologies with countries that use Huawei.

6. The US, Australia, and New Zealand have effectively banned Huawei from government work. Canada is on course to do the same. At that point all the members of the Five Eyes intelligence arrangement except Britain will have banned Huawei.

Nevertheless, on 23 April 2019, Theresa May followed her Leftist-chasing, anti-American instincts and cast the deciding vote in the National Security Council in favour of allowing Huawei to participate in Britain’s 5G.

Note that May’s administration chose to make this decision in the Cabinet’s most secret forum, contrary to the public discourse from Britain’s allies. Despite the attempt at secrecy, the news was leaked that night, and reported the following day, Wednesday 24 April.

The Americans were gobsmacked again. On the Thursday, the US government arranged for its highest ranking diplomat for the cyber portfolio (Robert Strayer, Deputy Assistant Secretary of State for Cyber and International Communications and Information Policy) to lobby the British government. That news was reported on Friday 26 April. On the same day, the Dutch government reversed its favour for Huawei and chose a home company instead.

On the Monday (29 April), Strayer gave a special briefing to journalists. He was asked by a British journalist for his reaction to May’s decision on Huawei. (Note the journalist was from Reuters UK; a similar question was queued from the Times newspaper, followed by Steven Swinford of the Daily Telegraph, who first reported May’s choice for Huawei. No journalist from the BBC or the mainstream television networks asked a question, which is why most Britons remain ignorant of this scandal and its threat to the special relationship.)

‘Well, first I would note that the United Kingdom has not announced a final decision. Like all of us, they’re on a path of having continued conversations about security of 5G networks. I’d also point out that the United Kingdom, through their Huawei oversight board report, noted there were hundreds of vulnerabilities, including systemic engineering problems with Huawei technologies. So we’re looking forward to continuing the conversations with them, and with a number of other countries at the Czech Republic-hosted conference that will occur later this week in Prague that will help define some nonbinding principles that all of us can apply to improving the security of our 5G networks, including with respect to the supply chain of the vendors.’

However, the day before the Prague 5G Security Conference (2-3 May), where Strayer planned to meet his British counterparts including the Defence Secretary Gavin Williamson, Theresa May sacked Williamson on an unproven allegation from her top civil servant (and National Security Adviser) that Williamson was the leaker.

The next day, news emerged that the US Secretary of State himself, Mike Pompeo, former director of the Central Intelligence Agency, would visit May to talk about Huawei on Wednesday 8 May (today). Pompeo is reportedly intent on discussing Huawei, Brexit, and a US-UK trade deal, and he will have the opportunity of a speech to put his objectives in public.

You can bet that the gruff Pompeo, with the confidence of President Trump, will be highly agitated when he meets May today, so stay tuned to ConservativeWoman, Reuters UK, the Times, and the Daily Telegraph because you can bet the other news media won’t be reporting his visit.