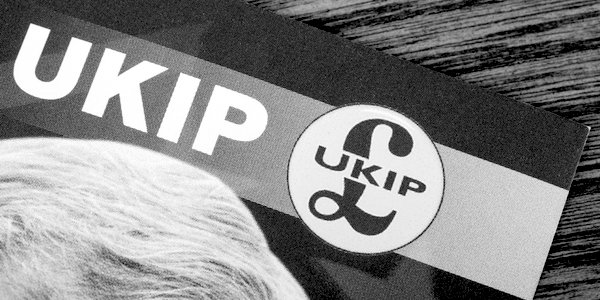 ‘Racist scum’, ‘UKIP scum’, fingers in the air, ‘shame on you’ and Socialist Worker banners greeted me on Tuesday as I arrived at a hustings for today’s Lewisham East by-election.

As a London Assembly member I have been to many political debates, meetings and hustings, and over the years I have seen our heritage, customs and culture and free speech under various forms of attack from the Left, including from the ‘Conservative In Name Only’ Party as it abandoned conservatism and even free speech, and moved towards the progressive authoritarian Left.

But Tuesday’s episode in south London was more sinister and dangerous to our democracy than anything I have seen before.

I am standing as UKIP’s candidate in the Lewisham East by-election caused by the resignation of the Labour incumbent. The campaign has been extremely short – only four weeks – and just one hustings event was scheduled, for Tuesday at the Salvation Army Hall in Catford.

I arrived about 7pm and before I reached the building I saw a group of 50 or so ‘anti-fascists’ demonstrating loudly. As I walked in, some started chanting ‘UKIP scum’ at me. There were very few police, but I was in a group so I wasn’t physically harmed.

The crowd was growing larger and noisier all the time, and it was difficult for other candidates and voters to get into the hall. Nevertheless, it slowly filled up. All of us inside could hear the crowd outside, but we began the hustings and candidates’ speeches started at 7.30pm.

When my turn came to give a two-minute opening speech, I spoke about Brexit and the unprecedented rise in violent crime in London –issues which voters are extremely concerned about. Halfway through my short address, someone raced to the front and interrupted me, saying she was standing against racism, and shouted at me: ‘Shame on you.’ The audience in the hall was very unhappy with this, having come to listen to the debate, and eventually responded in unison ‘Shame on you’! She was eventually escorted out by police.

Speeches continued, but after just 20 minutes the police told the organisers they had decided to close the event because of public order worries.

As I departed the crowd was larger and louder – 150 by some estimates – and a much larger contingent of police had arrived. Members of the crowd began chanting ‘shame on you’ and ‘racist scum off our streets’, among other things, and I was escorted back to my car.

You can view what happened here.

Everybody should be deeply concerned about these events, especially politicians and would-be politicians. A mob has closed down a political debate in the United Kingdom and prevented voters from questioning candidates and making up their own minds who to vote for. It is endemic in the ‘progressive’ Left to censor opinions with which they do not agree. This was a victory for mob rule, where the far Left suppressed free speech and stopped people debating and discussing opinions they did not approve of. Just as disturbing is the message sent out by the police in allowing the mob to get their way and close down part of the democratic process. The right thing to do would have been to arrest those who were clearly harassing and intimidating candidates and attendees.

The police are only too willing to investigate ‘hate crime’ where someone reports that they heard something causing ‘fear, alarm or distress’, but in the case of the Lewisham hustings, the mob got their way, and law-abiding candidates and voters were evicted from the premises. If the police can’t protect a hustings, the very essence of a democracy where voters meet candidates and listen to live face-to-face political debate, then we might as well all give up. If far-Left censorship of people with different opinions is allowed to continue, the United Kingdom, once the champion of free speech, is headed to a dark place.

Share
Facebook
Twitter
Pinterest
WhatsApp
Previous article‘I lived the life that I intended’ – if only we could all say that
Next articleWhat will it take for Labour’s Jews to accept that Corbyn despises Israel?