How Ulster can rise again from the Tories’ betrayal 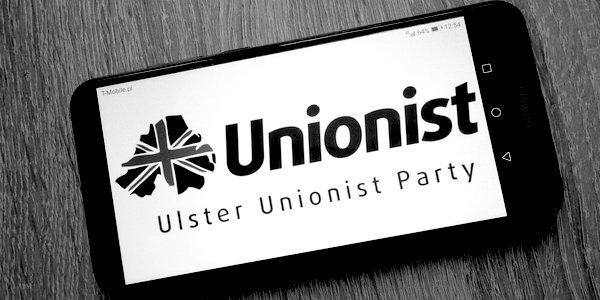 DEMOGRAPHY, as the saying goes, is destiny. Sadly, Ulster is not ‘as British as Finchley’ as Margaret Thatcher once claimed, and gets less so every passing year.

The demographic trajectory is very clear: The once unassailable Protestant majority has all but gone, and those from a Catholic, Nationalist background dominate the younger demographics, especially at primary school level. A newly self-confident Nationalist community is ever more culturally assertive, whilst Unionist culture is ever more curtailed.

Protestants continue their eastwards drift to Antrim and North Down or have decamped, demoralised, to the mainland in what Nationalists maliciously call ‘Orange Flight’. Sectarian headcount, never an edifying way of going about politics, is plainly an unsustainable strategy for Unionism beyond the very short term. Agreement or no agreement, Remain, Boris deal or no deal, will not alter that harsh fact.

All that said, one can understand how the Democratic Unionist Party feels the sting of Ulster’s betrayal at the hands of English Toryism. As Edward Carson said: ‘What a fool I was. I was only a puppet, and so was Ulster, and so was Ireland, in the political game that was to get the Conservative Party into power.’

I don’t suppose it helps very much to say that many of us on the ‘mainland’ feel exactly the same about the ghastly, parasitical Tories, who more than any other party got us into this European quagmire in the first place. Of course, the problem extends way beyond Toryism to the whole of the modern British liberal Establishment, and if there is one upside to the whole Brexit tragedy it is that leavers of all stripes whether English, Scottish, Irish or Welsh now know that Britain is ruled by an elite that despises them: It is not a democracy, and has, perhaps, never really been so.

As heavy as our hearts are, when it comes to Ulster there some grounds for hope: The suggested new dispensation gives Unionism one final opportunity to avoid what was already demographically inevitable and help forge a new identity, neither fully British nor Irish perhaps, and neither Orange nor Green.

Under the suggested deal, Northern Ireland would have unique access to both the EU single market and to trade relationships the United Kingdom forged with the rest of the world. Coupled with imaginative policies such as reduction in corporation tax (which was to become a devolved power) it could become a magnet for investment and global trade. The great port of Belfast could boom again.

The key to the agreement is democratic consent, with Stormont being able to vote itself out of the arrangements every four years. It is true it would appear unlikely to do so, but it is also true that, should the economic and trade advantages bear fruit, that Ulster is equally unlikely to want to become united with the Southern republic.

Although it would be the height of naivety after all that has happened down the centuries to think that Orange and Green won’t remain big factors in Ulster politics, as the EU becomes increasingly economically weaker but more centralised and authoritarian, the siren song of Irish nationalism will begin to fade, as Ireland itself becomes merely a province of the new Germania.

More positively, if Northern Ireland did become a relatively prosperous, outward-looking, free-trading powerhouse, it may help soften those hard sectarian edges and help forge a new more constructive identity away from the ‘narrow ground’.

Unionists may protest that this is all very well, that this is not what being British means to them and it betrays the terrible sacrifices of their ancestors. That, I am afraid, is the position we all find ourselves in: Such is the hideous nature of the betrayal by our Establishment and institutions that whether we Brexit or not, none of us will ever feel British in the same way ever again.

All of us are now divided upon essentially sectarian lines. All of us have been betrayed. All of us, whether English, Welsh, Scot and, yes, Irish, now have no choice but to forge new identities and senses of belonging in the years ahead, and to think long and hard about what it really means to be British.