How the Mogg missed the point over Farage’s party 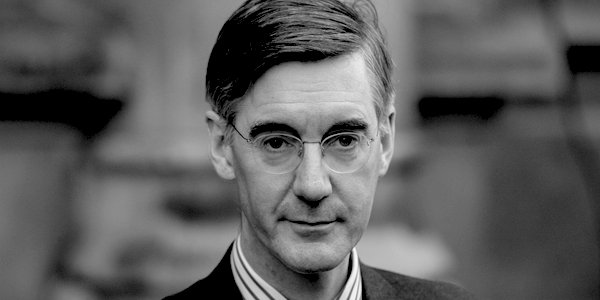 I HAVE always been a fan of Jacob Rees-Mogg: educated, erudite and well-mannered and with a successful career in business, he is in many ways the embodiment of what an MP should be. However, his recent entreaty to former Tory voters within the Brexit Party to return to the Conservative fold rather misses the point. The ‘vote Brexit, get Corbyn’ line is beneath him too. At least he had the decency to acknowledge that Nigel Farage is one of most important figures in UK politics, if not the most important.

What JRM has missed (or more likely has chosen to ignore, given that he is the Leader of the House) is that since the Tory Party deigned to give us a vote on Europe in 2016 it has abjectly failed to deliver Brexit. Worse, in a mistaken and doomed attempt to maintain party unity, the deal that the Maybot produced was not actually Brexit. It included membership of an EU Army, (as mentioned here), the accursed Northern Ireland backstop and worse. About the only thing that the House of Commons has got right in the past couple of years is to reject it no matter how often presented (although BoJo voted for it at the third time of asking).

We now have a PM who has produced a lot of noise, lost his majority and put the entire governance of this country in the hands of Supreme Court judges. Brexit remains a mess. This mess is entirely the creation of the Tory party (never forget that the ghastly Speaker was a Tory), who have consistently failed to put the interests of the country ahead of their own political advantage. Had they delivered what they undertook to do, much of the subsequent damage that has been done to this country would have been avoided. The destruction of due process and the undermining of our system of democracy, the repeated failures of leadership, all happened on the Tories’ watch. Their abject failure to deliver Brexit exposed the flaws in our politicians and the political processes within which they operate.

Which is why the Brexit Party (remember, a party that really does not want to exist) has two aims. The first is to get out of Europe, the second is to change politics for the good. Brexit Party candidates are business professionals, not professional politicians. They have no ambition of self-advancement; we merely wish to sort out the festering mess that has been created by a self-interested political system. Oddly enough, this resonates on the doorstep, as JRM jolly well knows.

And even if Boris does somehow get a deal that is Brexit (i.e. not a recycling of the Maybot’s Withdrawal Agreement), the real problem is not solved. Our political leadership is pathetic because our MPs are, with a few exceptions like JRM, utterly unsuited to the job. This can only be because the political parties are not very good at selecting candidates, and all of them seem in thrall to the concept of professional politicians. Is it really the case that for the past 30 years the most able person in Hackney North and Stoke Newington has been Diane Abbott?

So that needs changing, and that is what the Brexit Party was founded to do.

As regards the ‘Vote Brexit, get Corbyn’ line, it is drivel. There are scores of traditionally Labour constituencies which voted Leave. It is very unlikely that these will change to Conservative, even if there were a decent Tory candidate whom voters trusted to Leave. On the other hand, a strong Brexit Party candidate would triumph. While within the M25 Corbyn may be seen as a credible potential PM (although there are many on his benches who don’t buy that), the further you get from the metropolis the less popular he is. This country is now one of small businesses, not trade unions (other than in the public sector). The Brexit Party has offered not to stand against Leave Conservatives; the response was rude and ridiculous. I suspect that the offer will remain on the table and at some stage BoJo will take it. If he does not, the Tory party will be destroyed at the ballot box.

Rather than lecturing Leave voters on which party to support, JRM would do better to offer a reason for the Conservative Party to be worth saving. I wish him luck with that, because step one is delivering Brexit by 31 October.