NewsPaperthe art of publishing
Home News How lack of electricity is forcing Africa’s poor to seek the urban...
0 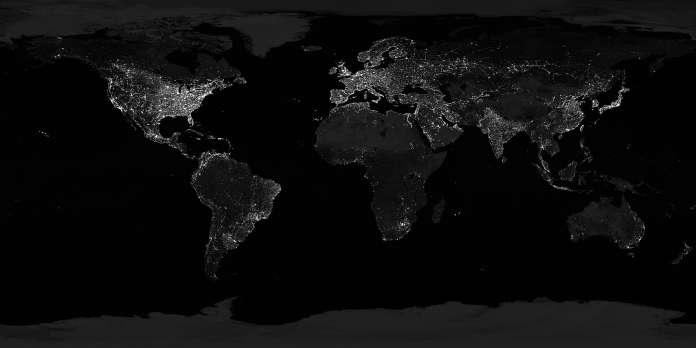 TO mark the Global Warming Policy Foundation’s Energy for Africa Week, we are publishing ‘Heart of Darkness: Why energy poverty is a security issue’, the first paper they’ve commissioned. It is a personal view of the problems of energy access in sub-Saharan Africa by journalist Geoff Hill. Today’s third instalment focuses on the reason for the pace of urban change and growth and depopulation of the countryside – energy poverty.

Where do you begin to understand the change happening across Africa? I’d start at Park Station in the centre of Johannesburg, a rail hub, but also a taxi rank stretching for several blocks. Here, buses, cars and minivans pull in from across the region. The rural poor, who are lifting the city’s population at three times the national growth rate, arrive here daily in hundreds, sometimes thousands.

The taxis and buses are known as matatus in Kenya and malaisha in South Africa, meaning ‘we are never full’. There’s always room for one more passenger, another bag, sometimes even a goat. A vehicle built for 12 may carry double that number, plus driver, luggage (usually on the roof) and a conductor-cum-bouncer known as the ‘windy’ who stands by the open or missing door, holding on to whatever he can, at speeds well over the limit.

Most of the routes are within South Africa, but some will take you across any of the borders sans passport: the windy knows how to bribe officials on both sides. Traffic runs 365 days a year, but January is different. With the final year of school behind them, graduates head for the richest city in Africa, with cases and haversacks, certificates and CVs, in desperate search of a job. Most will be disappointed, but few go home. Instead, they bunk with friends or relatives in one of the townships: high-density suburbs that are elsewhere known as slums. In a room the size of a garden shed, sleepers do the best they can, sharing blankets in the cold or braving mosquitoes to lie outside in summer.

In 1960, Africa had just 250million people. In 2019, the population has reached 1.3billion and that figure is set to double in the next 30 years. Couples are having smaller families, but of the world’s 30 fastest-growing countries, 26 are here. And where, 20 years ago, the rising population was rural, today it’s urban. The move to the cities is taking place across the world. Europe and the USA are more urban now than at any time in history. Australia has 70 per cent of its 25 million citizens in just eight cities. Ninety per cent of Canadians live within 150 miles of the US border. Britain has tipped into the south-east, and where towns in Kent or Hampshire have grown, it’s as commuter hubs for London. New Zealanders are shifting to town at 1 per cent per year. Britain and the US are just below that rate.

In Africa, the pace of change is different. The world’s ten fastest-growing cities are on the continent, and forty of the top 50. In Tanzania, urban populations are expanding at 5 per cent annually. Kenya, Namibia, Mali, Mozambique: move your pointer anywhere across Africa and you’ll find a Park Station and buses full of youngsters, all moving away from the traditional life of crops and cattle in search of the urban dream.

One of the big drivers is lack of power in the countryside. I fly regularly between Johannesburg and London, always at night, and as we cross Chad or the Congo, there are flares of light below, marking cities such as N’Djamena or Kinshasa. But for thousands of square miles, it’s like looking down on black velvet. There are people, settlements, farms and huts, but no power. In Zimbabwe, for example, with one of the best line networks in Africa, mostly dating back to the 1970s, power ends at the local ‘growth point’, a collection of stores and markets. In the huts and villages beyond, there’s not a spark. Faced with that, who wouldn’t move to town?

Urbanisation has also changed the mathematics of industry. While there seems a crying need for decentralisation, the more people move to the city, the less sense it makes to manufacture goods anywhere else. It doesn’t have to be this way. In 1973, Australia elected the first Labor government in 21 years. Prime Minister Gough Whitlam saw himself as a revolutionary, and one of his passions was the growth of rural towns. His pilot project was Albury and Wodonga, two settlements on opposite banks of the Murray River. Albury is in New South Wales, with its sister town a mile away and across the state line in Victoria. Land was bought by the Federal Government, industrial sites established and incentives granted to industry. Some firms were lured from Sydney and Melbourne, including the US multinational Uncle Ben’s. Whitlam’s successor, Malcolm Fraser, scrapped the project just three years later, but despite this the ‘twin cities of Albury Wodonga’, as they are known, had taken hold. Although the population remains considerably smaller than Whitlam envisaged, growth remains positive.

This was possible because in Australia, every last billabong is close to a power line. With an area many times larger than any country in Africa, Australia has achieved universal access. So where Africa has an exodus, one in four Aussies was born overseas, and polling shows that millions would move there if they could. India and China are now the top source countries, with Britain third and South Africa in the top ten. Requirements have been tightened, more are turned down, but most worryingly for rural Australia, two-thirds of migrants settle in Sydney or Melbourne.

For all that, Australia has a rural soul. Its most famous paintings have names like ‘On the Wallaby Track’ and ‘Across the Blacksoil Plains’ and the country’s biggest-grossing film is still Crocodile Dundee with Paul Hogan as the outback hero. Another epic, Picnic at Hanging Rock, focused on a rural girls’ school where students vanish on a day out in 1901. Even the national song, Waltzing Matilda, tells of a swagman or vagabond arrested for poaching: for all its city gloss, at heart Australia is one big sheep station.

The dream of ‘kumusha’

In the same manner, Africans talk of the village. In tales passed on through generations, it’s the jungle or savannah that features most, prompting the question: if there were jobs, would the young stay at home?

Like Mecca to Muslims and the Vatican for Catholics, so kumusha holds a sacred place for Zimbabwe’s Shona-speaking people.

My late father was a water engineer in Rhodesia (now Zimbabwe) and I spent some of my childhood in places with few other whites. I learned to speak Shona and heard tales from the elders of mythical beasts and wars with other tribes that happened so far back no one was sure of the year, but with each telling the battle was harder, the bravery greater and the victory more intense. Those who fell were buried kumusha.

There is no direct translation in English, but ask a Shona where they are from and they’ll name, not necessarily the place they live, but their kumusha, a district which is home to their chief and the graves of their ancestors.

In the US, Canada and much of Latin America, indigenous people were exterminated like vermin. Africa’s experience was less brutal, but colonial governments routinely uprooted black villages to make way for towns or farmland. It was a big deal, leaving graves and spirits, a memory of rocks and trees known for centuries, and the river where every generation of kids learned tomswim.

In 1998, I was living in Harare when a family I knew from the rural village of Murehwa lost their 20-year-old daughter, Christine, to meningitis. Her brother, Alexander, was helping me research my first book on Zimbabwe, and he went home for more than a month to arrange the funeral and comfort the family. A year later, they held a nyaradzo, a final letting-go, where everyone gathers in the village at sunset and, until dawn, they eat, drink and pass over and again through the thatched hut of their loved one. Like a Viking funeral, some set fire to the house as a last salute.

With me on the drive from Harare were Alexander and two of his cousins. Murehwa is just 35 miles north-east of the capital. After the end of the tarmac road, we made our way slowly across tracks that were more like a ploughed field, past a place called Chizanga – the last store with electricity – and on to the village. I met the elders and the rest of Alexander’s family, and while the men sat by the fire drinking beer from a gourd, the women prepared a meal of maize and beans.

These are not Africa’s hillbillies. Everyone spoke English, the kids were all at school, and thanks to a love of extended family – largely lost in the developed world – money was sent home each month by those in town. The overwhelming sense is one of attachment, and that is what kumusha means. If, as Mark Twain said, ‘home is where you want to be buried’, then this was it. When Alexander died in 2014, aged 38, from complications linked to HIV, he too was buried kumusha, survived by his widow, two daughters and a son.

In most of Africa, the village is dominated by children and grandparents. Those of working age have gone, but the bonds remain. Christine’s family would stay here if they could, but it is difficult. Would it be different if there were jobs to be had? If there was industry – with electricity to run it? Surely then fewer people would move to the city. But how can this power be delivered?

Geoff Hill
Geoff Hill is a Zimbabwean writer working across Africa. Formerly special reports manager for Rupert Murdoch's flagship paper, the Australian, first non-American to win a John Steinbeck Award and author of the bestselling The Battle for Zimbabwe. A life-long conservationist, he has written extensively about the environment.