How eco-maniacs would make society extinct 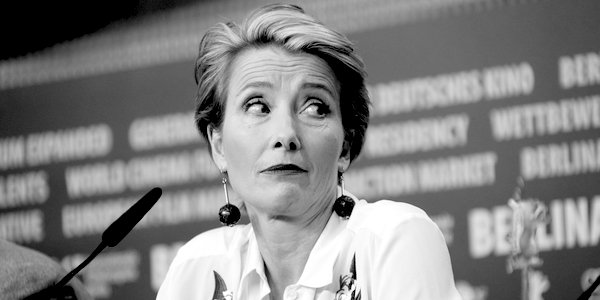 ANOTHER day, more Extinction Rebellion inconvenience and another busy day for the Met and the courts. And of course, no doubt more photo opportunities for celebs.

The Telegraph tells us that Monday’s demonstrations were much enhanced by the contributions of luminaries such as actresses Juliet Stevenson and Ruby Wax and models Daisy Lowe and Arizona Muse. (The good news there is that it seems Ms Wax has realised that she is not funny and stopped attempting to be a comedienne).

Even more impressively another actor, Sir Mark Rylance, revealed that he had quit the Royal Shakespeare Company due to its links to the oil industry. And of course, some clerics turned up; one, Canon John Halkes, stating that he couldn’t see any alternative method of tacking climate change. Oh, really?

The stated aims of Extinction Rebellion are to declare a national emergency, to reduce net emissions to zero by 2025 and to create a citizen’s assembly. The implication being that nothing is being done. The reality is rather different.

The first point is that currently just 8 per cent of our total energy comes from non-CO2 sources. Increasing that to 100 per cent would involve building 12 times the number of solar, wind and nuclear power installations, which is impossible in five years.

So if Extinction Rebellion really wants to deliver zero carbon in five years, it can only be done by reducing energy consumption by over 80 per cent. So perhaps they could enlighten us as to who is not going to be allowed to heat their homes, or have hot water? Or light (30 per cent of UK energy consumption is domestic)? How are people going to get to work (another 30 per cent of UK energy is used in transport)? How is food going to be delivered to cities? Who will starve? Who will die?

Oddly, none of our celebs seem to have addressed these questions and none of our intrepid interviewers have challenged them.

The stark reality is that the Extinction Rebellion target would destroy society – and a broken society can’t afford theatre tickets or high fashion. Of course, courtesy of Extinction Rebellion we have already seen the heights of luvvie fatuousness – back in April, the lovely Emma Thompson flew in from LA to join the demonstration. So far we (and the planet) have been spared her participation and pontification.

The biggest lie behind Extinction Rebellion’s posture is that the government is doing nothing; the UK has actually committed to being zero carbon by 2050 and is investing in the technologies that are necessary to deliver this. Gordon Brown set up the Department for Energy and Climate Change in 2008. The government has been subsidising ‘green’ energy ever since to stimulate technical developments and that is working – wind energy is now price competitive with fossil.

But wind and solar energy are not enough, particularly in the compressed timeframes that have been imposed. We will need more nuclear power and we need to get nuclear fusion. These too are both being supported by the government, which has just announced further investment in fusion (in which we lead the world). So actually, luvvies, we’re on that too.

Which leaves their aspiration of a ‘citizens’ assembly.’ Funnily enough, we’re already got one of them. You may have noticed the big, gothic monstrosity on Parliament Square. There is an election coming up and you are welcome to stand.

Nearby you will find places like the Institute for Mechanical Engineering and the various colleges of the University of London. They produce the engineers needed to develop and deliver the technology we need (which will include CO2-free aircraft in time, so Emma can flutter about with a clear conscience).

A couple of miles to the east you will find the City, which is where the money comes from. In the past ten years over $2.5trillion has been invested in green energy. That is about the same as the entire national debt of the United Kingdom.

So luvvies and loonies, can you please do yoga in your garden, paint your own houses whatever colour you like, tie yourselves up to your heart’s content anywhere but a public highway and, if you must, smear yourselves with Marmite. But don’t get in the way of those who are already legislating for, inventing and financing the technologies that should be able to keep the lights on. Just go home.