NewsPaperthe art of publishing
Home News How can you deal with Islamic terror when you’re afraid to mention...
0

How can you deal with Islamic terror when you’re afraid to mention Islam? 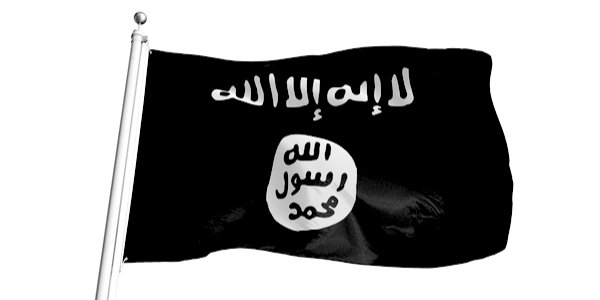 Most de-radicalisation programmes under the government’s Prevent strategy are failing, according to a report commissioned by the Home Office itself.

The study, by the Behavioural Insights Team (BIT), found that out of 33 de-radicalisation programmes designed to prevent people from succumbing to far-Right and religious extremist grooming and recruitment, only two were effective and some were actually counter-productive.

The fundamental reason for their failure, it seems, was their refusal to deal with the specific problems and challenges presented by Islam. The Times reports:

‘ . . . the study concluded that facilitators were uncomfortable dealing with sensitive topics and would often refuse to engage if they were brought up. BIT found that teachers in particular were afraid to bring up matters of race and religion with their students without appearing discriminatory, often causing them to refuse to talk about these topics entirely. Other schemes placed too much emphasis on subjects of offence and Islamophobia which prompted some Muslim participants to report a reduction in their support for freedom of speech.’

So the strategy designed to head off the principal threat to Britain, which comes from Islamist religious fanaticism and Islamic holy war, won’t actually engage with the problematic issues in Islam.

This ludicrous state of affairs is due to the persistent, false and misleading claim by the government that the problem is extremism in general. Ministers and officials constantly seek to equate the relatively tiny (if growing) threat posed by ‘far-Right’ extremists with the infinitely greater threat posed by Islamic extremism.

That’s because, even today, the government is still wilfully refusing to identity the root cause of the biggest threat facing Britain and the West as what it actually is – the practice of Islam rooted in a literal interpretation of its religious texts which, although millions of Muslims don’t subscribe to it, currently dominates the Islamic world.

Little if anything seems to have changed in the British official mind since I wrote my 2006 book Londonistan about the supine surrender of the political, legal and cultural elites to Islamisation. While researching that book, I interviewed a very senior government official and suggested to him that Islamist terror attacks were driven by Islamic religious fanaticism.

He wouldn’t have it. To say such a thing, he claimed, would be to ‘demonise’ all Muslims. I tried to point out his absurd non-sequitur, akin to claiming that the Spanish Inquisition couldn’t be said to have been perpetrated by the church since that would demonise all Christians (including the Christians who were its victims, just like Islamic extremism creates Muslim victims); but he would have none of it.

It is, of course, not just ludicrous but lethal to pretend that Islamic attacks or Islamisation are not the outcome of the dominant interpretation of Islam, just as it is false, unpleasant and irresponsible to claim that all Muslims subscribe to it.

The refusal to acknowledge that Islamist extremism is driven by Islamic religious fanaticism is why Britain is still failing to deal adequately with this problem. It’s why, despite the revelation in 2014 of the plot to Islamise some Birmingham schools, and the warning by the former police counter-terrorism officer who led the subsequent inquiry that a similar situation was likely to obtain in schools up and down the country, no government action has been taken to discover or deal with this.

It’s why the appalling plight of thousands of young white girls sexually groomed, raped and abused by mainly Pakistani-heritage Muslim pimping gangs was not only ignored for so many years by police and welfare officials but, even after being exposed by the Times reporter Andrew Norfolk in 2011 and in many subsequent articles, and even after the numerous criminal trials of such gangs since, the practice is still continuing.

De-radicalisation may be in any event a hopeless cause. But it is doomed to certain failure in a society which refuses even to acknowledge the nature of the radicalism itself.