NewsPaperthe art of publishing
Home News How can Javid balance the books?
0

How can Javid balance the books? 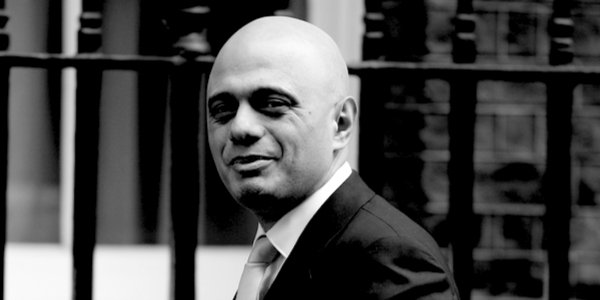 INTERESTING times ahead for Sajid Javid, I think.  While the country waits with varying amounts of joy for 11pm on Friday, the Chancellor has a Budget to prepare. He works for a skilful and lucky Prime Minister – his job is to keep BoJo lucky. While no credible forecast is anticipating disaster on 1 February, when we leave, or even on 1 January 2021, when whatever trade deal we negotiate commences, the economic path ahead is not as easy as it could be, even if there is a Boris Bounce.

Notwithstanding the various promises made in the election, government spending is not yet under control, inasmuch as the government continues to run a deficit. It is anticipated that in March the national debt will be over £1.8trillion, or around 85 per cent of GDP. Economists get alarmed as debt rises, and very shouty if it exceeds 100 per cent of GDP. While at the moment we have exceptionally low interest rates these will rise at some time, and that time will not be of Mr Javid’s choosing.  So there isn’t much money to fulfil election promises.

Clearly there is some short term uncertainty about Brexit, and this will be used to justify some infrastructure spending, much of which, for political reasons as well as need, will be a long way north of Watford. If the Chancellor can slay the HS2 dragon (which seems to refuse to die) he’ll have a few quid to play with. But it doesn’t end there.

Firstly there is the minor challenge of converting the UK economy to net-zero CO2. As it happens, this is not too tough in engineering terms (neither Greta nor the XR buffoons are engineers). The short version is lots of new clean power stations (about 50 x Hinkley Point C, or 250,000 wind turbines, or several million acres of solar panels plus lots of batteries). And a conversion of the gas grid from methane to hydrogen (which is largely already done). The bad news is that this is not cheap – say £1.5trillion or more. That would be the national debt doubled, unless some clever scheme can be found.

Secondly, and more politically urgent, is sorting out the housing mess. In his recent book Home Truths, economist Liam Halligan expands on the shameful lack of housebuilding in the UK, particularly social housing. He produces a compelling analysis which points out that the younger generations voted Corbyn for the simple reason that capitalism is not working for them. In an earlier position Sajid Javid was aware of this, and the causes. Building the 2.5million houses that the UK lacks is possible, but it will require the Tories to confront some vested interests, a major shakeup of planning and a slug of government cash.

This brings us to the third challenge. The City is not working properly and our banking industry is dependent upon over-priced housing for its solvency. If house prices fall significantly, banks get a security shortfall and their balance sheet goes all wobbly. If house prices don’t fall, not only will Generation Rent never get a home, all that capital sitting in the alleged value of the land underneath a house cannot be freed for creating economic growth. One of the great benefits of Brexit is that it removes Brussels from the regulation of our financial sector and therefore simplifies the political part of reform.

Meanwhile the headlines are dominated by the travails of Flybe, which seems to have run out of cash. While it was right and proper for HMRC to accept a deferred payment as it is in no one’s interest for a company to go bust, Flybe is now seeking an emergency loan from the government on ‘commercial terms’. Much as I love Flybe, the Chancellor must be firm; it is not the job of the government to compete with commercial lenders. If Flybe can’t raise money from commercial lenders, there is a reason. It needs either to get its shareholders (which include Richard Branson’s Virgin) to invest or appoint an administrator.