NewsPaperthe art of publishing
Home News How can it be racist to tackle crime where it’s at its...
0

How can it be racist to tackle crime where it’s at its worst? 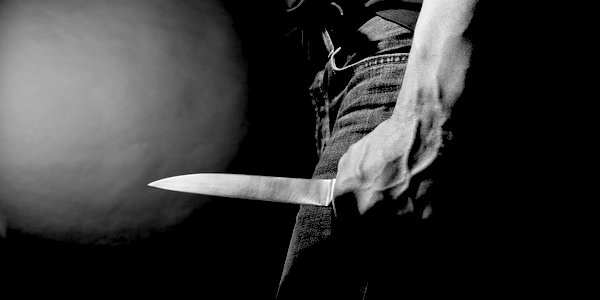 Trevor Phillips OBE, former head of the Commission for Racial Equality, has called for drastic measures to tackle knife crime in our inner cities. He wants the police to be able directly to target whatever groups of people and whatever neighbourhoods they feel appropriate, without having to worry about accusations of unfair discrimination.

You won’t find anyone with better anti-racist credentials than Phillips. However, to believers in hardcore multiculturalism, his questioning of some of their pieties has made him rather suspect. The Guardian has described him as ‘an astute self-publicist.’ They don’t seem to like it when someone strays from their orthodoxies.

Frustratingly for some, Phillips can’t be dismissed as racist, as he is of course black. He is also someone who knows his stuff and is honest and tough-minded enough not to dance around delicate issues. He is a man we should listen to.

Some of those victims might have been criminals or thugs themselves, but certainly not all. It helps no one, least of all the victims, to ignore the numbers, and the police should be allowed to shape their responses to take account of them. Even if some find that awkward.

Any young man in our inner cities, especially if black, who strays into the wrong postcode and offends a gang’s sense of territory or who shows insufficient deference to some street-corner Napoleon, can end up a casualty.

As Phillips puts it, ‘white liberals’ should admit that much urban violence is ‘black children killing black children’. Between 1st November and 16th November 2018, three black teenagers were killed in London. Jay Hughes 15, John Ogunjobi, 16, and Malcolm Mide-Madariola, 17. You can see their faces here.

Malcolm was an A* student, studying business at college. According to his teacher, ‘a sweet kind boy with a cheeky sense of humour’.

I hate to think of his family’s anguish.

It will probably disappoint actual racists to be told that Britain had gang warfare and knife crime long before we had a substantial black community. Glasgow had its razor gangs. Sheffield, between the wars, was so torn by violence linked to its illegal betting rackets that it was known as ‘Little Chicago’. Many of our other major cities had tightly organised criminal gangs and a widespread culture of violence in working-class areas. All pre-dating the immigration that came from the sixties onwards.

But the violence now, with its links to the drugs trade, is even more pervasive, encouraged by social media and celebrated by rap music. Particularly the sub-genre ‘drill’, an urban nihilistic war-chant, spread by smartphone.

Crime, like much behaviour, varies over time in type and frequency between different population groups. It’s not racist to say that: it’s just recognising how human culture works, even if the causes for the differences aren’t always clear. If we can’t acknowledge those variations and tailor solutions accordingly, we may as well give up.

So I agree with Trevor Phillips. The police should actively and forcefully target whoever they think necessary without fear of causing political offence. Sadly, our hapless Prime Minister messed up here in her previous stint as Home Secretary. The one powerful tool the police had was stop-and-search. But presented with evidence about an apparent racial bias in its use, Mrs May ordered the police to limit it drastically.

As Alasdair Palmer, one of Mrs May’s former speech writers, explained in the Spectator, the report on which she based her decision didn’t show what she read into it. In gross terms, black men were more likely than whites to be stopped. However when adjusting for the areas of high street crime where the tactic is used and who was on the street at the relevant times of day, the supposed racial bias shown in the numbers completely disappeared.

David Fraser, writing in The Conservative Woman, has taken apart the deeply misleading nature of stop-and-search figures. It’s well worth reading his article in full. Although as we all know, correlation is not the same as causation, David shows how a significant drop in stop-and-search has gone side by side with a jump in knife crime.

And it’s young men like Malcolm Mide-Madariola who pay when those making the decisions on police policy base their decisions on the most superficial reading of the statistics.

Of course the police should be audited on their interactions with the public. There is always potential for abuse and there have certainly been periods in the past where the attitudes of many officers towards minorities were frankly awful. But times change. It’s not the 1970s any more, when the ‘sus’ laws (thankfully long since abolished) meant black youths would find themselves in front of a magistrate for just arousing the ‘suspicion’ of a police officer.

We’ve come a very long way since then and accountability is much easier to oversee. Technology such as body cameras and various recording devices mean police conduct can be monitored where necessary. And as someone who, when much younger, has experienced a few, I know that police pat-down searches on the street are hardly intolerable tyranny.

There are of course important concerns about police numbers and how police time and resources are used. But without stepping into these arguments, we can still see that Trevor Phillips should be supported in his call for the police to be allowed to use, within reason, whatever tactics will actually work. The cost of not doing so will be more dead and maimed of all races. More tragic losses like Malcolm.