Hold your nose and vote Tory today, but not necessarily again 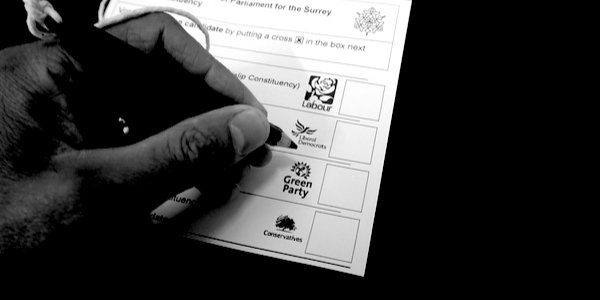 WHAT a depressing, unedifying, decision awaits us in this general election today. A choice between, on the one hand, a Tory Party which is likely – but no more than likely and certainly not guaranteed – to ‘get Brexit done’ as if it was merely a one-off event, a box to be ticked and then set aside: And on the other, a ramshackle Left-Green Remainer coalition under which it would definitely never be allowed to happen in any meaningful way, if at all.

Despite the pages of promises unrelated to Brexit in the various party manifestos, this is overwhelmingly a Brexit-dominated election. It’s taking place because of the need to break the deadlock imposed by a Remainer-majority Rotten Parliament that for three and a half years years strove not to implement the very instruction which it asked the electorate to give it. It refused to approve both any deal, and no deal. But it also usurped the power of the executive of the elected government to approve either.

So it’s with the withdrawal agreement now in prospect and its likely ensuing future trade agreement that consideration of how to cast our vote must start.

Despite the claims advanced in its favour, the extent to which Boris Johnson’s revised withdrawal agreement differs materially from Theresa May’s in areas such as the Northern Ireland backstop, the scope and duration of the continuing post-Brexit jurisdiction of the European Court of Justice, and Britain’s ability to strike new trade deals with non-EU countries, remains a matter of debate.

It’s also reasonable to ask how, when May was faced with near-absolute negotiating intransigence from Brussels for more than 18 months, Johnson was able to secure within mere weeks a revised withdrawal agreement which is apparently so changed from the original that it becomes not just acceptable, but praiseworthy.

I suspect that may be because the EU always had a fallback position ready, but which it never had to deploy because May’s team were such inept and conciliatory negotiators. But it’s a factor which we should bear in mind.

For me, the most persuasive assessment is that which acknowledges that Johnson’s revised agreement is very far from ideal, but that it is nonetheless a significant improvement on its predecessor and is probably just about good enough to make it supportable: A position that would become stronger if a big enough House of Commons majority enables Johnson to stick to his pledge that there will be no transition period beyond the end of 2020, and that preparations for a No-Deal exit on WTO terms should it be necessary on that date will continue.

But there often seems not to be a big expanse of blue water between the May ‘damage-limitation exercise’ and Johnson ‘something to get done’ approaches to Brexit. As the Daily Telegraph’s Jeremy Warner notes, doubts remain about Britain’s future relationship with Europe, and the possibility of a Johnson conjuring trick that would leave many Brexiteers disappointed can’t be ruled out.

So we aren’t home and dry yet, and anyone who believes that anything other than an outline of a comprehensive free trade agreement can be achieved by then is clutching at straws. Moreover, Brexit will be an ongoing process, not an isolated event: Full divergence from 46 years of convergence will take years, not months. We won’t begin even to glimpse the final shape of Brexit until well into the second half of 2020.

We’re therefore being asked to take an awful lot on trust, with no guarantee that we won’t end up with some kind of BRINO-plus with extended transition. But, being realistic, of the Brexit policy options that are likely to be in a position to prevail once the election results are in, this is sadly the least worst.

Which brings us to that question of the big enough Commons majority alluded to above, and Johnson’s curt dismissal of a tactical alliance with the Brexit Party to try to secure a solid pro-Brexit majority in Parliament by targeting Leave-voting seats, currently represented by Labour-Remainer MPs, which the Tories could never hope to gain but which a non-Tory pro-Brexit alternative might.

I’ve written previously at TCW about the mistakes made and lack of nuance, driven by egotism, on both sides; and the argument that dividing the pro-Brexit vote between two parties risks splitting it and letting in a Corbyn-led government or coalition that will either cancel Brexit outright or dilute it to sham-status is perfectly valid. The boost in Tory polling numbers and corresponding collapse in Brexit Party support cannot be denied, although which is cause and which is effect might be a moot point.

But there’s also something else. Following the failure of that tactical alliance to get off the ground, the Tories’ purpose, it appeared, became not just to win those seats through their own efforts, improbable though that remains in some cases, but to destroy the Brexit Party or at least seriously damage its credibility in the process.

It was discernible how, during the middle weeks of the campaign, considerable firepower appeared to be turned by the Tories and the Tory-supporting media on to the Brexit Party for threatening to ‘steal’ its voters from one end of the Tory Tent, while much less seemed to be turned on to the LibDems for trying to ‘steal’ its voters from the other end of it, the Daily Telegraph even publishing a soft-focus hagiographic puff-piece on Swinson that would not have been out of place in the pages of Hello! magazine.

The allegations of senior Brexit Party figures and candidates being offered inducements to stand down may have faded from public memory, but that does not mean they didn’t happen. Some of those claims sounded more credible than others, but Brexit Party MEP Ann Widdecombe’s account to Julia Hartley-Brewer of the inducements offered to her sounds genuine.

We’ve been here before. Similar tactics were used against UKIP in the run-up to the May 2014 elections to the European Parliament: Assiduous ‘offence’-archaeology to unearth candidates’ embarrassing past comments on social media; dire predictions of splitting the (then) pro-referendum vote and noisy, suspiciously well-timed re-defections accompanied by apologetic recantations, by ex-Tory candidates. Wanting to leave the EU was the policy of ‘closet racists, fruitcakes and loonies’.

Brexit Party MEP Claire Fox recently wrote eloquently about the levels of vitriol thrown at Brexit Party Leavers by Tory Leavers, and the arrogant yet patronising sense of entitlement and resentment evinced by many Tory Brexiteers towards the perceived upstart challenger to their assumed sole ownership of the Brexit issue.

The overriding impression of the last six weeks is that the Tories, despite their pre-election blandishments, would prefer a small pro-Tory metro-‘liberal’ majority in Parliament to a larger pro-Brexit but not exclusively Tory one, with the former even at the expense of the latter, and the Brexit Party killed off. So what’s really going on?

The 2016 Brexit vote was a multi-level, multi-purpose, demand. It was not solely a vote for one specific policy, namely, to leave the European Union, but something far more profound, deep-rooted and far-reaching besides: A revolt by the marginalised and ignored against the deracination and effectively de-democratisation of politics by a centrist-consensualist, elitist, technocratic managerialism stretching back for 30 years or more – a demand for a reversion to an earlier, different, more participative way of doing politics.

Both Right and Left appreciate this. The vote and the insistence it be enacted is about cultural insecurity as much if not more than it is about economic security, writes Gerald Warner at Reaction. Even that impeccably Man of the Left, Simon Jenkins recognises in The Guardian that this Brexit-dominant election is mainly about identity, not money.

To respect that deeper, wider demand by 17.4million requires a proper Brexit to be the launchpad, the catalyst, for an ongoing process of comprehensive democratic and economic repair and renewal, not merely a ‘get it done and move on’ tick in a box. And this is where the reservations about voting Tory today really start to intensify.

I’ve already written at TCW both on the doubts surrounding the kind of Conservatism and direction of travel Johnson would espouse and follow, and more recently on his comparatively underwhelming performance in his first five months as Brexit Prime Minister. Those doubts have not been assuaged by the criticisms of the somewhat defensive, safety-first, anodyne Tory manifesto as treating Tory voters with disdain.

So the gut feeling this election morning is that the Tory drive to ‘get Brexit done’ by treating it as purely one-off, short-term transactional, rather than long-term transformational, is part of a cynical wider operation of which this election and Brexit are certainly part, but not the whole. The orchestrated rejection and disparaging of those who ought to be its natural allies on this, and the presence on Tory candidate lists of paleo-Cameroon, soft-Brexiteer party-insiders certainly points that way.

As I’ve hinted in TCW before, I suspect the Johnson/Cummings/Number Ten strategy is to do something which can plausibly be labelled as Brexit, so they can claim to have ‘got it done’ as if it was just a box to be ticked. Then, having done that, to get back to business as usual with our cartelised political system largely unchanged, ignoring the implied deeper demand of the Brexit vote and silencing the Brexit Party’s ‘Change Politics for Good’ advocacy of democratic reform, thus suiting the Westminster technocratic-government elite down to the ground.

Just under a month ago, polling guru Michael Ashcroft elicited this pithy reply when suggesting that, despite the disappointment of no Tory – Brexit Party tactical alliance, Leave voters should nevertheless hold their noses and vote Tory. I suspect the comment by ‘Patriotic Ally’ summarises the thoughts of many.

Hopefully at some point in the future it will be possible for some of us to vote for the ‘Conservative’ Party without having to hold our noses. But, with their Brexit Party neutralisation operation having, according to YouGov’s final poll, largely succeeded, and their vision of Brexit sadly being the only one in serious prospect, to have any chance of seeing any Brexit at all, that is what we must do today. But not necessarily again.