Hit these bigots where it hurts – in the wallet 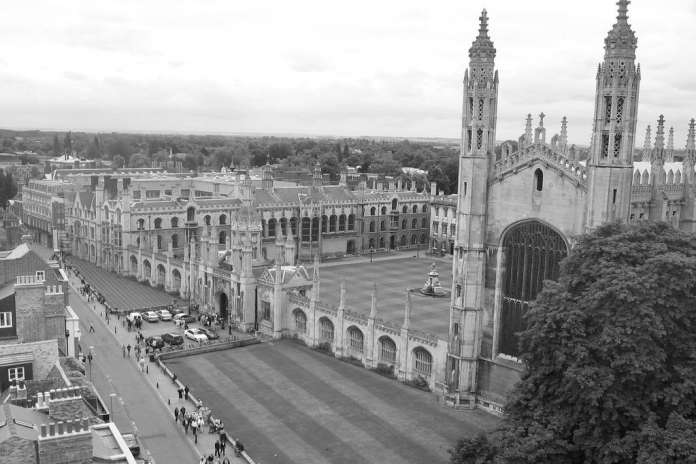 A QUESTION was asked last week on R4’s Any Questions about whether more should be done to ‘protect and preserve academic freedom and freedom of expression in academic institutions’. Fittingly, the programme was coming from Cambridge, a city whose university has not covered itself in glory recently on this matter. Not only has it rescinded the offer of a visiting fellowship to distinguished Canadian academic Jordan Peterson, but it has also just dismissed Dr Noah Carl, a young social sciences research fellow at St Edmund’s College. His crime? It is alleged that he had been involved in research areas that are not allowed, as set out in TCW by Laura Perrins.

The Any Questions presenter Jonathan Dimbleby referred only to Peterson to contextualise the question for the audience, and with the exception of Tory MP Suella Braverman, who at least referred to Cambridge and spoke of the ‘dangerous path’ that academic institutions can be travelling along, none of the others (Lib Dem MP Ed Davey, Plaid Cymru’s Liz Saville Roberts and Labour MP Richard Burgon) had the bottle to criticise the university and say its decisions lately had been regrettable, dismaying or plain wrong. Yes, the three of them articulated the point that freedom of speech was critical, and the best way to counter an argument was with an argument, but then they chose to conflate any recent happenings at the university once known for its free thinking with reference to Nick Griffin and the BNP.

Burgon acknowledged it was an important question and said that he was proud to make no apology ‘for the no-platforming of fascists’. When pressed by Dimbleby about the freedom to speak of those whose view it is that there is a difference between sexual identity (on the grounds that it is biological) and gender identity (on the grounds that it is cultural), he side-stepped answering whether such a debate should be closed down, preferring to say that, as a man who had never suffered oppression as a woman, he felt that ‘cis-women’ and transwomen should be heard in that debate. He wasn’t brave enough to be explicit about what he was really saying: that a man can have a view, take a position (as with Professor Peterson), but he has no voice. He needs simply to shut up and listen, presumably even if he’s listening to nonsense.

On Friday’s Politics Live, however, the BBC did have the Noah Carl case up for discussion. Dibyesh Anand of the University of Westminster struggled forlornly time and again to justify quite why it was that Dr Carl should have been hounded out of his post. The viewer could only assume that it was because he hadn’t really read any of the apparently offending work. Trevor Phillips articulated a vehement protest against the academic mob-driven dismissal of Carl by inviting the sociologist to quote anything, one single thing, by Carl that justified Cambridge’s firing. Anand, an associate professor whose lectures have had titles such as ‘Queering nations, decolonising states’, continued to flounder even with Left-winger Paul Mason attempting to support him. An irate and exasperated Phillips, who said he was ‘furious about this’, finally gave up. He had been trying to suggest to an uncomprehending Anand that there were times when research (for example in US schools with Chinese populations) could provide interesting and useful information on racially disadvantaged groups. No. Not listening. Neither was Mason, whose mind was now consumed with the ‘New Right’ and how ‘its enemy is the university’.

Anyone of a certain age who went through British universities in an era when there were a good few independent thinkers on the staff, as well as those prepared to toe the line, gets communications now and again from their alma mater asking for cash. Or a bit more cash. Direct debit if at all possible. Someone who has been more than generous to his old university, his largesse extending to £100million earlier this year, is the hedge fund billionaire David Harding. One wonders what this alumnus of Cambridge (St Catharine’s, natural sciences) would have made of such a clampdown on academic freedom and if he’ll be raising it with those who have recently taken his cheque. Be interesting to know.

Most of us cannot, even as baby boomers, dig into pockets as deep as Mr Harding’s to build new wings to science blocks or fund scholarships. Here’s what we can do, though. We can take a look at the 586 academics who signed the letter to destroy the career of a young academic, more than a hundred of whom are from Cambridge.

Check out if there’s a name from a place you’ve been sending money to. Maybe drop them a line about the cowardice of groupthink, about the dangerous and destructive nature of curbs on academic freedom and freedom of expression. And then cancel that direct debit.