History through a distorting lens 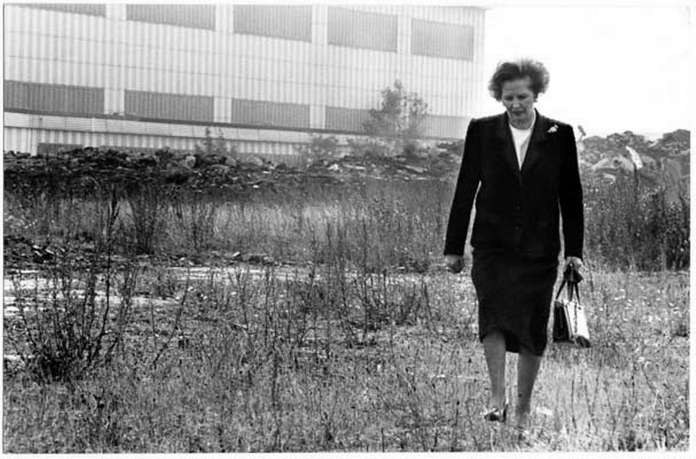 This review of The Prime Ministers – Reflections on Leadership from Wilson to May by Steve Richards (Atlantic Books, September 2019, £16.49) appeared on the Army Rumour Service website on September 2, 2019, and is republished by kind permission.

THERE is a saying in the Army that an officer’s annual confidential performance report tells the reader at least as much about the author as it does about the subject. That seems to be the case with this book, which comprises the author’s reflections on the leadership of recent prime ministers.

They also say that you can’t judge a book by the cover. Perhaps, but as this cover bears ecstatic comments from John Humphrys, Polly Toynbee, Jon Snow, Kirsty Wark and John Bercow, you get a pretty strong indication of the line. It’s no surprise to read that the author, Steve Richards, is a BBC presenter who has also written for the Financial Times, the Guardian and the Observer.

The book’s purpose is to do what it says on the cover, surely something of increasing importance as the wheels fly off the political wagon. For ex-military readers like me the word ‘leadership’ has distinct connotations, primarily relating to integrity and moral courage. One has to get over that as, let’s face it, integrity is a rare and debilitating trait in politics. Still, prime ministers do lead governments, so the word is appropriate. Seeking to define leadership or to identify its characteristics is a complex task, and establishing measurements even worse; as all political careers end in failure finding such measurements is almost impossible – the default is to work on how many elections were won and how long the prime minister remained in office.

The author’s approach is straightforward – a chapter on each PM from Wilson to May in chronological order. The format is an outline of their early life and career, followed by a slightly deeper look at their time in No 10. That comes out at 30 to 45 pages each, which inevitably means that the book is superficial. Absent any well-defined measures of a PM’s ability (the author cites an ability to be a ‘teacher’ – by which he means explain policy and persuade people to adopt it – and to ‘read political rhythms’) much of the comparative analysis is against the other prime ministers. Unfortunately, sometimes a comparison between (say) Wilson and Blair appears in both the Wilson and the Blair chapters.

There are some major irritations. To cite two, the author states that John Smith (the Labour leader who died, leaving the vacancy for Blair) enjoyed walking in the ‘Munro mountains’. Surely he is aware that a Munro is a Scottish hill over 3,000 feet high and that these are to be found across Scotland? Worse, he describes the trebling of university tuition fees as a 300 per cent increase; as anyone with GCSE maths would tell you, if you treble something you have increased it by 200 per cent. Some would say that this is a small point but it’s a symptom of inaccurate, sloppy thinking. If you can’t get the simple factual stuff right (or can’t be bothered) how is the reader to accept the more complicated arguments as valid, particularly when they are necessarily covering such a broad sweep?

The analysis has problems too. The author states that the phrase ‘one-nation Conservative’ is meaningless yet uses it extensively. He sees everything in terms of the political Left and Right, but that too is undefined. Tony Blair’s (in)famous ‘third way’ seems, in the author’s view, to mean finding a way of restating a question rather than a new philosophy of government to compare with socialism or capitalism. It is, it seems, a way of clinging to power for power’s sake rather than a method of deploying that power for the public good.

Richards’s selection of facts is partisan and incomplete. There is no mention of Peter Mandelson – surely one of the architects of Blair’s first election win. The ‘dodgy dossier’ is explained away as the result of Tony Blair having never had to deal with intelligence before. In considering James Callaghan he ignores his war service in the Royal Navy (where he rose from the ranks to be commissioned), surely a character-building and formative experience. He is also inconsistent: he quotes ‘senior civil servants’ in the Home Office who considered Theresa May ‘prime ministerial material’ but also notes that the only other Home Secretary to have become PM in modern times was Callaghan, some 30 years before. How would they know?

The author is not impressed by Brexit, which he sees as a populist uprising. He states that Jeremy Corbyn’s performance in the 2017 election ‘transformed the dynamics of Brexit’ while ignoring the rather more obvious impact of Nigel Farage.

It’s not all dire. The prose is light and readable and contains some delicious phrases, such as Tony Blair being such an accomplished actor that he could play Hamlet and Macbeth simultaneously – I think this was a compliment. There are many references to the obvious Shakespearean tragic heroes – Lear and Othello get an airing too. Richards quotes Blair (again) as saying that for a prime minister many decisions ‘become a choice between cutting one’s throat of slitting one’s wrists’ and goes on to observe that business leaders tend not to thrive in politics. What he does not investigate is why this is. Business leaders make decisions and take risks all the time; politicians don’t.

There is no escaping the fundamental flaw, which is that this book reviews history through a distorting lens and uses measures that are obsolete or irrelevant. Normally this would make this book a failure; in these challenging and confused times what it does remarkably well is demonstrate how the soft Left’s political establishment sees the world. In view of the current battles in Westminster it is therefore a timely read both for those who despair of Parliament and those who seek to thwart Brexit. As the author (almost) says, we have a titanic battle being fought by pygmies.