Help us fight smart over the BBC licence fee 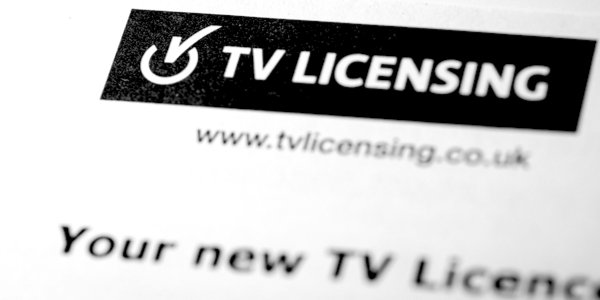 AN outdated Auntie telling the country what’s best for it off the back of taxpayers’ money was barely acceptable half a century ago, when there was next to no media choice in Britain. Now, with hundreds of channels, dozens of streaming services and more radio options than it’s possible to count, the TV tax is well and truly out of date. It’s why, this year, the TaxPayers’ Alliance have launched our Axe the Tax campaign.

That the BBC continues to control by far the largest share of both the television and radio markets, despite the enormous growth of alternative providers, shows how excessively it has expanded. Ironically, luvvies tweeting how much more the licence fee gets you than it did 30 years ago highlight this well.

The very concept of having to pay the BBC for the right to own a television, regardless of whether you consume its output, is anathema to those who value personal choice. The criminalised licence fee preserves the injustice of compulsory taxes dressed up as optional charges.

The Department for Digital, Culture, Media and Sport (DCMS) has recently launched a consultation on the decriminalisation of the licence fee. The TaxPayers’ Alliance is taking on the challenge, and we’re determined to make sure this is the first step towards the end of the current model of enforced and out-of-touch state broadcasting, both in the Beeb and, of course, Channel 4.

To do this, we’ll need to fight smart. Consultations such as this are designed to canvass specific proposals and invite suggestions for how changes can be made. This means that many responses end up disregarded by civil servants before they reach politicians, as submissions fall foul of the strict rules and people’s voices are lost in the bureaucratic churn. We’re determined not to let that happen this time. So we’ve created this nifty tool to help the public draft their submissions.

The civil servants collating the responses will group them into specific recommendations and the bigger the group, the more consideration it will get. That means we’ll need every voice we can get. If you’re sympathetic to what we’re trying to achieve, we need you to join us and tell ministers that licence fee non-payment must be decriminalised.

Why is this consultation important? Campaigns for major reforms take time. The Blob is the Blob for a reason: it has the backing of vast numbers of influential and prominent people. As the momentum behind scrapping the licence fee grows, BBC figures and their chief political, media and celebrity supporters are already reacting against the idea and fighting to defend it. The efforts to defend the licence fee will grow ever more intense. They will flood this consultation. If we lose this skirmish, taxpayers may well lose the war.

This will be one of our biggest fights to date, and won’t be won overnight. Those of us who want to axe the tax need a grassroots army to make it happen. Ending the criminalisation of licence fee non-payers is a crucial step forward.